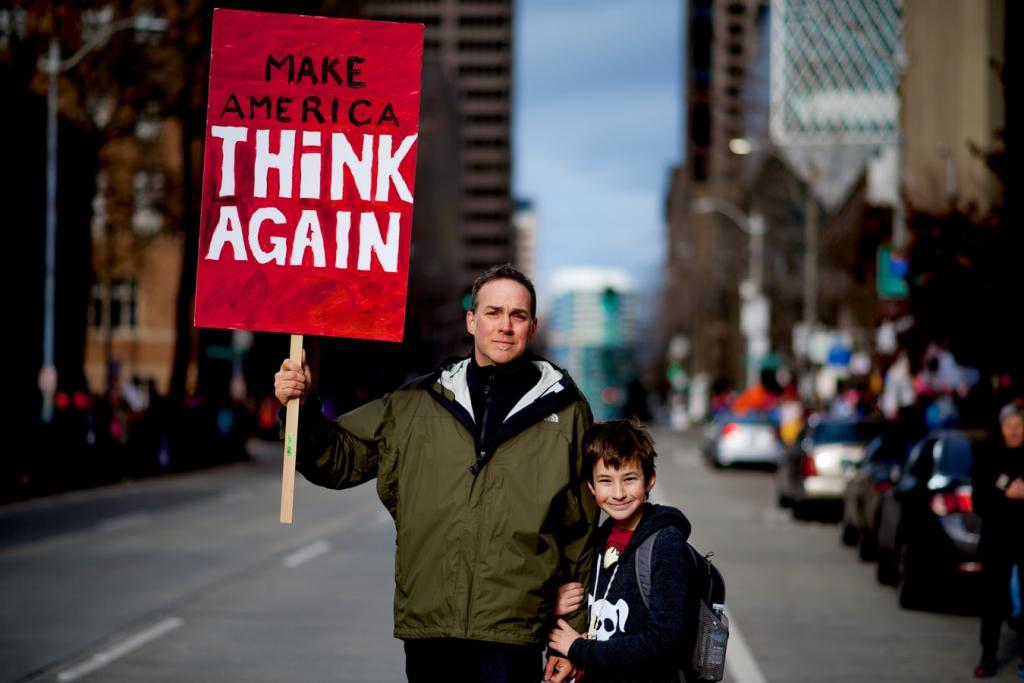 Christian historians will be studying evangelical support for Trump for hundreds of years. How did the American church get to the place where they were willing to align with someone of such low moral and ethical character?

When you point out the terrible things Trump says and does, Christian supporters say things like, “I’m voting for a leader, not a pastor.” Quite often, they point at his pandering comments about Christianity and say, “He’s a baby Christian.” They follow that up with, “We’re not supposed to judge others.”

But is that true? I’d suggest that this misunderstanding of Scripture is one of the worst things about modern Christianity.

Did Jesus tell us not to judge others?

“Judge not, lest ye be judged” is one of the most misquoted passages in the New Testament. And by “misquoted,” I don’t mean it’s wrong. I mean that it’s incomplete. What Jesus says in the Sermon on the Mount is this:

This passage is a warning. But it’s not so much a warning against using our judgment as much as it’s a warning against a judgmentalism that is entirely void of self-reflection. The danger here is that God promises to measure us with the same ruler we use to judge others.

Beware of wolves in sheep’s clothing

In the same sermon, Jesus makes this critical statement:

“Beware of false prophets, who come to you in sheep’s clothing but inwardly are ravenous wolves. You will know them by their fruits. Are grapes gathered from thorns, or figs from thistles? In the same way, every good tree bears good fruit, but the bad tree bears bad fruit. A good tree cannot bear bad fruit, nor can a bad tree bear good fruit. Every tree that does not bear good fruit is cut down and thrown into the fire. Thus you will know them by their fruits (Matthew 7:25–20).

The Lord warns his followers against false prophets (people who misrepresent God’s heart). And then he makes an essential point. They’ll look like you (sheep), but they’re really predators. The implication is that his followers will need to be discerning. They’ll need to make some judgments. If they accept everyone at face value, they’ll end up with wolves in their midst, and a flock of sheep is no match for wolves.

Then he answers the most critical question. How are his followers to make this judgment? Remember, the disciples have been told their whole lives that those who followed the law were true children of God. If someone was blameless regarding the law, they were perfect. Jesus wanted them to know that wasn’t necessarily the case.

But at least for the first-century Jew, impersonating a child of Abraham required some work. Quite often, it was a matter of proving your zeal for following the law. For the modern-day Christian, masquerading as a sheep is as easy as sprinkling Christianese lingo into one’s conversation. If we’re not allowed to question anyone’s sincerity, we put the church in danger.

For the first couple of centuries, claiming to be a Jesus follower put you at risk. Persecution was real, and it helped to weed out some who might want to exploit the church. In present-day America, there’s a lot to be gained by claiming to be a Christian—and very little downside.

And while there are millions of dollars to be made off of free-market Christianity, the wolves in the church are pursuing more dangerous ends. As of 2007, 41 percent of American adults self-identified as evangelicals. That is a powerful voting bloc for anyone who can control it, and the key is to convince evangelicals that you’re one of them and that they share their concerns.

We know that we are God’s children, and that the whole world lies under the power of the evil one (1 John 5:19).

It’s completely naive to think that a malevolent kingdom wouldn’t manipulate Christians for its own ends. The bad-faith use of Christian voters to maintain power runs contrary to everything that Christ’s kingdom is about. And while we live in a republic that allows us to exercise our voice, it’s imperative that we aren’t being led about by people pretending to be something they’re not.

What fruit should we be judging?

So when Jesus says that we should judge a tree by its fruit, what is he saying? What should we be looking for?

Many Christians will think, “That’s easy. Paul talks about the fruits of the Spirit. So it must be things like love, joy, peace, patience, kindness, generosity, faithfulness, gentleness, and self-control.” Sure. These things are important. If someone’s void of these things, it should cause some alarm. If we’d simply used this as a rubric for judging Trump, no Christian would have assumed he was one of them.”

But Jesus is talking about more than the fruit of the Spirit. This is one of those cases where running to a concordance and finding words that are alike isn’t entirely helpful. First of all, none of us display characteristics like joy, peace, and patience consistently. And it’s entirely possible to put on some of these characteristics in public.

Jesus’ life demonstrates the fruit we should be looking for. When an imprisoned John the Baptist hears a bunch of gossip about Jesus, he begins to doubt that he’s the Messiah. He sends his disciples to ask him, “Are you the one, or should we be looking for someone else?”

Jesus responds, “Go and tell John what you hear and see: the blind receive their sight, the lame walk, the lepers are cleansed, the deaf hear, the dead are raised, and the poor have good news brought to them (Matthew 11:4–5).

Do you see what he’s saying? He’s telling John not to be distracted. The prophet needs to look at the fruit of Jesus’ life and ministry. And while we can’t expect miracles like this from other Christians, we should expect this kind of fruit. We should expect that people who follow Christ are having an impact in the lives of people around them. They should be making lives better for others, especially for people that society casts off.

One of the reasons we don’t want people judging us is that we don’t want people expecting very much from us. We want to reduce faith to things like church attendance and theological knowledge. And while those things are great nutrients, for growing fruit. They aren’t fruit. And it’s the fruit that tells the truth.

Where should our focus be?

Let’s be clear. The kind of judgment Christians are called to isn’t about deciding who are good people and who are evil. It’s more nuanced than that. First of all, we have zero business turning a judgmental eye on those outside the church.

For what have I to do with judging those outside? Is it not those who are inside that you are to judge? (1 Corinthians 5:12)

Too often, the people quick to condemn others for judging them are entirely comfortable passing judgment on people who don’t claim to follow Jesus. It’s a complete waste of time and energy to judge people by a standard they don’t profess. Christianity isn’t about good people vs. bad people. It’s about two separate kingdoms. It’s not only fruitless to judge people in another realm; it makes your kingdom unattractive and despicable.

And that doesn’t mean that we should be pointing fingers at one another. Judging those within the church isn’t about turning on one another. None of us are perfect. It’s about encouraging growth and maturity.

The place it becomes critical is when we get into the realm of leadership. Too many people climb the ranks of Christian leadership based on talent and not fruit. “Can you play an instrument? Are you a charismatic speaker? Can you remember and regurgitate Scripture? Step to the front of the line, please.”

This is why we end up with so many churches with ineffectual church leaders at best or abusive and manipulative leaders at worst. It’s why we belly up to the bar of any politician who peppers their speech with Christian phrases and Scripture.

If we were a little more discerning, this wouldn’t be the problem it is. This is why Jesus warns the disciples, “See, I am sending you out like sheep into the midst of wolves; so be wise as serpents and innocent as doves” Matthew 10:16). We always need to be gentle and patient with one another, but we also need to be wise.

Without discernment, the kingdom of God is overrun by pirates and brigands. 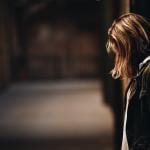 October 16, 2020
4 Reasons We Should Focus on Poverty Instead of Abortion
Next Post