A Gospel That Encourages Division Is Not the Gospel

A family member I hadn’t talk to in years reach out to me on Facebook. They felt it was high time we reconnected, and they were right. One of the first messages I received centered around the fact that they were a dyed-in-the-wool conservative and they’d gathered that I was now pretty progressive. “But that doesn’t have to define our relationship,” they suggested, “maybe we can learn from each other?”

Sadly, that wasn’t going to be the case. Eventually everything I said annoyed this person, and they’d start argument after argument trying to “fix my thinking.” In the end we both ended up throwing up our hands and going our separate ways — the chasm between us was just too wide to cross.

Humans find categorizing things very helpful. We’ll alphabetize, label, and organize things into a system that helps us find what we need, and understand what we find. Sadly, we too often do that to each other.

In the 90s I was a pretty regular Rush Limbaugh listener, I watched his television show, and subscribed to his newsletter. I got pretty entrenched in this binary worldview that divided everything up into liberal or conservative. Understanding a person was as simple as understanding one or two of their views.

Once I knew where you stood on any particular idea, I’d categorize you with the appropriate label and decide how to think about you.

(In case you think that I’m just taking issue with conservative thinking here, I found that those on the other end of the spectrum did the exact same thing. I wrote a post in March of 2014 about my disenchantment with progressives and their litmus tests.)

It’s a very human trait to want to label people as quickly as possible so we know where to place people — and how to interact with them. We do it with every aspect of our lives, from politics to faith.

The problem with tribalism

The problem isn’t just that we want to label others; it’s that we want to find a place where we belong. We want to feel secure and accepted, where there are people around us who we have something in common with, and where we understand how to speak and behave in a culturally acceptable way. We want our tribe.

The thing about finding our tribe is that we need to be define it in opposition to another tribe. If our clan is not defined by how it differs from a different sect, then we don’t really have a tribe — do we? We’re all just a bunch of people. But once we have defined and located a common other — someone we can compare ourselves to — this makes our gathering together more important and significant.

Conservatives only exist to be compared to liberals and vice versa. If there were no liberals (I heard a few of you whisper “hallelujah” just now), there would be no reason to define yourself as a conservative. The tribe only exists to compare itself to another tribe.

This means that we’re always running every conversation through a filter to define people’s appropriate tribe. Do they belong to my group or another? If it’s another tribe, is it one that my tribe affiliates itself with or not?

For Christians, this introduces a whole new list of categorizations. Are you a Christian or not? If so, what kind of Christian? As a Christian, what sorts of political viewpoints do you subscribe to? But as Christians, we need to seriously question these labels. Is tribalism Christ’s ultimate desire for us? Does Jesus look at people and place them into easily categorized groups?

In Ephesians 2, Paul talks about the divide that existed between the Jews and the gentiles. The Jews defined themselves by their distinctness and separation from the gentiles. But in Christ, God broke down that dividing wall of hostility providing the opportunity to make these two tribes one. He expands upon this idea in Galatians 3 when he tells us that in Christ there is no longer Jew nor Gentile, slaves or free people, or even male and female.

As Christians, we need to start eschewing the secondary labels we use to define ourselves. It’s only natural that we’ll find a theology that resonates with us and attend a place of worship where we feel more comfortable, but the moment we start defining ourselves as Calvinists, high church, Pentecostal, Catholic, or by any other preference or denominational affiliation, we’re creating dividing walls — not knocking them down.

Preference and disagreement isn’t wrong. It’s wonderful to be able to make a choice to worship where you feel more comfortable. But once you start letting those preferences define you in opposition to others preferences, you’re allowing (and sometimes encouraging) division.

We all interpret Scripture in a way that it makes sense to us. We’re going to find a theology that seems to weave the Bible together, but once the theology we resonate with becomes “the truth,” we’re creating dividing walls of hostility.

Like I said, I know what it means to want to identify with and belong to a tribe. In fact, there were often times in my life where I intentionally kept dissenting opinions to myself because I didn’t want to be ostracized.

The truth is that most of us are too complex to fit into the constrictive ideological frameworks that define our tribe. So we either don’t think deeply about the issues that we allow to define us, or we aren’t completely honest with ourselves.

As Christ followers, there is no room to over identify with any political ideology, theology, nationality, or philosophy. Our tribe is humanity gathered at the cross . . . and for those that don’t know yet that they are part of that tribe, we’re called to issue regular, constant invitations.

Any ideology, theology, or philosophy that we identify with that alienates others from the cross is off limits. 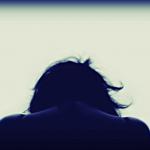 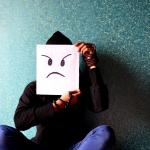 What Does The Bible Say About...
Religion Prof: The Blog of James F. McGrath
Related posts from Honest to God