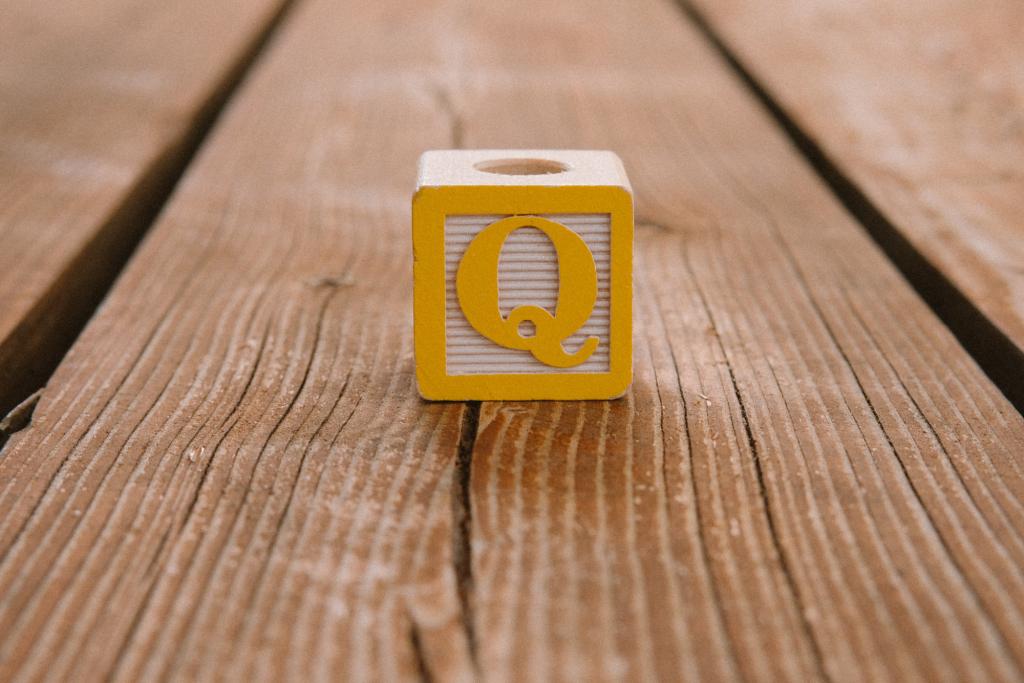 My wife and I just finished watching Q: Into the Storm, which is a bizarro thrill ride into all the strange characters at the heart of the QAnon movement. As we watched the six episodes, I thought of all the people I know who have been sucked in by this nonsense. Some of them are full-on QAnon rabbitholers, but many others have absorbed a lot of the philosophical garbage at the heart of this crusade.

Take, for example, one of the craziest conspiracies to come out of the whole QAnon sewer: there’s a whole cabal of Tinseltown power brokers and Democrats trafficking children to harvest their fear-based hormones to create Adrenochrome (a compound which is relatively easy to get on its own . . . I mean, you can just buy 25 mg for $55—but I guess that takes all the fun out of kidnapping and Satanic rituals).

I mean, seriously. This stuff is batshit crazy. And there’s really no way to unpack the belief system without it sounding like science fiction written by a 14-year-old boy on whippets.

But in response to the January 2021 American Perspectives Survey statement, “Donald Trump has been secretly fighting a group of child sex traffickers that include prominent Democrats and Hollywood elites,” 31 percent of white evangelical Republicans rated the statement as “mostly” or “completely” accurate.

A survey by Paul Djupe, a Denison University political science professor, showed that about 45 percent of the evangelicals surveyed agreed with QAnon’s beliefs. In fact, evangelicals came in third in QAnon belief among American religious groups, but slots one and two went to the catch-all buckets of “other faiths” and “non-denominational.”

But being a product of evangelicalism myself and living in a reasonably small evangelical town, I knew Q appealed to my people before the data. I heard murmurs of it at church, recognized it in family discussions, and scrolled through it in my news feed. Evangelical Christians didn’t have to follow Q to incorporate the nonsense into their worldview. It showed up in #SaveTheChildren hashtags and all the “stop the steal” nonsense.

So what is it about American evangelicalism that primes it for nonsense like this? How does it flourish so quickly? And what weaknesses does it reveal in this movement? Let’s examine some of the reasons this stuff thrives.

1. Engineered hatred of the left

Evangelicalism didn’t just embrace Republicanism as a political ideology; it allowed itself to get sucked into a decades-long, good-vs-evil narrative about liberals. It’s not only made policy discussions impossible, but it’s also paved the way for the most rabid villainization. You don’t even have to be a Democrat anymore. To not be a Republican is to be liberal, which makes you dangerous.

I’m not kidding when I say that I have been in so many evangelical spaces where the love of Jesus is spoken by the same people who gladly demonize over half the population.

This hatred of the left has created the perfect breeding ground for Q-like ideas. Rational people would look at something like Pizzagate with skepticism, but because it feeds into the American evangelical belief in personified evil and “the liberal agenda,” a lot of Christians don’t.

QAnon exists at the intersection of spiritual warfare and extremist partisanism. When it comes to justifying hatred of the left, there is probably nothing too bizarre or far out for many evangelicals to find plausible. This is why the Satanic panic of the late 80s was so widespread. People’s lives were ruined because Christians allowed themselves to get sucked into crazy stories about satanic daycares and secret cults. QAnon is virtually the same thing. It’s just that the modern recipe adds a dash of Democrats.

Before I was a Christian, my dad took me to some studies on Revelation at a Seventh Day Adventist church. This was a multi-week presentation that included reading material and a 40–60 minute lecture. Over the course of the class, it was revealed that the antichrist would be a Catholic pope, and it was backed up with hundreds of proof texts.

The information was presented as definitive. There was never a sense of “we think this could be the case,” “this is just our interpretation,” or “there are other ways to read Revelation.” This hypothesis was presented as a provable fact.

I became a Christian when I turned 21, and in the last 25+ years, I’ve heard so many different end-times scenarios taught as truth. People like Hal Lindsey, John Hagee, and Tim Lahaye made so much money folding current events into their eschatology. The crazy thing is that when current events didn’t play out as they were projected, they were never addressed again. These “teachers” just went on to the next thing. They would focus on the latest Palestinian uprising, blood moon, or microchip foolishness—and Christian publishers were more than happy to keep profiting off of it.

For the people in the churches, eschatology was nothing more than a choose-your-own-adventure book where you connect a worst-case scenario to a current event and then begin looking for Scripture to back it up. The sad truth is that when you start with your conclusion, you will always find the necessary biblical (and extra-biblical) clues to get you there.

It’s like evangelicals had been groomed for QAnon. All Q had to do was drop a few puzzles, and everyone else did all the work. So many folks became minor online celebrities just from interpreting all Q’s nonsense. And then once they decided what it all meant, they’d start discovering all these new confirmations. This is precisely how conspiracy theories work and why they’re so hard to disentangle.

But if American evangelicals are honest with ourselves, we’ve been conspiracy theorying the New Testament for a long time.

3. An utter lack of discipleship

One of Jesus’ last acts on this planet was to commission his followers to go out and make disciples. This assignment has somehow morphed into simply creating converts, where the goal is just to get someone to recite a salvation prayer. Most evangelical churches don’t have a plan to turn converts into people that act like Jesus.

For the most part, discipleship in American evangelicalism is about information. Discipleship is based on the ability to absorb and regurgitate Bible verses, theological info, and Christianese platitudes. In contrast, Jesus modeled a hands-on, full-life discipleship program based on mentorship with the outcome (fruit) as the proof of concept. You knew someone was a disciple based on what they produced—not what they claimed to understand.

I know this sounds cynical, but it’s a real problem. When Christianity isn’t based on Jesus’ model, people have absolutely no criteria for discerning Christian-sounding bullshit from true faith. One of the most startling elements of QAnon is the alarming amount of Christian-adjacent language and imagery found in Q-drops and this nutso community.

This leads to the perfect storm. You have Christians raised to identify one another based on insider language and behaviors. So the minute someone comes along who hates the same people they do and uses familiar terms and words, they embrace it—even when it looks nothing like Jesus. We saw this in 2016 when evangelicals bent over backward to sanctify Donald Trump as God’s emissary even when his attempts at speaking their language were clumsy and ridiculous.

Sadly, even when pastors recognize this problem, they’re afraid to speak up. Most American evangelical churches have a QAnon contingent, but they’re not being challenged by the people who are supposed to disciple them. Pastors are employees of the Christian industrial complex, and they’re marginalized and/or fired when they actually attempt to confront their congregant’s worldviews.

Meanwhile, these people are wandering around the church, assuming that everyone thinks like they do and saying whatever they want to whomever they want. The outcome? The only ones doing any actual discipling in churches are extremists. The people being silenced or pushed out of evangelical spaces (for some reason, it’s not being canceled when conservatives are doing it) are the ones being “divisive” by challenging this stuff.

There was a time when something like QAnon would have been considered fringe, but it is becoming the mainstream American evangelicalism movement. This religious movement (of which I still consider myself a member) is so entangled with political interests (Republicanism, conservative pundits, media) and big money (Christian publishing, religious schools, seminaries, and denominationalism) that no one seems to care that it’s almost entirely unmoored from the gospels.

The QAnon phenomenon may be over, but the evangelical movement that helped empower it is alive and well, and this gangrenous infection will eventually kill the host.

February 12, 2021
No. You’re Not Getting “Canceled” for Being a Conservative
Next Post 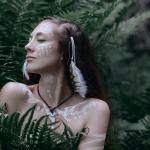 May 31, 2021 How Dungeons & Dragons Informed My Christian Theology
Recent Comments
0 | Leave a Comment
"Good article. Thanks for sharing both your painful experience with the wrong response of some ..."
Mark Rethinking Hell: a Beginner’s Guide to ..."
"I've read reasoning like this from many atheists, one of them being Dan Barker a ..."
Arthur Hunter The Bible Passage That Helped Turn ..."
"Jeremiah 17:9–Is the Heart Desperately Wicked?Here are some thoughts on Jeremiah 17:9. That passage traditionally ..."
David Smith 3 Reasons Evangelical Christians Fall for ..."
"How do feel now that the CDC has reversed itself?The President and First Lady had ..."
Bob Shiloh 3 Reasons Evangelical Christians Fall for ..."
Browse Our Archives
Related posts from Honest to God