Can You Trust the Story You’re Telling Yourself? 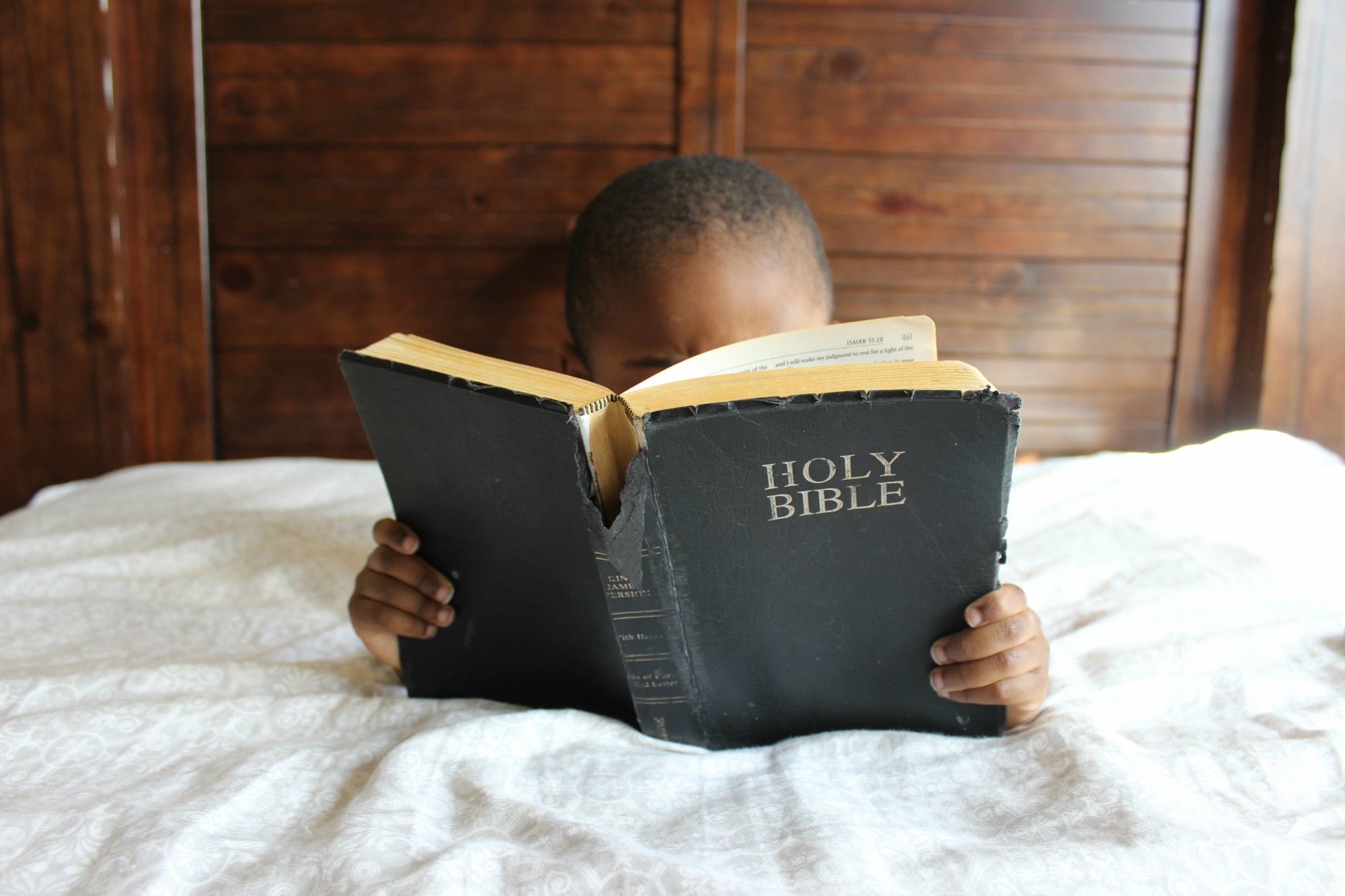 If you think about it, every one of us is trapped in our own mind and has constructed a unique story about the world and our place in it. This story defines how we think about ourselves, others, and the very nature of truth and reality. And while we tend to think about our stories as being either true or false, most of them fall on a sliding scale of accuracy. Our interpretation of some circumstances are more (or less) accurate than others, and each circumstance contributes to an overarching narrative that we believe, which falls somewhere on the ultimate-truth spectrum.

The stories we tell ourselves

We have stories that we tell ourselves about who we are (hero or failure) and what others think about us (national treasure or complete loser). Whether the tales we tell about ourselves are positive or negative, we tend to place ourselves at the center. The storyline we write for everyone else is written in relation to how they treat us, what we believe they think of us, and what we believe we’d do if we were them.

We also have narratives about the nature of the universe, whether there’s a god or not (if so, what kind?), what kind of country we live in, whether we can trust the people that govern us, what the character of our boss is like, etc. We are a collection of stories.

We are telling ourselves stories about everything in our lives. Some of them are closer to the truth than others, but all of them have an impact on how much we can trust, love, and serve those around us.

Not only do we have our own personal storyline, but we tend to gather into groups with a collective story as well. There are national, community, regional, racial, denominational, and family narratives. Our story is shaped by (and is shaping) the stories around us.

Where do our stories come from?

Consider for a moment how you gather information: everything you experience is captured by body sensors (eyes, ears, nose, nerve endings, etc.) and sent to your brain. Your brain takes that stimulus and turns it into information.

But your mind is completely isolated from the world and can only understand the stimulus it receives by running it against old information. Your storehouse of previously collected data is called knowledge, and your brain sifts through that knowledge to make sense of incoming data.  All of the information your mind receives is used to construct its narrative about the world.

In some areas, we’re able to follow a more scientific course, and we draft our stories through observation, asking questions, forming theories, experimentation, and analysis. But not everything in our lives lends itself to that level of observational scrutiny. (And, oddly enough, you might be telling yourself a story that nullifies science altogether.)

Your stories are dictated in large part by your culture (the stories told by those around you), your experiences, your worldview (the macro-narrative you get from a guiding philosophy or religion), your education (whether formal or informal), and marketing and media messages. All of these things dictate the way you interpret information and events.

You might think that intelligence would play a big part in how you understand the world, but that’s not necessarily true. It might have a significant impact on the complexity of the narrative you tell yourself, but not necessarily its accuracy. Highly intelligent people are just as likely to believe nonsense as anyone else—and often more tenaciously.

Reading a lot (which isn’t the same thing as being well-read) isn’t necessarily going to make a big impact on our perspective because we tend to read (and think) ourselves into ruts. We find an area of interest or a view that confirms our narrative, and we drill straight down into that vein. This can make it harder to expand our understanding.

The trait that makes all the difference

Many psychologists believe that our personalities are driven by five primary spectrums:

When it comes to telling ourselves a more holistic, functioning, accurate story about the world, openness is a key trait. Those who are higher on the openness spectrum tend to be:

Those who score lower in openness tend to be:

If you’re low on the openness spectrum, you’ll struggle to see the weaknesses and limitations of your narrative. You become locked into your worldview and perspective. And while openness doesn’t necessarily guarantee the precision of your guiding story, it provides many avenues to transformative information that can get you out of your narrative cul-de-sac.

The religious war against openness

One of the problems with religious expression is that it’s often at war with openness. Many people believe that openness (and even education) puts people at risk for abandoning the right story and embracing the wrong ones. Being too receptive to other viewpoints eventually leads you astray.

One of the biggest temptations of any religious community is a natural expectation that everyone’s story will align—belonging is ultimately contingent upon conformity, and that harmony is protected by squelching openness.

Jesus and the stories of his day

When Jesus walked the earth, his ministry focused on challenging many of the Judean narratives about who God was, who the Hebrew nation was, and who the rest of the nations around them were. Nearly everything he said, every parable he told, every confrontation, and every healing pushed against this collective, wrong-headed Israelite narrative.

But the Hebrew story of the first century didn’t materialize out of thin air. It came, in large part, from the writings of Israeli prophets and teachers. It sprung from the scrolls that make up the Old Testament. Through misplaced emphasis, incorrect interpretation, and well-intentioned extrapolation, they had written a national story that centered them as the put-upon heroes of the world surround by hostile and godforsaken nations.

Christ’s whole ministry took a sledgehammer to the Hebrew fable—and it ultimately got him killed.

Can we trust our religious stories?

Through our chronological arrogance, we tend to think that we’re incapable of telling ourselves the wrong stories. Like the Hebrews, we have the written words of God and completely trust the stories we’ve crafted from them. Never mind the fact that every denomination tells itself a different narrative (some with more variation than others). We’re all unreasonably confident that our account is accurate.

The Christian discussions around issues like sexuality, gender, immigration, gun ownership, nationalism, and race relations spring from the stories we tell ourselves. We might not like to think of them as our narratives. In fact, we probably think of them as the stories that God is telling us. You might point at a couple of Bible verses and tell me that your beliefs about homosexuality come from God’s Word, and you’re just believing the story he tells you.

But the truth is that we’re taking those verses from their context and with the help of our religious leaders, friends, church members, denominations, and communities crafting a modern day story about them. Like the first-century Hebrews, we thoroughly believe that our understanding, interpretations, and extrapolation of those passages are 100 percent accurate, but what if they’re not? What if the story we’re telling ourselves is leading us to treat others in a way that actually opposes God’s will instead of aligning with it?

I think that Jesus knew this was a problem. That’s why he condensed the Law down to loving God and loving others. I don’t have to get all caught up on how accurate my story is if I am doing those things. I know that there are areas where my story is faulty. But in the end, I don’t think I’m going to be judged on just how accurate my story was. I’m going to be judged by love, and I’m truly terrified of crafting a story that relieves me of that responsibility—I think we all should be. 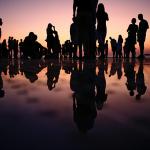 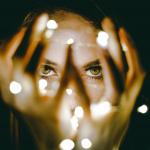 December 23, 2017 The Gospel Has Got to Be More Than Forgiveness for Sinners
Recent Comments
1 Comment | Leave a Comment
"Thank you for sharing this. It really struck home with me. I went through a ..."
Rusty Barnett 5 Reasons Suicidal People Don’t Ask ..."
"Love is but one characteristic of God; not the only characteristic by any measure. Love ..."
Bob Shiloh What’s the Narrow Way Jesus Taught ..."
"Money changers were of the levitical priesthood. Notice that Jesus spoke "meanly" to them and ..."
Tresha S. 4 Reasons I Won’t Listen to ..."
"https://uploads.disquscdn.c... Interesting, but in a funny way. It's like a debate between interpretations of fairy ..."
David Miller Rethinking Hell: a Beginner’s Guide to ..."
Browse Our Archives
Related posts from Honest to God