The Absurdity of Time and The Resurrection of Jesus Christ

The Absurdity of Time and The Resurrection of Jesus Christ February 9, 2017 Jeff Hood

A few years ago, I was studying history at the University of Mississippi. I was in a class on Latin American history. As we discussed ancient history, I made the observation that we couldn’t prove any of this happened. “Time is a relative construct.” Immediately, I took it a step further and further declared, “I’m not even sure we can prove that we exist.” For historians, such observations are a declaration of war. Historians believe that the past can be proven with proper evidence. I believe that the past can be proven with proper belief. Since it is possible that there is no past, we construct our own past. After about ten minutes of arguing the benefits of such deconstruction with the entire room, my professor lost it and screamed out, “Goddamn it! This is not the fucking Matrix Jeff!!!” After that, my professor cleared the room. Immediately, he turned to me and demanded, “What the fuck was that?” “The deconstruction of history.” “Well, don’t do it again in my classroom.” “Time is an absurd concept.” “Not in my classroom.” Throughout the existence of humanity, there is no fundamentalism stronger than the idea of time. If we think deeply, we quickly realize that time is not real. Time is absurd. The only thing that is real is what we believe.

We have always assumed that time is real. I believe we have assumed wrongly. The clock keeps time because we believe it does. Maybe it doesn’t. Instead of the past, maybe we are going into the future. Instead of growing older, maybe we are growing younger. Perhaps, death is a rebirth. I could go on and on. The point is that we think we know much more than we do. Time exists because we believe it exists. If we didn’t believe in time, time would not exist. The absurdity of time is that it has tricked us into believing that time is real. Time doesn’t change the world. Our beliefs do.

One question frames Christian theology, “Did Jesus rise from the dead?” If you answer in the affirmative, you are called conservative or orthodox. If you answer in the negative, you are called liberal or revisionist. The conservatives argue that there is much evidence to prove that Jesus rose from the dead. I am skeptical of such evidence. The liberals are certain that people just don’t rise from the dead. I am skeptical of such certainty. While these descriptions are simplistic, I think they capture the often-dichotomous debate on a general level. The problem with these positions is that they’re too simplistic. I think they’re both wrong. Neither position takes into account the absurdity of time. If travel to different places in different dimensions became a possibility, what would we find at the tomb of Jesus? Would we find what is or what we believe is? I believe that belief shapes perception. Time is relative to belief. If we believe, our wildest thoughts will be true. Time is not truth. Our beliefs are. Then again… What is truth? 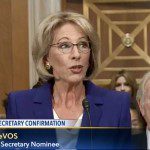 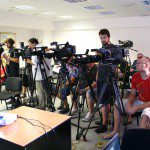 February 10, 2017 Pastors: Your Press Conferences Suck
Recent Comments
0 | Leave a Comment
"Overpopulation has been our greatest sin: it makes human life cheap and dangerously overabundant, and ..."
Jennifer A. Nolan Eschatology: a Forgotten Theology for Our ..."
"It’s really not so much a question of selfishness as waiting your turn. Yeah, rich ..."
Silverwolf13 The Vaccination Ethic.
"No, his death accomplished nothing.May the LORD have mercy on the poor man's soul--as I ..."
Cletus Safari 6 Years Ago // Don’t You ..."
"Taylor-Green is Bachmann's even-more-evil twin sister."
Ocelot Aardvark Congresswoman Majorie Taylor Greene, My Former ..."
Browse Our Archives
get the latest from
Jeff Hood
Sign up for our newsletter
POPULAR AT PATHEOS Progressive Christian
1