There once was a man named Matthew. The community hated him. Day and night he robbed them of their money. Though he called them taxes, they were really indulgences. To say that he was canceled would be an understatement. Most wanted nothing to do with him at all. The only people who stuck around were people who’d also been shunned. Then one day…a man named Jesus walked by. Drawn to the canceled/cancelled, Jesus called to Matthew. Witnesses were astonished. Nobody could believe that Jesus was even talking to him. After conversation about the power of grace, Matthew invited Jesus to his home for dinner. Quickly, the house filled with people who had also been canceled/cancelled. When people found out about the dinner, they declared, “Anybody that would eat with all of those assholes must be an asshole too.” It didn’t take long before people started to say/spread that Jesus was also canceled/cancelled. Upon hearing of their viral accusations, Jesus replied…

“It is not the healthy who need a doctor, but the sick.  Go and learn what this means: ‘I desire mercy, not sacrifice.’ For I have not come to call the righteous, but sinners.”

Just a few days ago, I published a piece saying that Micah Johnson (the domestic terrorist who ambushed five police officers in Dallas four years ago) had a demon in him to have committed such an atrocity. Unfortunately, there are many in Dallas/and perhaps elsewhere who romanticize his actions and call him a hero. Upon the publication of my piece, many of those folks came after me. Of all of the threats/responses…there was one from an ignorant young man I’ve encountered many times before that said; “I thought we canceled this guy last year.” I was amazed that he thought that he/his we could cancel me or anybody else. In that moment, I realized that people only have the power to cancel anybody if we give them that power. Cancelers need our prayers not our assent to their evil.

In our age of cancel culture, I encourage you to think about all of those who have been canceled/cancelled in our society…and pray for their healing/restoration. Don’t forget that Jesus always sides with the powerless…not the powerful. For those who continue to believe in cancel culture…

I call on you to repent.

For the realm of God is at hand. 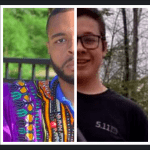 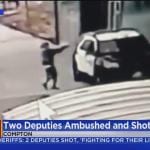 September 15, 2020 Perpetrator Shooting. Deputies Dying. Activists Cheering. : Where is God?
Recent Comments
0 | Leave a Comment
Browse Our Archives
get the latest from
Jeff Hood
Sign up for our newsletter
POPULAR AT PATHEOS Progressive Christian
1