I’m Still There: Reflections on the 6th Anniversary of The Dallas Police Shooting

I organized a rally.

The Sermon After the Shooting

Delivered after the July 7 shooting at Trinity Presbyterian Church in Denton, Texas on July 10, 2016.

It’s been a very busy time. Just a few days ago, I organized the rally and march that preceded the deaths of five police officers in Dallas. This morning I want to journey through the story of Dallas and end with in the familiar story of the Good Samaritan.

On Wednesday, I partnered with others to organize the protest. We were all disgusted at the video of Alton Sterling’s death at the hands of the police in Baton Rouge, Louisiana. The next day another video showing the death of Philando Castile at the hands of police in Falcon Heights, Minnesota became widely available. Seeing those men bleed out…watching black Americans regularly bleed out in our streets…remembering Ferguson…remembering Baltimore…remembering city after city where black lives do not matter…including our own…Denton, Texas…is overwhelming. We see it over and over again. We see black communities overpoliced. When communities are overpoliced, there is no doubt that tragedies happen in greater frequency.

Someone asked me the other day to prove that there is police brutality in Dallas. I simply responded, “Why would a thousand people show up to protest police brutality rally if there wasn’t brutality?” We never expected so many people. We thought there was going to be a hundred or so. When the video of Philando Castile bleeding out went viral, the numbers increased exponentially. We gathered at the rally. When I looked out into the sea of people, I wondered, “What does Jesus have to say in a time like this?” By traditional interpretations, the answer is absolutely nothing. We keep on offering salvation to people who are dying in the streets. We keep on talking about Jesus loving the world and we can’t even take the time to love our neighbors.

We traded our voice for influence. We traded our witness for political power. We were most concerned about protecting churches. We wanted to make sure we maintained our denominations. In the mean time, we gave everything away. Do you care more about your church or denomination than you do these black bodies that are lying in our streets? If you do, you are not following Jesus…you are following evil. We have to wrestle with difficult questions in these difficult hours. What is salvation? What is love? What is truth? Where do we go from here? We gathered last Thursday night to wrestle with these questions and many others.

Throughout our nation, you have heard the phrase, “Fuck the Police!” Why would people say such a thing? Have we considered that the situation has become so dire that people don’t feel like they have any other language to use? Those who criticize the language of those who are being beaten and killed and don’t stop to help are the enemies of Christ. People are being slaughtered in our streets. Why can’t we love our neighbors as ourselves? We must get saved. We must stop police brutality. We must rip the racism from our hearts. We have to change.

As we began the march, we followed the directions of the police. At every turn and with every step, the protest was nonviolent. I remember the officers repeatedly commending the peaceful nature of the protest. I was thankful that the protest remained nonviolent. Why do you think protestors keep calling for nonviolence in this country? I think it’s the same reason that I keep on calling for nonviolence…it’s the only logical choice. Violence never achieves love or justice.

Towards the end of the march, we gathered at the Old Courthouse. After hearing about the horrific 1910 lynching of Allen Brooks from multiple speakers, we made our way back toward our starting point…Belo Gardens Park. As I led our march to it’s finish, I talked with a Sergeant from the police department. We talked about how successful the protest had been. I’d just passed Austin Street. I had on my white robe. I was carrying my black cross. I had on one of my favorite stoles. All of a sudden I looked up and heard…pop-pop-pop-pop-pop. I was close enough that I thought I might be shot. My first reaction was to grab my stomach. The Sergeant ran toward the shooting. The eight hundred people behind me were walking directly into the line of fire. I ran to get as many people out as I could. I repeatedly screamed, “Active Shooter! Active Shooter! Run! Run! Run!” My cross very quickly became a staff to push people out of the way. It was total chaos.

We didn’t know who was shooting. We just knew that there were many shots. I remember the question that came after: “Why?” I repeatedly heard that one word question. When people asked Jesus questions of meaning, he consistently responded with answers of being. I did too. I kept telling people that we have to learn to be love and justice. We can’t talk about justice without love and we can’t talk about love without justice. When you start talking about peace and nonviolence you better make sure that you are talking about love and justice too. There is no peace or nonviolence without love and justice.

The 5 officers who lost their lives during the shooting remain heavy on my heart. It is difficult to experience something like this and not feel like you have some level of responsibility. There might be a million pieces of evidence to prove the contrary…but still you wonder what you could have done to prevent the tragedy. For 24 hours straight, I was on television. I didn’t have time to mourn. I just had to spread the message of love and justice. I did television, newspaper and radio interviews all day long. It went on and on and on. I knew that if I didn’t get the message of love and justice out…somebody else would be ready with a more sinister message. When we are silent, other messages fill the void. As followers of Jesus we are responsible for getting our message out…we are responsible for sharing the good news. If we don’t, there will be other messages.

Last Friday night, I arrived home to hundreds of threats. People were looking for someone to blame. When you become a public figure in a time like this, you become a target for hate. People have said all sorts of shit. I even had someone tell me that the reason I act this way is because I’m a vegan. People can make some pretty wild connections. That’s why we have to help them make the right connections.

Devastation doesn’t come close to describing the totality of what I feel. I couldn’t believe what happened. Noises scare me. Movement scares me. Crowds scare me. This morning I thought the car might blow up when I turned the ignition. We live in a crazy time…a dangerous time…a dark time. Jesus still has a word for such a time as this.

June 29, 2022
Christ in the Trailer: A Lesson about Migration and Greed from a Literal Hell
Next Post 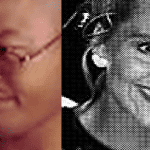 July 15, 2022 Kosoul Chanthakoummane: On the Nature of Execution and Doubt (Of Course in Texas)
Recent Comments
0 | Leave a Comment
"Football didn't always have the level of injuries that we see today. And the reason ..."
Curt Day Football is Evil: Tua Tagovailoa & ..."
"Football in and of itself is not evil - it is a voluntary endeavor. You ..."
Bob Shiloh Football is Evil: Tua Tagovailoa & ..."
"Jeff Hood could not be more in the wrong if he tried"
Daniel Alabama Insanity: On the Potential Gas ..."
"agreed."
Brandon Roberts The Dead Queen, The Dead King/Royal ..."
Browse Our Archives
Related posts from Jeff Hood 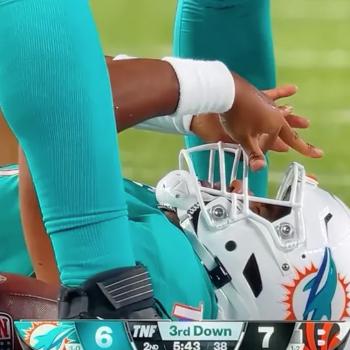 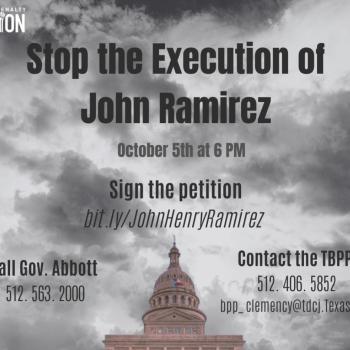 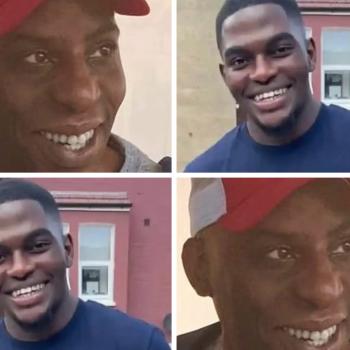 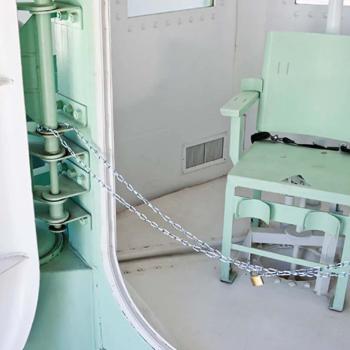