Tires screeched. Adrenaline rushed. Time raced. This is what these cowboys lived for. They caught her in the very act of theft. She was going to pay. Did they see a gun? It’s hard to say. But don’t they always see a gun? Such words are always an excuse to light somebody up. After an extended period of time, they cornered her in a trailer park. They just knew that this is where her kind of trash lived. I imagine they thought she was probably just running to her trailer. The car slammed to a stop. Desperate, she broke into the closest trailer. There she met 6-year-old Kameron Prescott and two of his family members. The deputies weren’t having it. Five of them violently approached the trailer. Suspecting she had a gun, they’d already made the decision to shoot. When she came out on the front porch, bullet after bullet immediately flew through the air. The smoke lingered for a second. Once they realized that she was dead, they congratulated each other. Trash deserved to die. Amidst the smiles, a scream pierced the air. It was coming from the trailer. Running in, they found young Kameron bleeding out in the floor. Rushing to his aid, there was nothing they could do. Cowboys can’t raise people from the dead. They only know how to take life. After the bodies had set for a moment, they realized that the woman didn’t have a gun. Their excuse for shooting was bullshit. Now, two people are dead because of a suspected theft. This is what happens when the cowboys get to roam wild with their guns. Nobody had to die. The cowboys just had to kill.

Jesus has bound himself to the fate of the least of these.

Jesus was murdered in Bexar County…twice. 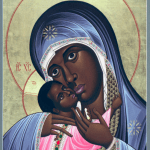 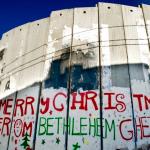 December 25, 2017 The Baby from Bethlehem: A Palestinian Revelation
Recent Comments
0 | Leave a Comment
"The philosophy of materialism in post-Christian Europe entered into institutions of higher education in America ..."
modoccus1 The Existential Threat: God or Government? ..."
"Thinking of Trump, how about this analogous character in the bible: Samson. Samson was not ..."
modoccus1 The Existential Threat: God or Government? ..."
"Too often the "voice of God" is simply our own ego speaking."
Last Milwaukee Socialist Jesus or Trump?:  A Short Note ..."
"It would be very useful if Little Demons kept their DARK BLACK thoughts in HE// ..."
wsurfs . Jesus or Trump?:  A Short Note ..."
Browse Our Archives
get the latest from
Jeff Hood
Sign up for our newsletter
POPULAR AT PATHEOS Progressive Christian
1