The Ethics of Our Table: Jesus and Meat 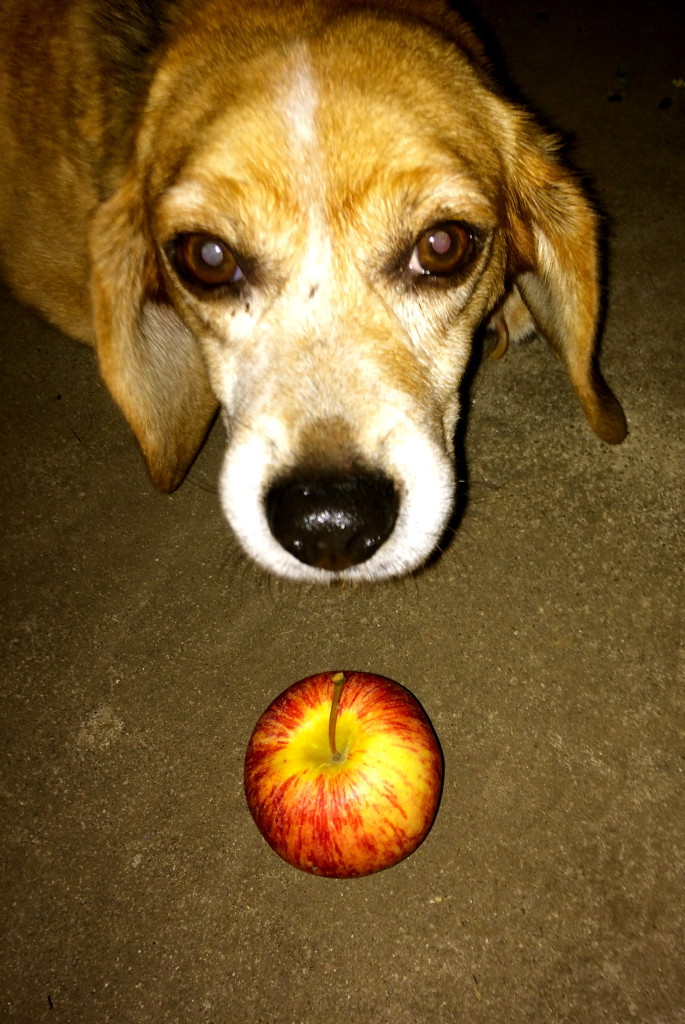 Outside during the visit, everyone enjoys playing fetch with the family dog.  When the host of the house whistles for the dog to come around back, no one pays attention.  A few hours later, everyone gathers at the dinner table and prepares for a great feast.  After a prayer asking God’s blessing on the meal and the hands that prepared it, the hosts bring out all sorts of breads and vegetables.  Then…as the gathered lean in expectantly for the main course…the host brings out a platter…on top is the family dog roasted with an apple in it’s mouth.

For a long time, I wondered why this scene bothered me so much…and yet I had no problem eating all sorts of creatures.  I lived in this juxtaposition for many years and finally decided to test my convictions and dare travel to a slaughterhouse.  The images I encountered of filthy animals being systematically and painfully tortured are forever ingrained in my psyche.  The visit left no question for me that a slaughterhouse is a violent place and eating what is produced there only encourages violence.  I stopped eating meat.

Though I had firm convictions after the visit, I sensed that there were wider issues of justice associated with eating meat.  There are.  It takes unbelievable amounts of water and grain to raise animals.  Can you imagine if we stopped eating animals and started feeding humans what it took to raise the animals?  Global hunger would be a phenomenon of the past.  The meat industry is one of the biggest causes of climate change.  The meat industry releases huge amounts of carbon dioxide, methane and nitrous oxide into the air.  Estimates range as high as 51% of global warming being caused by the meat industry.  Not eating meat is also healthier for you.  A diet without the cholesterol and saturated fats in meat gives you more energy and can help prevent a wide range of illnesses.  The previous reasons deal with the effect of eating meat on humans…but it is also important to realize the animals that we kill can feel and experience the torture of their deaths.  How interested are we in continuing the torture of both humans and animals in order to keep eating meat?

May 6, 2014
Lives Less Valued: Why Black Girls Matter
Next Post

Snake-handling is unwise, but at least...
slacktivist
Related posts from Jeff Hood

Progressive Christian
The US Flag at the Front of YOUR...
Jeff Hood

God in the Flames: Reflections on the Riots
We watch as violence engulfs our cities...and we have no idea...
view all Progressive Christian blogs
Copyright 2008-2020, Patheos. All rights reserved.