The Guys with the Guns on the Denton Square

The Guys with the Guns on the Denton Square March 2, 2014 Jeff Hood 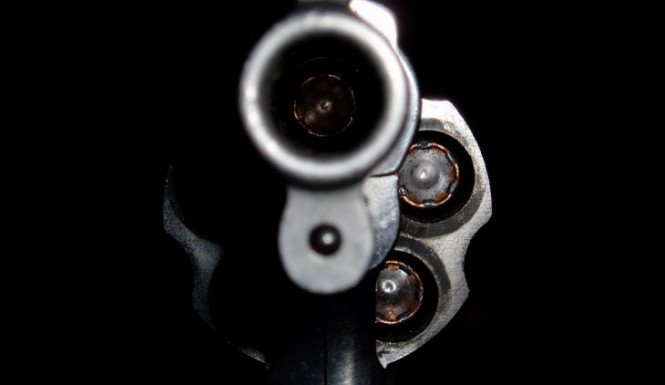 The ice pellets hit my head as I negotiated the icy sidewalk.  I heard a bunch of rustling to my right and looked up.  Ten men walked past me carrying large guns.  The flags and signs the men carried read, “Come and take it” or “Don’t tread on me.”  I wondered who these folks thought were oppressing or treading on them…I mean they are the ones walking around with the guns.  Right?

I found the spectacle to be rather amusing.  I am not the most educated person on gun laws in Texas…but I can assure you that they are not oppressive enough of guns for my tastes.  Nevertheless, I thought about what Jesus would say to these folks parading around these guns on the Denton Square…and then I remembered a scene from the Gospel of Matthew.

In a monumental injustice, Jesus is about to be taken away and executed by the state.  If there was ever a moment to wave a “Don’t tread on me” flag…this was it.  Peter (identified in the Gospel of John) pulls out his sword to defend Jesus against the arrest.  Jesus sharply rebukes Peter and declares in Matthew 26:52, “Those who live by the sword will die by the sword.”  A modern translation might read, “Those who live by the gun will die by the gun.”

The problem is that the message of Jesus doesn’t frighten too many people these days when it comes to gun ownership.  It would not be too hard to convince me that there are more gun owners in the church than anywhere else.  The United States has an addiction to guns and the more guns the more death.

There are more guns in the United States at 270 million than in any other country in the world.  There are about 9 guns for every 10 people in the United States (http://www.washingtonpost.com/blogs/worldviews/wp/2012/12/15/what-makes-americas-gun-culture-totally-unique-in-the-world-as-demonstrated-in-four-charts/).  The United States had more gun deaths last year than any other developed nation on earth (http://abcnews.go.com/blogs/health/2013/09/19/u-s-has-more-guns-and-gun-deaths-than-any-other-country-study-finds/).

It seems that what Jesus forgot to tell us “the nation that lives by the gun will die by the gun”…I think the statistics can help us go ahead and infer it though.

We are a culture addicted to living our lives staring down the barrel of a gun.

I think it is time for us as a people to go to rehab…that rehab that only comes from learning to love our neighbors as our self.

I think a good place to start is by not waving your guns in their face.

March 2, 2014
My First Job in Ministry, Forgiveness & the Imperfect Pursuit of Perfection
Next Post

March 3, 2014 A Sermon Entitled "Jesus for President" or The Reason I Will Never Endorse a Political Candidate
Browse Our Archives
get the latest from
Jeff Hood
Sign up for our newsletter
POPULAR AT PATHEOS Progressive Christian
1

Come Sail Away – a parable, Part One
Today is the big day. You sold everything you owned and bought...
view all Progressive Christian blogs
Copyright 2008-2020, Patheos. All rights reserved.