The Journey to Abolition: Remarks to the Dallas Texas Coalition to Abolish the Death Penalty Prayer Breakfast

The Journey to Abolition: Remarks to the Dallas Texas Coalition to Abolish the Death Penalty Prayer Breakfast February 15, 2014 Jeff Hood 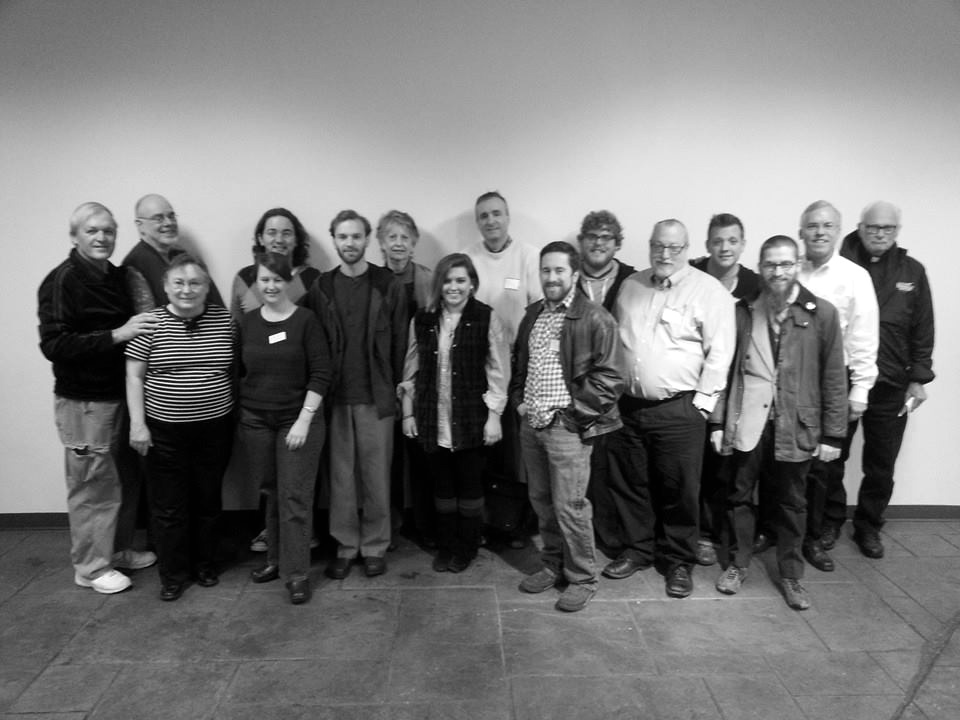 “Jesus hung on a cross for a long time and had plenty of time to abolish the death penalty…but you know what…he didn’t.”  These types of arguments and similar words filled the pulpit of the Southern Baptist Church of my youth.  I was taught that the economy of God revolved around vengeful wrathful and the constant exchanging of death for death.

I had never cried at a movie before…but the depiction of the relationship between Sister Helen Prejean and Matthew Poncelet in Dead Man Walking moved me to tears and changed my life.  The questions swirled in my head.  Is it possible that someone on death row is really a child of God?  Does the commandment of Jesus to love our neighbors and our enemies extend to death row?  Why was it that Sister Helen Prejean and Matthew Poncelet at different points looked so much like Jesus to me?  I tried to ignore the questions…but they kept gnawing at me…and in my heart I knew the answer to all of them.

In time, I grew.  The hesitancies I had to opposing the death penalty faded.  I became an activist when I encountered the case of Troy Davis.  I knew that a black man accused of killing a white police officer named could not have received a fair trial in Savannah, Georgia in 1991.  There was little untainted direct evidence Davis to the killing of Officer Mark MacPhail.  Two weeks after my wife and I were married we stood outside Georgia Diagnostic and State Classification Prison in Jackson, Georgia with hundreds if not thousands of others praying that somewhere someone would do the right thing.  I knew persons on the Georgia Board of Pardons and Parole.  I thought surely they would do the right thing.  They did not.  Troy Davis was executed and declared dead at 11:08pm on September 21, 2011.

I never wanted to move to Texas.  I thought then and think now that Texas is the capital of guns, egos and unnecessary violent death.  I feel like the violence is only perpetuated by the State of Texas’ insistence on leading the nation in executions.  Quite simply… I believe you can’t teach folks how to kill by killing.  I became involved with the Texas Coalition to Abolish the Death Penalty or TCADP not long after we moved here two years ago and I have been involved in the work of the organization ever since.  I presently and proudly serve on the Board of Directors of TCADP.

One of the relationships that informs my activism on the death penalty the most is my relationship with Texas death row inmate Will Speer.  Once per month, I make the long journey down to Livingston and spend a few hours with Will.  In those moments, I interact with a child of God.  I have learned that loving your neighbor extends far beyond your neighborhood.  Will has taught me that the best argument against the death penalty is one that Jesus gave us…love your neighbor as your self.  It seems obvious to me that one cannot love their neighbor as their self and execute them.  I invite all of you to a life of spiritual activism.  I invite you all to help us abolish the death penalty…and it all starts with loving your neighbors and consistently calling others to do the same.

February 12, 2014
The Wise Men Deconstructed or The Lack of Wisdom in the Wise Men
Next Post

February 15, 2014 We Can End This: Remarks to the Fort Worth Texas Coalition to Abolish the Death Penalty Prayer Breakfast
Browse Our Archives
get the latest from
Jeff Hood
Sign up for our newsletter
POPULAR AT PATHEOS Progressive Christian
1

Doubt as a Spiritual Discipline
Doubt within the Christian faith can be a time of great anguish....
view all Progressive Christian blogs
Copyright 2008-2020, Patheos. All rights reserved.