The Suicide of Salvation

The group sat down close to me. I knew one of them was an evangelical. The cheese gave it away. Needing to get work done, I tried to ignore them. I was successful for a while. Then, I heard a question that has always haunted me. “Do you want to get saved?” Wanting to be sure, I bet I have gotten saved tens of thousands of times. I leaned in to hear what the evangelical’s two pupils were going to say. Both excitedly proclaimed, “Absolutely!” I listened to the prayer. “God, allow your inerrant and infallible words to save us.” Leaning further in, I thought, “That’s what it’s all about?” The evangelical pronounced them saved. Opening their eyes, the two asked in unison, “What do we do next?” The evangelical quickly and enthusiastically responded, “Reading the Bible was what Christianity was all about!” As if there was nothing more to being a Christian than saying a few words and reading a book, the evangelical got up as fast as he came in. I guess he had more souls to save.

As I watched the two young men excitedly get up, I couldn’t help but say something. Getting their attention, I passionately declared, “Everything he just said is bullshit. If you want to follow God, follow Love. For God is Love.” Both of them looked at me like I was the devil. One of them actually said, “Your salvation is suicide.” As they scattered, I could tell that I really unnerved them. I bet they’re praying that I will get saved at this very moment. 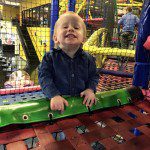 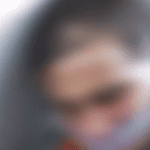 January 5, 2017 The Thrill of Violence and The Absence of Conscience
Recent Comments
2 Comments | Leave a Comment
Browse Our Archives
Follow Us!