The Wayward Movement of the Movement

The Wayward Movement of the Movement May 6, 2015 Jeff Hood 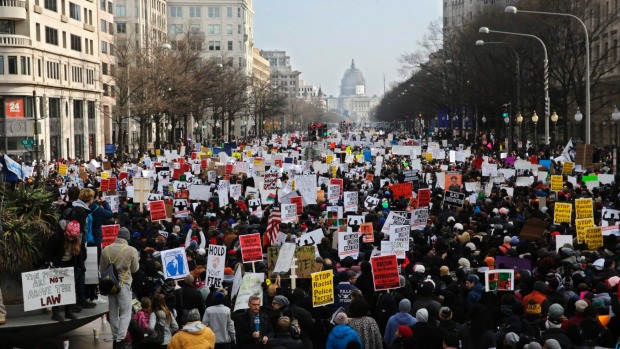 I’m sick. I can feel it deep down in my stomach. The comments are eating at me. For the third time in less than a week, I heard a respected activist make a problematic remark. Now, I’m not talking about anything that was misconstrued. I am talking about blatantly problematic remarks. There was the black activist who casually declared, “No Homo!” There was the feminist who spoke of keeping Muslims out of her neighborhood. There was the immigration activist who spoke of transgender persons as Frankensteins. Though I didn’t let these comments pass by unnoticed or unchallenged, I am beginning to wonder if the subliminal goal of activism is to help groups gain enough power where they can talk shit on everyone else. What good is a social movement that only grants rights to some and creates another group of marginalizers and oppressors?

While I am tremendously proud of all the organizing efforts that are taking place all over the country, I don’t think we have spent much time thinking about where we are going. I think this is partly due to the fact that many people are just trying to survive. Regardless of the reason, I look around and see many of the strategies of the 1960s being redeployed and repurposed. From Baltimore to Ferguson, much of the work and organizing that is going on…from the marches to the mass meetings to the teach-ins…seem to be a throwback. White liberals love this development…which tells me I need to be afraid of it. The Civil Rights Movement of the 1960s produced many tangible gains, but was probably most successful in paving the way for the continued economic oppression that has plagued black communities ever since. Our nation also left the 1960s more racially divided then ever before with no clear idea of how to come together. We have to remember that the same old strategies produce the same old results. Where are the innovators who are seeking to organize and create in ways that bring about revolution, liberation and reconciliation at the same time? We can do better than empty slogans and events that are simply a repurposing of the past that allows oppression and marginalization to continue.

Realizing that we have a shared past and future is the fundamental truth that is going to bring us together and move us forward. We have to understand that the liberation of the marginalized and oppressed can only come through the liberation of the marginalizer and oppressor. Do we not belong to each other? If we can’t answer this question in the affirmative, we have already lost.

May 4, 2015
Liberation Will Only Come Through Revolution
Next Post

May 7, 2015 Would Jesus Call the Police?
Browse Our Archives
get the latest from
Jeff Hood
Sign up for our newsletter
POPULAR AT PATHEOS Progressive Christian
1

7 Reasons the Bible is NOT...
All Set Free
Related posts from Jeff Hood