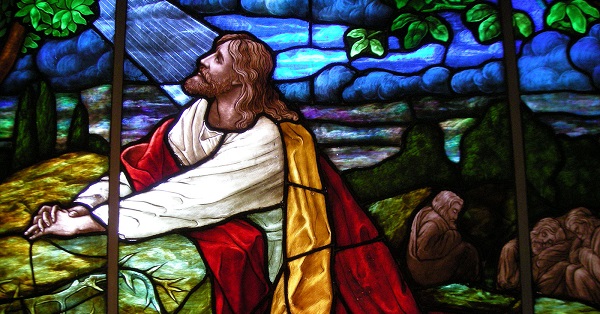 For the last five years I have tried, and often managed, to write something for every Good Friday. There is some overlap, of course, but it’s mostly in the theme of the line at the end of the first column, about my unusual reading for the day: “Jesus and the Holocaust gets the mood and the magnitude of Good Friday exactly right. There is hope here today, but it’s buried pretty deep.”

We’ll pass over the next two columns (here and here) for a second to get to today’s offering. This year I was struck by how closely connected Maundy Thursday and Good Friday were in the life of Jesus, in the sense that he experienced them as one extended horror show with no cuts:

For Jesus of Nazareth, there was no sleep that night. It was all one long ordeal, ending in death. Late Thursday night found Jesus in the Garden of Gethsemane, at the foot of Mount Olivet, just outside of Jerusalem. His closest disciples nodded off while their leader prayed fervently. He dreaded what was coming so much that the Gospel of Luke tells us he was sweating blood.

Previously, we looked at the what happened to most would-be messiahs in Jesus’s time–:

Judaism of the first centuries was a messiah-rejecting machine. One after another, would-be redeemers of Israel would amass a following, come into conflict with the authorities, and be killed or flee. Those followers that weren’t put to the sword would scatter, and it was back to square one. And on this day almost 2,000 years ago, it looked very much like the wheel of history had ground another one under.

— as well as how hard this would have been for his very Jewish disciples to wrap their minds around:

It wasn’t hard to picture Greek, Roman, and other gods as men. Jews believed not in a panoply of gods, but only one invisible God, before and above all creation. To say that God had become a man was a scandal. But then to have that one-true-God-as-man die, well, that really does shock the system. Many heresies maintained either that God had only taken on the vague form, or illusion, of a man. Others said he hadn’t really died, because… how is that possible?

People often rush to Easter to avoid the darkness of Good Friday. To each his own, but it seems to me they’re missing something important.