The Oppression of Eve: Was Patriarchy Actually The First Sin?

The Oppression of Eve: Was Patriarchy Actually The First Sin? March 6, 2017 Kerry Connelly

Let’s play a little thought game together, shall we? It will require us all to unlock the box in which we hold our thinking, let it burst wide open like a shaken soda bottle, or one of those Cooking Fail memes about pressure cookers.  I had this thought the other day, when I was doing something completely unrelated. Probably I was working out. Anyway, here’s the thought:

Now, let me say, too, that I am a highly privileged oppressee. I get that. I’m white, middle class, Christian, cis, straight, able-bodied. I am essentially one step away from the top of the privilege heap, and I acknowledge that. But the fact is, it’s been almost 100 years since women won the right to vote, and yet all that time later, we’re still paid less than men; we’re still under-represented in board rooms and in government; we still have slut shaming; rapes of women still go un- or under-punished; and we still have men who say things like women should not teach men  and rank women’s ministries and Bible study lower in importance, according to some ridiculous metric found nowhere in the scripture, ever.

And this is just here in America. Land of the free.

So when I say I come to the text as an oppressed person, this is what I am talking about: the fact that due strictly to my physical sex and my gender identity, I am not permitted to live out the fullest expression of who I am as a human being because of patriarchy. I can not earn my fullest potential income nor hold my highest possible office; I can realistically expect to not be allowed to be called a pastor or preach to men (should I ever want to); I can not rest assured that, if I were ever assaulted, I would not be blamed for that assault while my assailant goes free.

In this country and in others, there are people far more oppressed than I am. I’ve heard arguments that say that’s a good reason for me to shut up and stop “whining”. I take the opposite stance. It’s more important than ever for me to work for my complete freedom, because in doing so, I dig the pathway to liberation a little deeper for others on the same road. I walk alongside them on this journey. I do this with a deep humility, a burning desire for justice, and a massive love for God.

There are two things that strike me as soon as I read the creation story, and bear witness to the interaction between the first man and woman: the othering of Eve, and the ownership of Eve.

I can’t decide if the othering of Eve comes from the text itself, or the way we’ve been conditioned to read the text through millennia of misogyny and patriarchy. Certainly at first, in Genesis 2, the relationship between Adam and God seems central and primary, and Eve seems to be an afterthought. Is that because the story was written down by a man? How would the story be different if it was being told by a woman? Or is it simply the way we read the text that makes us assume that’s what it’s doing?

But Genesis 1 doesn’t make it seem like Eve was an afterthought at all. Genesis 1 makes it seem like God had Eve in mind all along. Right there, on day six, God made all living things that walk the land, and she was there. Verse 27 is clear: “God created man in his own image, in the image of God he created him; male and female he created them.”

And verse 26 seems to give them both equal dominion over the earth: “Then God said, “Let us make man in our image, in our likeness, and let them rule over the fish of the sea and the birds of the air, over livestock, over all the earth, and over all the creatures that move along the ground.” (bold italic emphasis mine).

Despite this, somewhere in our readings, Eve took a backseat in this dominion; she was othered as the afterthought, not viewed as the equal, created human that she was — an original idea, all her own, and just as central to God’s creation as the man. Somehow, Eve got shoved out of the picture and out of her God-given status and power. We started viewing Eve as secondary and peripheral to Adam, even though Genesis 1 makes it clear she was there from the beginning.

The whole Genesis 2 thing about Eve being Adam’s helper might have something to do with that. But here’s where that knowledge of ancient languages might come in handy (should I ever have time to study those in depth). Our more modern-day reading applies a sort of Mad Men interpretation to this partnership — suddenly the Biblical Eve is pictured in our minds holding a pencil sharpener and a steno pad, perhaps, or an apron and a mixing spoon. The image is decidedly of assistant to a superior, a worker to her boss, a housewife to the king of the castle. But that’s not actually the meaning of the original Hebrew.

The original Hebrew word for helper is ezer, and in other places in which this word is used in the Bible, it never refers to any sort of subordination. If anything, it refers to a form of protection; it speaks of the way God helps us. The qualification of that “helper” is one that is “suitable for him”, which implies equality, and the reason was Adam’s loneliness. In other words, the animals were not enough to keep Adam from feeling alone. God, knowing this from the beginning, always intended to create an equal partner for him.

God is having a blast with Adam, letting him name all the animals. Naming was a big deal in the ancient Hebrew society, and it’s interesting to note that in many cases in the OT, women were responsible for naming their children. When God realizes it’s time for Eve’s arrival, and he brings her to Adam, the scripture does not say that God told Adam to name her, too. It just says he presented her to Adam. The man, in his excitement, names her woman, and by doing so, he takes ownership of her.

We are not privy to God’s reaction to this, and I think we’ve all assumed that the lack of a response from God equates to his approval of Adam’s ownership of Eve. I’m playing with the idea that this assumption is wrong. God never actually approves of Adam’s naming of Eve. Instead, the very next scene involves the serpent.

The serpent addresses the woman, who chooses to eat from the tree that God had declared off limits. But here’s something interesting: in all my previous readings of this, indeed for all of history, the burden of sin has been placed squarely on Eve’s shoulders, leading society to label her the original sinner and a temptress at that. Personally, in all my readings and ponderings of this scene, I’ve picture Eve taking a solitary stroll through the garden, the serpent tempting her to eat, and then Eve rushing back to the house where Adam is watching the game and saying, “Babe, you gotta try this fruit, it’s amazing!” But that’s not what happened.

According to scripture, Adam was right there with her, all along.

Genesis 3:6 says, “She also gave some to her husband, who was with her, and he ate it.” (emphasis mine)

So rather than the narrative I’ve always had in my head, a more accurate story is that Adam and Eve were taking a stroll after dinner, and the serpent came up and suggested fruit for dessert. Eve thought it sounded pretty good, and so did Adam. Nowhere in the Bible do we hear Adam tell the serpent to beat it, or say to his wife, “Sweetie, that’s a really bad idea,” and he certainly didn’t say, “Hey now, that’s all on you. I’m good. No thanks.” Nope. He was there the whole time, going along with the whole thing, having dessert.

FINALLY God comes back from the sabbatical he was on, probably in Florida or something, and there is sin to be dealt with. But here’s my question:

What if the original sin was not the eating of the fruit, but Adam’s ownership and subordination through naming of she who was supposed to be his equal partner?

What if it was the oppression of Eve that the serpent exploited, promising her the justification, the wholeness and fullness of her humanity that Adam had stolen by rushing to name her?

What if original sin is this crazy desire we have to oppress other people, and then call their pain and resistance to that oppression “pride”?

To look at the whole story, we have to of course come to Jesus. The creation story is finished in Him; everything is redeemed through Christ. And while Jesus did accomplish his mission within the framework of patriarchy, he subverted it every chance he got. And the rest of the Christian canon makes it clear that the oppression of peoples is NOT a hobby in which Christians should partake.

The more I read the scripture, the more I learn about Jesus, the more I discover the songs of liberation that weave through the verses like a wild melody. Jesus came to set captives free — a freedom that is full and whole and completely accessible to everyone. The freedom of Jesus is meant to allow us fully express our created selves, and to squeeze our potential dry and use it all for good.

*I know it wasn’t technically an apple. Let’s not hyper-focus on the wrong fruit. 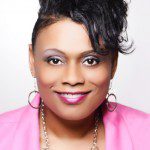 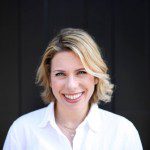 'The redeeming effects of the Christian...
slacktivist
Related posts from Jerseygirl, JESUS 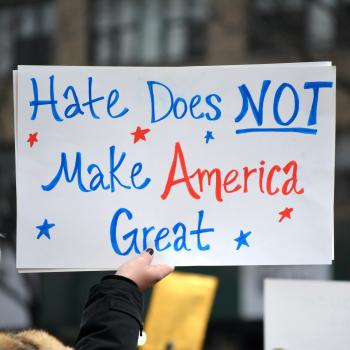 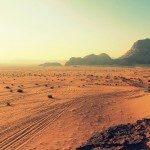 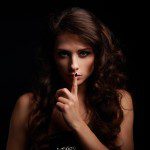 Progressive Christian
The Power of the Pronoun: In Defense of...
Jerseygirl, JESUS 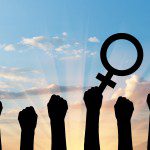