The Four by Scott Galloway

The Four by Scott Galloway

The Four by Scott Galloway is an intelligent work that addresses the hidden DNA of Amazon, Apple, Facebook, and Google. Scott Galloway is uniquely qualified to assess the power of these four corporations. Galloway (@profgalloway), Professor of Marketing at NYU Stern, teaches brand strategy and digital marketing. He is also the founder of L2, a firm that is a leader in digital marketing and consulting.

In The Four, Galloway takes the reader through a complete analysis of the multi-stranded DNA of the four most influential digital companies of the 21st century. He refers to these companies as “The Four” because they do great things. They equally do risky things, and that is why Galloway calls them the “The Four Horsemen.” He invites the reader to take the “rose-colored glasses” off as consumers and to look at how each of these four impacts the lives of their consumers in various ways. Galloway unveils the true motive of these four corporations (9):

“The Four are engaged in an epic race to become the operating system for our lives. The prize? A trillion-dollar-plus valuation, and power and influence greater than any entity in history.”

For the first of the “Four Horseman,” Galloway walks the reader through the influence of Amazon. Amazon is influential because as consumers, we have the instinct to collect. Whether it is food, products, or stuff, we tend to want to collect to survive (16). The drive for Amazon to be the leader in the digital reflects the relentless ambition of its founder Jeff Bezos. Amazon was almost named Relentless (25).

Next, Galloway compares the luxury and influence of another of the “Four Horseman” – Apple – to worship. The comparison of luxury to worship in religion is an interesting thought. The idea that Apple’s products invoke a certain form of worship because of their luxurious design has merit. People are iPhone “snobs” because they enjoy the luxury that they can have in their pocket, that they can’t get anywhere else (70).

After detailing the DNA of Amazon and Apple, Galloway addresses the giant search engine Google. Access to education and information makes people less likely to believe in a religious belief (127). One implication for the digital generation as well as the church is that as they have more access to information, they will have less a desire for social interaction in the church. The church will have to develop different avenues to reach these new generations.

He relates a set of research that suggests that Google is the ultimate God-gagger. I think this observation is probably the most important in the book. It confirms my theory that the challenge to the church is not methods or evangelism, but the new digital culture. People born after the advent of Google (and social media) will be less likely to be involved in church and religion.

For the final of the “Four Horseman,” Galloway analyzes the impact of Facebook. He makes the observation about social contact that “we typically have one mate (2 people), the people we consider very close friends—as the joke goes, people who will help you move a body (6 people), and the number of people we can work with efficiently as a team (12 people), up to the number of people we recognize on sight (1,500 people)” (177).

Galloway then uses his research and experience to show the factors that have made these corporations the “Four Horseman.” He calls this tool the T-Algorithm (183). The T-Algorithm is a set of eight factors that are prevalent. These factors include product differentiation, visionary capital, global reach, likability, vertical integration, AI, accelerant, and geography. Galloway believes that this T-Algorithm (T is for trillion dollars) can predict the “Fifth Horseman.”

After suggesting a list of corporations who might fit this T-Algorithm, Galloway suggests a personal application from The Four. He asks three tests for people to have in order to be a successful entrepreneur. These three tests or questions are: (1) Are you comfortable with public failure? (2) Do you like to sell? and (3) Do you lack the skills to work at a big firm?

I read The Four because I had watched Galloway’s “Winners and Losers” podcasts on YouTube. His insights have been intriguing. He has a laid-back conversational style that draws the viewer into his topics. I also believed that some of the research would be helpful to church leadership. Galloway has peppered the book with language that may be inappropriate to some readers. Despite this, I believe his insights are invaluable to churches which are trying hard to reach the digital generation. I recommend this book to anyone who wants to understand more about the digital economy and its attraction to younger generations. 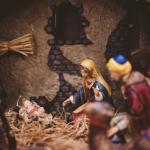 December 20, 2017
Remembering the Voice of God's Goodness This Christmas
Next Post 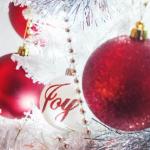 Plato and Basil: Athens and Jerusalem in Education
Plato gave the ancient world the form of dialectic education in his...
view all Evangelical blogs
What Are Your Thoughts?leave a comment
Copyright 2008-2020, Patheos. All rights reserved.