I Love My Community 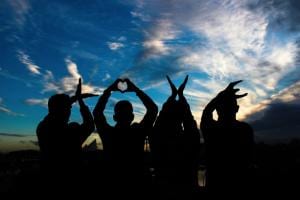 I Love My Community

In his book Concentric Circles of Concern, Dr. Oscar Thompson wrote that “the gospel moves on contiguous lines – on lines of relationship.”1 The key to sharing the good news of Jesus Christ he said is relationships. What were the relationships that Jesus developed, in order to spread His message?

Jesus’ personal people group: the marginalized in His community

“The Spirit of the Lord is on me, because he has anointed me to preach good news to the poor. He has sent me to proclaim release to the captives and recovery of sight to the blind, to set free the oppressed, to proclaim the year of the Lord’s favor.” (Luke 4:18–19, CSB)

His concentric circle of concern is outlined in this passage. This passage outlines the WHO.

The circle starts with:

“The Spirit of the Lord God is on me, because the Lord has anointed me to bring good news to the poor. He has sent me to heal the brokenhearted, to proclaim liberty to the captives and freedom to the prisoners; to proclaim the year of the Lord’s favor, and the day of our God’s vengeance; to comfort all who mourn,” (Isaiah 61:1–2, CSB)

Jesus had His own personal people group. In this case, it was the poor. Jesus was poor. His family was poor. So, Jesus related to that people group. One principle is that you minister best to the people you relate to the best.

Jesus presents these verses from Isaiah 61:1–2 and 58:6 as a description of who he is and what he is about. They form his purpose or mission statement or agenda for his ministry. This latter term was coined in the curriculum The Agenda: 8 Lessons from Luke 4, published by the Baptist Center for Ethics in 2007. In the introduction Robert Parham writes that “Luke 4:18–19 is one of the most ignored, watered down, spiritualized or glossed-over texts in many Baptist pulpits, evading or emptying Jesus’ first statement of his moral agenda.” He goes on to summarize that in these verses “Jesus said the gospel was for the poor and oppressed, speaking to those at the margins of society. Jesus was announcing that he came to liberate from real oppressive structures the marginalized—the impoverished, the war captives, the poor in health, the political prisoners. Jesus came to turn the economic structures upside down, instituting the year of Jubilee when crushing debts were forgiven and slaves were freed.”2

In Luke 4:16-21, Jesus predicted the focus of His mission. The Jews were looking for a mere temporal king, who would deliver them from Roman domination, and make them once more first among the nations. Yet, Jesus placed the focus of liberation, not on Jews being oppressed by Rome, but on the outcasts of society – the very people who were being neglected. The poor and downcast would have a certain priority in God’s work of redemption. Jesus would share a message of freedom, which would liberate people.

Jesus not only saw it as His mission to reach out to the poor, He taught this to his disciples. In His teachings about the kingdom, Jesus continually challenged the social order of His time. He identified with the poor, the oppressed, and the outcasts of His society. He outraged many by associating with women in public, treating them as equals. His concern for the weak was a challenge to Rome’s unjust treatment of the “worthless” and Israel’s many social distinctions.3

Yet another principle is that the vast majority of people who you are called to reach are economically distressed. If you look at all of these groups of people, they all have one thing in common. They are economically distressed. If you read through the Gospels, Jesus went out to the poor. Yes.they came to Him. But He first went fishing in the pool of the poor. The rich reached out to Jesus. But Jesus never actively sought the rich.

I honestly think that this is a principle for the church. The modern American church thinks that you have to reach out to the rich. But you don’t have to. Nor are you called to do so. Instead, the rich will reach you. Jesus identified His personal people group. He also prophecies that this people group will matter to Him. The parable of the judgment shares WHO Jesus cares about. It shares who He thinks we should care about.

Just like at work, you start at the bottom. You don’t start at the top. You start with the most needy people in the community. You have to love them. You have to show love for them. You may not like their methods or lifestyle, but you are called to reach out to them. I think this is one of the reasons that Jesus said:

Jesus rewarded those who reach out to the poor. Jesus taught that those who reach out to the poor will be rewarded on judgment day. He will honor those who have ministered to the poor, needy, and broken (Matthew 25:34-40).The way in which Jesus revealed that the “poor” was His segment of the population is the fact that He attached special awards to His disciples for reaching out to the poor. Jesus taught this in His parables. For example, the rich man is condemned for not practicing charity toward Lazarus (Luke 16:25). The rich fool was also condemned for not putting his treasure in heaven (Luke 18:22-25). The banquet of promise is held out to those who invite the poor to their feasts (Luke 14:14). God cares for the poor and needy. Therefore He expects the church to rise up and minister to them.

First, Jesus taught us to reach out to the outcast and the poor. In the parable of Luke 10:25-37, the practical issue is the personal, compassionate meeting of basic needs. While the religious leaders ignored the person who was hurting and in need of help, the Samaritan not only provided resources but personally undertook actions to make sure that others who become part of the process were aware that he wanted the victim brought back to health. Care is left in the hands of those who will responsibly complete the task. This parable perfectly illustrates the way a church should reach out to those in need.

Jesus even makes the call to reach the poor more explicit in Luke 4:18 and Luke 7:22. The church should not just target wealthier areas, while ignoring the very part of the community most responsive to the gospel. Part of the way the church testifies to God’s unconditional love in forgiving sin is by offering love concretely to those poor who cannot pay us back in kind.

This passage outlines the WHAT of loving my community. The goal is making disciples. In this passage, the passage says “all nations.” Missions talks about the homogenous unity principle. Reach out to the same ethnic group as you. But what if “all nations” does not mean nation-states? What if the “all-nations” does not mean political boundaries but socio-economic boundaries?

The goal is to make disciples of your own personal people group.

The WHERE of loving my community.

Here, Jesus gives a direction for the gospel. He says that it starts in Jerusalem, through Judea, Samaria, and to the world. This predicts the path of the Gospel in the book of Acts. It predicts the path of every church. We think of the church reaching a local geographical orientation. Our Jerusalem is Washburn, Judea is Barry County, Samaria is cross-cultural missions and the world is world missions.

Yet, this can be applied philosophically for different generations. For example, most churches operate in modernity. These churches see Jerusalem as people of their generation (mostly “Bridgers” and “Boomers”.) Judea represents “Generation X” and Samaria is the “Millennial” generation. If this is the case, then most churches will still operate in modernity. They will be unable to cross-over to postmodernity where most of Generation X and the Millennials live.4

However, this also shows the personal direction for every Christian.

Where is your personal people group?

I have given you a table to fill out on your handout. This table is meant for you to determine your circle of concern. I want you to fill out this section with lost people you know. The way you show your love for the community is to build relationships with those around you. Spend time with them. Show God’s love to them. When possible, share what Jesus has done for you.

When Jesus ascended to heaven after his mission on earth, the angels asked him: “Did you accomplish your task?”

“Yes, all is finished,” the Lord replied.

“We have a second question,” said the angels. “Has the whole world heard of you?”

The angels next asked, “Then what is your plan?”

Jesus said, “I have left twelve men and some other followers to carry the message to the whole world.”

The angels looked at him and asked: “What is your Plan B?”

Friends, there is no Plan B. Jesus desires to reach the world through men and women like you and me.6

Photo by burak kostak from Pexels

How to Love Your Neighbor
Who Would Jesus Want Me to Reach?
How to Encourage Positive Church Community
Caring for the Community 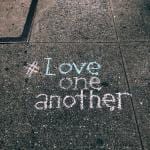 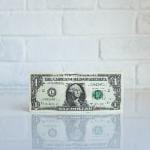 March 4, 2019 How to BUDGET
Recent Comments
0 | Leave a Comment
"i really gain a lot of insight on how to defend marriage. This article was ..."
Nathan Andreas Mark 10:1-12 How to Defend Biblical ..."
"Excellent exposition, Jim -- Yes, and discernment is actually a free gift of the Spirit ..."
tovlogos What Christian Growth Looks Like
"Good analysis. For the generational gap the means of information doesn't change the content."
Jesse H 5 Major Fault Lines in the ..."
"Good study ....but example from ot charater may be inserted"
A TAMIL MARAN Nahum 1:1-7 Giving Comfort
Browse Our Archives
get the latest from
Jim Erwin
Sign up for our newsletter
POPULAR AT PATHEOS Evangelical
1