Growing Closer to God Through the Storms of Life

Growing Closer to God Through the Storms of Life January 18, 2020 Jim Erwin 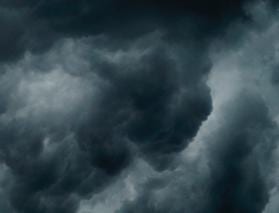 Growing Closer to God Through the Storms of Life

The power of God’s call is with me to prepare me for the storms in life.

The first verses are a prelude to the storm. Before the storm, God is in Heaven receiving the worship that is due to Him. These heavenly beings are worshiping God. They give Him glory. They call out to Him because their recognize the source of their security. The beings in Heaven (whether they are angels or other beings) don’t worry about how things are going to be in Heaven. They just God implicitly. They know that God will take care of them. They serve Him because they are secure in His glory and strength.

If God is with me, no one or no thing can be against me. God’s call is irrevocable. This is so important to remember as a Christian. He called me to be His child. A child doesn’t go out into the world to survive on his or her own. The child needs the protection of a parent. A Christian trusts in the protection of God as the Heavenly Father. I need to remember this because there will be storms in my life.

The assurance of God’s voice is with me to guide me through the storms in life.

As far as the weather is concerned, we all encounter storms because of where we live. Life also presents us with various storms in life. Some of the storms contain showers. Others may be full of snow. Some storms are full of ice. Each of these kinds of storms have a different effect. A storm shower is very different than a storm that freezes with ice. In the desert, you may encounter a sandstorm.

In the south, you can encounter what is called a sun shower. The sun is out but you are under a shower at the same time. In some places in the south, people describe a sun shower as “the devil is in the kitchen beating his wife.” The point is there are storms in life. While we are on Earth, we will encounter stormy challenges in life.

Even though I may experience the power of the storm, I need to remember that God is my Storm Tracker. The Bible compares the voice of the Lord to the power of thunder in a storm.

Seven times, the psalm describes the voice of God and compares it to thunder. When you hear thunder, you know that a storm is nearby. Thunder lets you know that a storm is moving in and out. If you pay close attention to the thunder, you can tell if the storm will be short-term or if the storm will last a long time. The sound of the thunder tells you if you will have a heavy rain, or if there will be snow or ice. That thunder acts like a natural storm tracker.

Today, we use radar to track a storm. During a tornado, you will hear of special storm trackers called tornado chasers. These are brave people who watch the storm and relay its power, direction, and intensity. To be a storm tracker is a dangerous profession or hobby. Meteorologists use special storm tracker equipment to show how a storm develops and where it goes. We spend time on television or on our phones tracking the storm with that same information.

As I encounter a personal growing experience, which every storm brings, God’s voice become more assuring. As I listen to that assuring voice, I grow closer to Him.

7 WAYS THE VOICE OF GOD IS MY STORM TRACKER

1. The voice is above the storm

“The voice of the Lord is above the waters. The God of glory thunders— the Lord, above the vast water,” (Psalm 29:3, CSB)

The point in verse 3 is that through His “voice” God rules the “waters” (Genesis 1:21). In the New Testament Jesus silences the storm (Mark 4:35–41). For the Bible, the storm of this psalm and of the Gospel account may also represent demonic chaos behind nature’s attack or the chaos of the nations. God, however, commands the waters and they submit to Him.1

Do you hear the rumble of the thunder? God is speaking to you.

2. The voice of power through the storm

How long has it been since you were overwhelmed in this way by a sense of God’s powerful presence? Too often today God has become our “buddy” and “pal.” As Christians we sometimes become so comfortable with the salvation we have received in Christ that we forget just how undeserved it is. When we focus on God only as Redeemer, Savior, and friend, and not as powerful God, creator, and hater of sin and evil, it is easy (often unintentionally) to emasculate our understanding of God until he is like our human buddies and pals who accept us as we are and do not challenge us to change.2

Do you smell the storm? God is reaching out you and letting you know that He is with you.

3. The voice in splendor

“Sing to God, you kingdoms of the earth; sing praise to the Lord, Selah to him who rides in the ancient, highest heavens. Look, he thunders with his powerful voice! Ascribe power to God. His majesty is over Israel, his power is among the clouds.” (Psalm 68:32–34, CSB)

Do you see the awesome sight of the storm? God is looking at you and showing you how powerful He is.

4. The voice breaks through the storm

“The voice of the Lord breaks the cedars; the Lord shatters the cedars of Lebanon. He makes Lebanon skip like a calf, and Sirion, like a young wild ox.” (Psalm 29:5–6, CSB)

Charles Stanley rightly asked the question: When adversity hits, what is your first impression of God? Do you regard Him as a cruel taskmaster who is judging you unmercifully and requiring behavior from you that is unreasonable? Or do you regard Him as a benevolent Father who is permitting you to be chastened in a way that will result in your growth and perfection?3

Do you see the lightning as it shatters objects all around you? God is close and He wants you to know that He has the power to break anything around you.

Seven times the voice of the Lord is mentioned. One writer compares it to “successive peals of thunder,” which reverberate over the countryside. At first it is heard over the waters, which seems to mean “above the rain clouds”, powerful and majestic. But then the thunder comes closer, and the storm brings havoc in its train, breaking down the mighty cedars of Lebanon, and making the mountain itself shake till it seems to skip like a calf, like a young wild ox. The peals of thunder are accompanied by flashes of forked lightning.4

Can you see the effects of the voice of God in your life, as you go through your storms? Do you recognize God’s desire to grow closer to you, even when the storms around you are so strong?

6. The voice shakes the wilderness

God shakes things up in the storm. Just as Elijah noticed, God’s voice doesn’t have to be loud in order to shake things up. When you go through a storm in life, God is going to shake you up. You will never be the same after a storm experience. As He is tracking with you through the storm, He shakes things away. He tears up your life so that you can see things from a different perspective.

“The voice of the Lord makes the deer give birth and strips the woodlands bare. In his temple all cry, “Glory!”” (Psalm 29:9, CSB)

The power of God’s voice intensifies as He grows me through the storm. At this point, the power of God causes the deer give premature birth to their young , and the forests to be stripped bare as if hit by the hurricane. So evident is the presence of God that the earth seems like his temple.

What is God stripping bare in your life? What is He showing about your need for Him?

The seven-fold thundering voice of God is similar to the seven thunders in Revelation.

The security of God’s rule and reign over my life blesses me with strength and peace after the storm.

The end of this psalm reminds us that God is on His throne. He is an eternal King. No one or no thing will take Him down. Because God’s reign cannot be overthrown, I can be certain that He will be there when the storm passes. I don’t worry about waking up and wondering what it will be like. I can trust that God will be with me. He will provide strength to help me pick up the pieces after the storm, and He will provide the peace I need to help me with the consequences of the storm. God is never going away.

Photo by Anandu Vinod on Unsplash 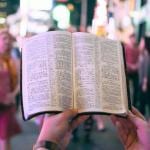 January 11, 2020
How to Start Off on the Right Foot with God This Year
Next Post

January 27, 2020 Working Together to Accomplish the Mission of the Church
Browse Our Archives
get the latest from
Jim Erwin
Sign up for our newsletter
POPULAR AT PATHEOS Evangelical
1

Doubling-Down on Christian Persecution: The Cost...
The Chorus In The Chaos
Related posts from Jim Erwin