The Cave of Forgotten Dreams

The Cave of Forgotten Dreams is legendary German director Werner Herzog’s documentary on the Paleolithic rock art of Chauvet Cave in France, which was discovered in 1994 and quickly sealed off to prevent damage and contamination. Few researchers and no tourists are allowed in the cave, and those who do get in have strict limits on what they can do and how long they can stay. None of us will ever see Chauvet Cave, and for that reason I wanted to see the film.

According to the film, the paintings are roughly 32,000 years old, which would make them 15,000 years older than the more famous cave paintings at Lascaux and possibly the earliest human cave art – or at least the earliest still in existence. A rockslide about 20,000 years ago sealed the cave, preserving it in near-pristine form. The paintings are of animals: horses, mammoths, rhinoceroses, bears, lions – animals that lived in Europe at the time, most of which are either extinct or have moved farther south. The only quasi-human figure in the cave is a creature with the lower body of a woman but the upper body of a bison. We have no way of knowing what this painting means and the film doesn’t speculate much.

The cave and the art are amazing. The film – or at least 90% of it – was disappointing. Maybe I’m just a peasant, but whenever I hear someone talk about what a brilliant director Werner Herzog is, I think of “The Emperor’s New Clothes.” If you’re so smart nobody else can figure out what you’re trying to say, maybe you aren’t so smart after all. The Cave of Forgotten Dreams was shot in 3D, and I’m generally not fond of 3D – I’d rather have a clean, crisp 2D image. 3D in the interviews and exterior shots is annoying. But when the film shows the rock art and you can see the curvature of the cave walls and the depth of its recesses, it’s worth the jumpy interviews… and the higher ticket price. In fairness to Herzog, he’s said much the same thing about 3D, and says he has no plans to use it again.

Most of the film talks about the discovery, the meticulous scientific research being done on the cave, and the extreme measures being taken to protect the cave and its art. The highlight of the film comes in the last 10 minutes or so. The narration stops (though the background music continues) and the camera simply hovers on one painting for a few seconds, then moves to another – much like what you’d do if you were touring it in person.

Only then did the paintings start to speak to me: of the hunt and the hunted, of the desire to leave something lasting, of the desire to express a thought in a way that hadn’t been done before – no matter how difficult it was.

We can speculate, but we’ll never know the true meaning of Paleolithic cave art. Was it sympathetic magic to keep the animals close or bring them back after they had left an area? Was it a place of initiation for young boys getting ready to join the hunt? Was it – as Herzog seems to imply – the beginnings of Art? Or was it simply how a few unusually skilled humans passed the time during bad weather?

My favorite commentary came from a young French archeologist who suggested that the best way to understand these paintings is to look to paintings elsewhere that are similar but more current. He told a story of an anthropologist working with an Aboriginal Australian who was retouching some ancient rock art, as is their custom. The anthropologist asked the Aborigine why he was painting. The Aborigine said (and I may not be remembering this quote exactly, but I’ve got the essence of it) “I’m not painting. The spirits of the rocks are painting.”

See The Cave of Forgotten Dreams in the theaters if you can, but if you don’t, look for it on TV in a year or so – one of the financial backers was The History Channel. 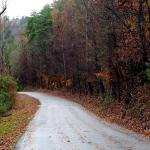 June 15, 2011 Pagan Values
Recent Comments
1 Comment | Leave a Comment
Browse Our Archives
get the latest from
John Beckett
Sign up for our newsletter
POPULAR AT PATHEOS Pagan
1