Initiation in the Western Mystery Tradition 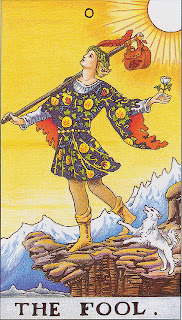 On Wednesday evening I attended a lecture by Dr. Paul Clark, Steward of the Fraternity of the Hidden Light. It was titled “Initiation and Archetype in the Western Mysteries.”

The best general online introduction to the Western Mystery Tradition is probably the Wikipedia page, although the subject is so broad and (if you’ll pardon the phrase) shrouded in mystery you could follow hyperlinks all day and still not have a definitive definition in your head.

Here’s my rough attempt at a definition: the Western Mystery Tradition is Universal Truth expressed through Western religion and culture. It draws heavily on the texts and teachings of Judaism, Christianity and Islam. Its expressions include Qabalah, Freemasonry, the Golden Dawn, and the many groups that formed in the 20th century following the breakup of the Golden Dawn.

It includes Wicca, at least in its original Gardnerian and Alexandrian forms.

I attended the public meetings of the Fraternity of the Hidden Light several years ago for several months. It was interesting and the techniques they taught were helpful – I could see the universal principles and techniques behind them. I left because I’m a Druid – I wanted to learn from and work with the myths of my Celtic ancestors. The myths of the ancient Hebrews, while both powerful and prevalent in the West, are too closely associated with the fundamentalist Christianity of my childhood. That doesn’t make them wrong, but it does make them very difficult for me.

However, I still drop in for the occasional special program. Here’s what I came away with.

Before the lecture I asked Dr. Clark about the keys to facilitating a transformative initiation experience. He said it was a combination of aspiration (wanting something to happen) and receptivity (being willing to accept whatever comes your way). Based on my experience with initiations (both receiving and officiating) I would agree.

Initiation is both an event and a process. The process begins with a calling: “deep calls to deep.” That calling is usually motivated either by pain (“something is wrong and I need to fix it”) or by curiosity (“there’s something more out there and I want to know it”). The person begins to seek, and the seeker becomes irrational, erratic, and lives on the edge – as illustrated by The Fool of the Tarot.

Initiation is a portal – the only way you get in is by declaring your desire and your intent. According to Dr. Clark, the only valid intent for esoteric studies is “to know in order to serve.”

Initiation is not an intellectual exercise. It works in the subconscious via symbols – symbols are the language of the heart.

The central task of initiation is aligning your will with the Divine will. You do this by diligent practice, especially the practice of meditation and visualization.

Paul Clark’s path is not my path, but we’re headed toward the same destination.

October 10, 2011 Qualifications and Tradeoffs
Recent Comments
0 | Leave a Comment
"I haven't seen discernment talked about much on a beginner level, but it's a great ..."
Helmsman Of-Inepu “Stay in the Conversation” – Research ..."
"What's interesting is that many statistically insignificant spiritual practices by persons or small groups exist ..."
Gordon Cooper “Stay in the Conversation” – Research ..."
"I'm tired of "religion" as a synonym for Christianity. https://twitter.com/OutlawW..."
Amethyst 💙♌🍀🏴‍☠️ “Stay in the Conversation” – Research ..."
"Traditional Wicca by its very design was never going to become a viable avenue for ..."
kenofken The Pew Doors of St. Cuthbert’s ..."
Browse Our Archives
get the latest updates from
John Beckett
and the Patheos
Pagan
Channel
POPULAR AT PATHEOS Pagan
1