Early this morning a 24 year old man in Aurora, Colorado went into a midnight showing of the new Batman movie and opened fire. As I write this, 12 are confirmed dead and 59 more are injured.

James Holmes was a graduate student in neuroscience, but he was preparing to withdraw from school. He had one traffic ticket, no criminal record, no apparent connections to any terror or extremist groups, and no accomplices. He carried an AR-15 assault rifle, a 12-gauge shotgun and a .40-caliber handgun. He wore body armor (including a vest, helmet and throat protector) and a gas mask. He entered the theater through an emergency exit, set off smoke devices, then started shooting at random.

Police say he was apprehended in the parking lot and put up no resistance. His apartment is being searched by robot – the police believe it was booby trapped with multiple explosive devices.

Police have said nothing about a motive, but there are multiple reports Holmes had dyed his hair like the Joker, the villain in the last Batman movie.

I’ve been through a wide range of emotions: shock at the violence, sadness at the carnage, anger at the shooter, anxiety over likely responses and knee-jerk reactions, and frustration with my inability to understand how anyone could do something like that – even though I know good and well this is far from the first mass murder and it’s not likely to be the last.

When it comes to religious matters I’m pretty comfortable with uncertainty. Are the gods and goddesses individual, distinct beings? I’m convinced they are, but I freely admit they may only be metaphors and archetypes. Is there life after death? I believe there is, but I freely admit death may mean my end as a unique consciousness. There are many things I don’t know and can’t know and I’m OK with that.

When it comes to fellow humans who do things some have properly described as tragic, senseless, and evil, uncertainty seems unacceptable. If we can’t understand why these things happen, how can we keep them from happening again?

There’s an answer to that question. I just don’t like it very much.

To those who are using this atrocity to further their political arguments, stop it. Now is not the time. Nor are the arguments I’m hearing very persuasive.

To the conservatives who are saying someone in the theater could have stopped the shooter if we were all properly armed: get real. Holmes was wearing body armor including a helmet. That means you need not just a head shot, but a face shot. In a dark theater. With smoke filling the room. In the terror and chaos of hundreds of screaming people in an unexpected combat situation. I used to shoot a lot, and I still have some skill with a handgun. I can’t make that shot. Neither can you.

To the liberals who are saying stronger gun laws could have prevented this: get real. There are somewhere between 200 and 300 million guns in this country. If you outlawed them all today only a small percentage would be removed. And even if by some miracle you were able to confiscate all the guns, do you doubt for one minute that someone smart enough to get into a graduate program in neuroscience couldn’t build a bomb or make poison gas or come up with some other way to kill and injure dozens of people?

There will be a time to review this incident and see what – if any – lessons we can learn from it. That time is not now.

For now, I pray this will never happen again.

Even though the answer to that prayer isn’t very uncertain. 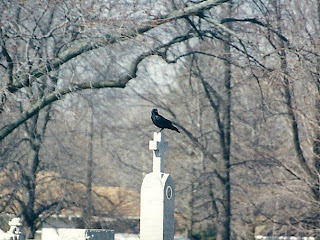 July 22, 2012 Apocalypse Not
Recent Comments
1 Comment | Leave a Comment
"I haven't seen discernment talked about much on a beginner level, but it's a great ..."
Helmsman Of-Inepu “Stay in the Conversation” – Research ..."
"What's interesting is that many statistically insignificant spiritual practices by persons or small groups exist ..."
Gordon Cooper “Stay in the Conversation” – Research ..."
"I'm tired of "religion" as a synonym for Christianity. https://twitter.com/OutlawW..."
Amethyst 💙♌🍀🏴‍☠️ “Stay in the Conversation” – Research ..."
"Traditional Wicca by its very design was never going to become a viable avenue for ..."
kenofken The Pew Doors of St. Cuthbert’s ..."
Browse Our Archives
get the latest updates from
John Beckett
and the Patheos
Pagan
Channel
POPULAR AT PATHEOS Pagan
1