A Line in the Sand 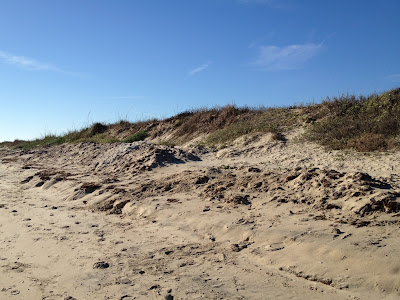 Star Foster at Patheos has created a small uproar with a passionate post titled “I Reject Jesus Christ.” It’s a response to a condescending post by a Catholic blogger who explained why Pagans have it all wrong, including a blatantly erroneous insistence that Paganism is “a particularly strong form of Protestantism.”

Responses to Star have been all over the board. Some have agreed with her and aired their own grievances against Christianity. A few insist Star’s problems with Christianity aren’t representative of “real” Christians (i.e. – their own brand). Many have said they have no problem with Jesus, but he’s simply one of many gods they don’t worship. And some see Star’s rant as an insult to liberal Christians who frequently are our political and humanitarian allies, and as a setback for interfaith relations.

I wrote about my thoughts on Jesus at Easter. While I join Star in rejecting conservative Christianity, I see the teachings of Jesus as a good thing. As a polytheist I see no problem recognizing Jesus as a god, but only as one among many. You could do far worse than follow Jesus, but that’s not my calling. I’m a Pagan – I’m called to follow Cernunnos and Danu (and sometimes Morrigan).

But all of these comments are missing the point of Star’s rant.

I come from a very similar religious background as Star. I know what it means to say “I reject Jesus Christ.” It means that if the religion of your childhood is correct, you just bought your ticket to an eternity of hellfire. Even the “once-saved-always-saved” Baptists would say that someone who would utter those words was obviously never saved to begin with – and has now closed the door forever.

I don’t know what’s in Star’s mind and heart, but I do know that in order to write those words she had to have the courage her chosen path was right and the one she left years ago was wrong – at least wrong for her. Sometimes the only way to move forward is to burn the bridges behind you and eliminate the option of ever going back.

It took me a long time to move from the religion of my childhood to a universalism that allowed me to accept my calling to Paganism. Even though intellectually I rejected fundamentalist, exclusivist Christianity in my early 20s, it took far longer to break the emotional tentacles that had latched into my impressionable mind as a small child.

During the eight years I casually explored witchcraft and Paganism I did a lot of dabbling, including at least two self-dedications. But none of them felt permanent and I still kept one foot in Christianity. Of course, my practice went nowhere – not in Paganism and not in Christianity.

When the Denton CUUPS group began to prepare for our first Ritual of Dedication and Covenant, I knew it would be different. I knew I was drawing a line in the sand. As the date grew closer, I began to be inundated with calls to turn back. Every time I turned on the TV there was a preacher talking about how everybody but his version of Christians was going to hell. I visited a friend who is very well off financially and got the feeling I should be working to make more money instead of “wasting” my time with religion. I visited another friend who rarely steps out of his comfort zone and got the feeling I should just stick with what I know.

The line in the sand was glowing bright red. Sometimes ordeals happen before the ritual even begins.

We performed the Ritual. After the castings and invocations, after the object lessons and after the oaths, Summer drew the sacred symbols on my forehead. I stepped across the line in the sand, and I felt the change happen. And it felt right.

The old fears got smaller, but they didn’t stop right away. That would take several more years of practice and study and meditation and direct experience of the gods and goddesses. But that was bound to happen once I stepped across that line in the sand.

So mote it be!

August 6, 2012 Hard Work
Recent Comments
3 Comments | Leave a Comment
Browse Our Archives
get the latest from
John Beckett
Sign up for our newsletter
POPULAR AT PATHEOS Pagan
1 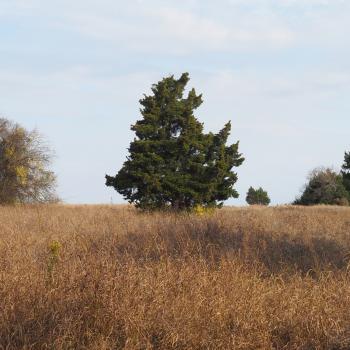 Pagan
What Does It Take To Be An Honorable...
John Beckett