The Myth of Progress 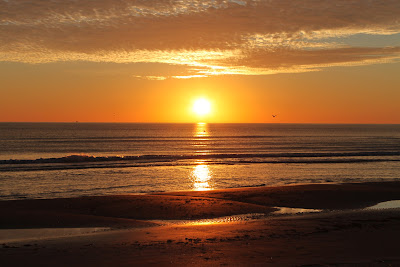 It is fashionable in some circles to bash the myth of progress – the idea that things will continue to get better and better all the time. I’ve done it myself – in my last post I strongly implied it was one cause of the great problems of our world.

We have made lots of progress and it’s mostly good. We live longer and easier than people have ever lived. Literacy is virtually universal. Slavery has been gone in this country for almost 150 years. We no longer argue about who can vote and instead argue about why so many don’t. There are few areas where life in the West isn’t better today than it was 50 years ago, much less 150 years.

This change hasn’t been totally good. Wild places are becoming smaller and smaller, whole species have gone extinct, and humans have become alienated from the land, the sky and the sea. The benefits of modern society aren’t shared equitably within our country, much less throughout the whole world.

Nothing in this world is ever perfect or complete.

The problem with the myth of progress isn’t the myth itself – it’s how it’s extended and how it’s applied.

Progress is not self-generating. Time may (or may not) heal all wounds, but real progress requires work. Ending slavery required a war. Extending voting rights to women and African-Americans required organizing and marching and campaigning. Extending the right to marry to gay people will require the same.

Progress is not irreversible. The ancient Romans built a republic that while limited, was a major step toward self-government. It degenerated into an empire that was efficient but brutal, then collapsed into feudalism and monarchy for about a thousand years. All empires have limits – something the American empire has been slow to learn.

But the biggest problem our mainstream culture has with progress is that “progress” is assumed to be material progress. In particular, we’ve assumed that over time we’d all work less and less and have more and more. I don’t think I have to tell anyone how that assumption is working out.

Science fiction has given us visions of all but a few living a life of leisure. That’s not going to happen. Basic math and science says the level of material wealth can’t expand indefinitely. We have already passed peak oil production. We will not run out any time soon, but output will continue to shrink and prices will continue to rise. As the conservatives like to tell us, capitalism runs on oil. As energy supplies dwindle so will the availability of cheap material goods.

Our society gorges itself – both literally and figuratively – on corn crops subsidized at home and on toys and trinkets made in “low cost countries.” And the more we have the more we want, whether it’s another supersize burger, the next iPhone or a new investment opportunity that makes the Las Vegas Strip look like a safe bet. This is progress?

If you are in genuine need, you need more – it’s hard to be spiritual when you’re hungry or your roof is leaking. But after you have enough, more doesn’t make you happier.

Chasing material wealth is a distraction. That’s the main reason why monks and mystics of all religions typically live lives of extreme simplicity. It’s one of the reasons we automatically question any rich religious leader, from televangelists to popes.

We need the myth of progress – we just need to be realistic about what we’re progressing towards. Progress doesn’t mean bigger houses, faster cars and cooler gadgets. It doesn’t mean working less and less for more and more. It means having enough – including enough time to focus on the things that do make us happy.

I am no renouncer, no ascetic. I’m far from rich, but I have a nice middle class lifestyle. It’s enough and I recognize it’s enough. Is it enabling me to do the work I’ve been called to do or is it distracting me from my true calling?

I honestly don’t know. But I know this much – I have no excuses.

August 3, 2012 A Line in the Sand
Recent Comments
0 | Leave a Comment
"I like this analogy. We need to develop the MENTAL SKILL of skill-building, which skill ..."
Laurie You’re Just Making It Up As ..."
"Really... Interresting. I write a book with a friend (a fantasy/science fiction novel) and there ..."
Céline Aubé To Everyone Who Was Called by ..."
"Far right extremism is on the upswing worldwide. I was unfortunate enough to meet a ..."
Laurie The Dobbs Leak: A Litany of ..."
"Here is the only thing I could find. Perhaps you already found this page, too, ..."
Laurie The Dobbs Leak: A Litany of ..."
Browse Our Archives
Related posts from John Beckett