Yesterday I set out to write a post on the nature of the gods, as should be evident by the quotes I pulled from Cat Treadwell, Teo Bishop and Alison Lilly. But as I got into it, it seemed much more urgent to write about the process by which we are developing our Pagan theology. I’m slowly learning to follow the flow of the Awen instead of fighting it, so that’s what I wrote. And now this post is already taking me in a slightly different direction from what I outlined during my walk this morning.

Epistemology is a philosophical and theological term that basically means “how do we know what we know?” It’s a very complex subject and I don’t intend to explore epistemology so much as engage in it. How do we know about our gods and goddesses?

We know about gods and goddesses from their stories. This is how most of us first met the gods of our ancestors. I still have a copy of The Greek Gods published by Scholastic. I ordered it through the in-class book sales program (do schools still do that?) in 3rd or 4th grade. It’s a collection of abbreviated biographies and stories of the twelve Olympians (well, eleven of them – they left out Ares) and while I read them as fictional stories, they obviously had an impact on me. While I ordered and read dozens of the Scholastic books it’s the only one I’ve kept with me over the years.

Every culture has these stories, though some are more accessible than others. They give us basic information about our goddesses and gods: their parents, circumstances of their birth, their areas of interest or responsibility, their likes and dislikes, their heroic (and in some cases, infamous) deeds. The stories give us an introduction, but they do not tell us everything there is to know about a god or goddess any more than a newspaper article tells us everything there is to know about an ordinary person.

Some religions believe the value of ancient stories depends on their historicity. When it is demonstrated that certain stories could not have happened literally, they are forced to deny established facts or see their whole religion come crashing down.

Pagans and other religious liberals understand that even though ancient stories can’t always be read literally, they still give us valuable information about our gods and ancestors. More importantly, they are myths – stories that teach truths about who we are, where we come from, and why we’re here. They don’t just provide information to our left brains, they also provide wisdom to our right brains. Anyone who says “that’s only a myth” doesn’t understand the power of myth.

Read the stories of our ancestors and take what information you can from them. But also meditate on the stories and let them speak to you.

We know about gods and goddesses from observation of the natural world. Our earliest human ancestors (and maybe some of the pre-human ones as well) recognized something special in the natural world. Something animated living animals (animate – animal) that wasn’t present in the dead. Something made the Sun rise and set, made the crops grow and the seasons turn. Whatever that something or some things or some gods was, it was bigger and older and wiser than us.

These experiences of wonder and awe are still available to us today. Knowing the Earth revolves around the Sun and not vice versa does not make a sunrise any less beautiful and meaningful. Knowing the science of evolution does not make the existence of life any less magical. If anything, science has made the Universe more amazing, when we think about how we’re all made from stardust, how every living thing on Earth shares a common ancestor, how the further down we go into the structure of an atom the more mysterious things become.

Observations of the natural world and the religious experiences that flow from them are a universal phenomenon. We see it in virtually every culture and time. But interpretations of those experiences vary greatly. Some see gods and goddesses, some see elemental spirits, and some see one great interconnected being or force.

Go outside and look up at the sky. Travel to the mountaintops or the seashore. Look across the room at the cat or dog lying on your floor and contemplate all the ways he or she is like you. Ask what’s behind all that beauty and power and mystery. Then listen and hear who answers.

I don’t think I could be a polytheist if I hadn’t had direct, personal experiences of gods and goddesses. Our mainstream culture is heavily monotheistic and it’s moving toward monism, and there is a strong pressure to interpret any religious experiences in that light. Without names and personalities attached to the power, I think I’d be a pantheist or a non-Abrahamic monotheist. Actually, I may be a pantheist as well as a polytheist, but that’s another post for another time.

I have met gods and goddesses. I prayed and they answered. I quietened my mind and they spoke. I invoked and they graced me with their presence. I made offerings and they responded. I asked and they gave… and sometimes, they asked for something in return.

On a few occasions that experience has been intimate. The Wiccan rite of Drawing Down the Moon can be adapted to commune with any deity – any deity who’s willing, that is. These have been the strongest, most real religious experiences I’ve ever had. I didn’t just talk to Cernunnos – he became part of me and I became part of him. He let me see through his eyes, let me feel the power of the stag and the power of the forest. That experience outweighs any argument any skeptic can make.

I don’t expect you to take my experience as authoritative. And that’s one of the reasons Paganism is a growing religion – you don’t have to accept someone else’s experience. You can have your own. I don’t recommend you attempt Drawing Down a deity unless you’re already on good terms with him or her, but anyone can meet a goddess or god in a meditation. 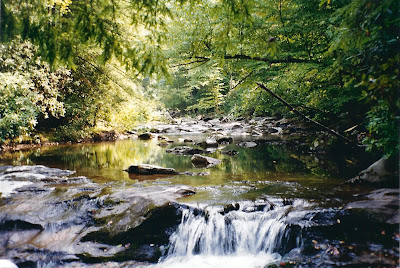 Three streams into the pool. Myths, the natural world and direct experience all tell us something about goddesses and gods. There is the classic metaphor of the blind men and the elephant, but I prefer to think of myths, the natural world and direct experience as three streams flowing into a common pool. Each stream of knowledge comes by a different route, it carries different water, different minerals and different fish with it.

But let all three streams flow into your pool and you start to get a complete picture of who and what a god or goddess is.

Will your pool look identical to mine? Of course not. Will either of us have a perfect understanding of even one god? Of course not. But if you and I share our stories and experiences then we have six streams flowing into a common pool. Bring in a third person and we will have nine, and so on. With cooperation, good will, and a lot of hard work, we can come to know our deities very well.

Modern Paganism is a new religion, but we have the advantage of working with and for gods and goddesses who are very old. Much of the work of learning who and what they are has been done for us by our ancestors. Our job is be open to them, learn what they’re doing in our time, and listen for how we can be a part of the Great Work.

Connecting to Gods for Whom There...
John Beckett
Related posts from John Beckett