Morrigan is best known as a Battle Goddess and as Chooser of the Slain. War, death, and the transition from this world to the Otherworld grab our attention. But it is in her third role, as Lady of Sovereignty, that Morrigan is most active in our world today.

We have a problem with sovereignty in our mainstream society. Too many people’s sovereignty has been taken from them by inept politicians, corrupt financiers, and manipulative marketers. Sometimes it is stolen outright, sometimes taken through fraud, and sometimes handed over willingly. Sovereignty is hard work. Shakespeare’s Henry IV says “How many thousand of my poorest subjects are at this hour asleep! O sleep, O gentle sleep … Uneasy lies the head that wears a crown.”

Our “system” is broken. We must learn to honor the Earth as a living being – as our mother. We must establish peace and justice. We must end exploitation in all its forms. We must restore sovereignty to every person, every tribe, every species.

But before we can do any of that, we must reclaim and restore sovereignty for ourselves.

A local elder whose knowledge of past lives far exceeds my own says that before you were born, you consulted with your gods and guides and laid out a set of goals – things you need to learn, experience and accomplish in this life. I’m not sure I entirely agree with her on this, but whether it’s right, wrong or somewhere in between, it’s a very helpful concept.

So what’s interfering with our personal sovereignty?

Our sovereignty has been swindled from us by the sorcerers of marketing who use magic to distract us from our true will and convince us that happiness will only be found by buying what they’re selling. First they sell you the idea that you “should” be young and rich and thin forever. Then it’s easy for them to sell you things that create the illusion of youth, wealth, and attractiveness.

The fact that the people on Madison Avenue don’t stir cauldrons and summon demons (at least I don’t think they do!) doesn’t alter the fact that they’re practicing sorcery. Remember the classic definition of magic: the art and science of causing change in consciousness in accordance with will. Their will is to become rich through the manipulation of other people. Like all magic, it has its limits, but billions of dollars are made by convincing people that you need what they’re selling. And if we are not mindful, we hand them our sovereignty and expend our time, energy and money pursuing their will instead of our True Will.

As a Pagan, I see no virtue (or shame) in poverty. But there’s nothing like a visit from the Chooser of the Slain to remind you that once you have enough, it’s time to start working for something else. Do you have good, reliable transportation that minimizes its impact on the environment? If you don’t, then keep working toward getting a decent car or toward moving to a city with good public transportation. If you do, then stop worrying about whether or not you can afford a Mercedes and put your time and money toward your True Will.

Our sovereignty has been stolen from us by those who manipulate “the system” for their own gain at the expense of the rest of us. The “free market” is free in no sense of the word – it is dominated by corporations and their greed, which are in turn propped up by elected officials in their employ. The jobs that supported the middle class for two generations have been shipped to “low cost countries” in the name of “maximizing shareholder value.” Higher education – the gateway to the good jobs that remain – has lost most of its state funding and now requires crushing debt that takes years if not decades to clear. Fail to conform or protest outside narrowly prescribed guidelines (i.e. – in any way that’s effective) and an increasingly arbitrary legal system and an increasingly privatized prison system await.

Reclaiming your sovereignty means doing what must be done, no matter what. The Battle Goddess wants to win the war. She also chooses carefully which battles to fight and which to avoid – in the existing Celtic literature, Morrigan does very little physical fighting.

Your first priority is to provide for yourself and those dependent on you. If that means working within a corrupt system, so be it. Most people within our corporate and political systems aren’t corrupt – they’re just asleep. What could someone on the inside who is awake accomplish? Who could they influence? If you have to work a bad job, do it. If you have to move across the country, do it. Do what you have to do today to make things better tomorrow. Do what you have to do so you can do what you’re called to do.

In the most recent Elemental Castings podcast (#58), Come As You Are Coven High Priestess Yeshe Rabbit Matthews said “We should still take a stand right where we are, but on the larger scale, the illusion of fixing all of it is dangerous to the mission of improvement in the now.” Our world is greatly troubled, but we cannot restore sovereignty to everyone until we restore it to ourselves.

And this leads to a third way we lose sovereignty, a way in which we give it away. The troubles of our world are many – I’ve listed some of the more obvious ones here. Particularly if we are empathetic, we can be so disturbed by injustice we feel we must DO something, anything, everything we can to fix it. Raising awareness is one thing – obsession is another. 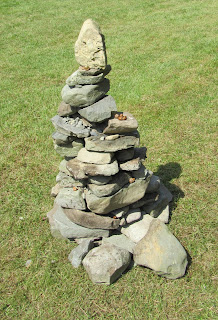 If you aren’t angered by injustice, you don’t have a heart. But if you’re angry all the time, then you’ve given over your sovereignty to the very thing you oppose. Not to mention it’s a lousy way to go through life. Be aware of the evil that’s in our society. But keep your focus on the good, and more importantly, on the good world you want to create.

The priestesses and priests of Morrigan are all saying the same thing: a storm is coming. For many of us that storm is already here. The Lady of Sovereignty is calling us all to reclaim our sovereignty and to exercise our right to rule rightly. Will you awake, and break the spell of the sorcerers of greed and power? Will you live your life in accordance with your True Will? Will you do what must be done, no matter what?

October 9, 2012 From Sunday to Monday
Recent Comments
5 Comments | Leave a Comment
"Yes, the "who is considered a Witch" question can lead to some real heated debates. ..."
Amanda Ingalls Who is Really a Witch?
"I LOVE watching anything related to space. I read "Adventures in the Solar System" when ..."
Amanda Ingalls Paganism in Space – Beyond “Earth-Centered”
"I got into a fairly heated discussion on this subject not with my family, but ..."
Amanda Ingalls Do the Gods Care About Everyone?
"I think Deities care more about some of us than others, or at least want ..."
Woods Wizard Do the Gods Care About Everyone?
Browse Our Archives
Related posts from John Beckett