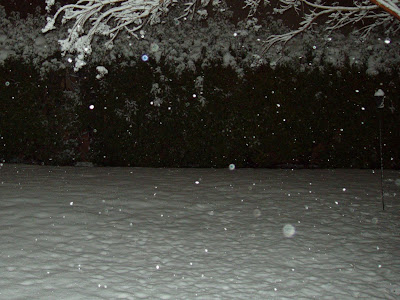 Most of us make our moral judgments intuitively and then look for a reason to justify our decisions. According to psychologist Jonathan Haidt, there are five primary moral intuitions that are universal throughout humanity: do no harm, fairness and reciprocity, loyalty to community, respect for authority and purity.

These intuitions were not designed or discovered, they evolved – they helped human societies survive, succeed and grow, so they were passed on from generation to generation. They began long before we became human (you can see these behaviors in chimpanzees) and are likely to influence our descendants long into the future.

A little thought can deduce the reasons why these intuitions have proved helpful. I want to focus on purity – and why I think it’s overrated, particularly in Pagan and liberal circles.

If you come across a bright shiny apple, it’s probably good to eat. If it has a worm in it, you may be able to cut the worm out and eat the rest. But if it has several worms in it, if it’s brown and mushy, if it has an unpleasant odor about it, eating it will probably make you sick. Pure food is safe, impure food is risky. Consider that very early humans may have first obtained meat by scavenging and not by hunting and the importance of purity is easy to see.

Purity, of course, is about more than just food. Humans have an even older evolutionary instinct to propagate our own genes and not someone else’s. Women know their children are their own, but men can never be sure. This is at the core of the desire by men for virgin brides – to be as sure as possible that any children the woman has will carry his genes and not some other man’s. Over millennia, this instinct has led to patriarchy, misogyny and much unhelpful sexual morality.

In today’s environment of STDs and unwanted pregnancies, sexual purity still has some value – just not nearly to the extent religious conservatives who would restrict sexual activity to married heterosexual couples would have you believe. Pagans and other religious liberals rightly understand that while sexual purity isn’t a bad thing, it’s overrated.

In a blog post titled Embracing Wal-Mart Pagans Peter Dybing calls out Pagans who try to “take the moral high ground” with other Pagans. He says:

I have friends who shop at Wal-Mart, support the death penalty, work for Monsanto, support Republicans, think the use of military force is a great way to establish democracy and support cracking down on pot smokers. As a product of the counter culture revolution I find these beliefs and actions to conflict with my personal beliefs. I DO NOT, however, find the individuals holding them lacking in humanity or Pagan conviction.

Dybing’s point is that we shouldn’t bash other Pagans whose beliefs and decisions don’t line up with our own. I agree, and I see the urge to do these things as an extension of the purity intuition.

This past Summer I stopped eating at Chick-fil-a. It became clear to me that the company wasn’t just supporting conservative institutions and values, it was actively causing harm by giving money to groups that work to prevent marriage equality and that attempt to “re-orient” gay people. I don’t want to give them my money and I don’t want to be seen eating in their restaurants – their homophobia would contaminate my ethical purity.

Many Pagans have a problem with Wal-Mart. They don’t pay their employees well, they drive small retailers out of business, and they encourage people to buy lots of stuff they don’t need. It’s tempting to say “we shouldn’t support Wal-Mart.” I understand that impulse – it’s the same impulse that led me to stop eating at Chick-fil-a.

But what are the alternatives? Shop at Target? Is one big box store really better than another? Shop at an independent retailer? Fine, if there’s one near you, and if you can afford the higher prices. If you have a comfortable middle class income maybe that’s no big deal. If you’re unemployed, underemployed, or otherwise struggling to get by, the extra cost may make the difference between staying afloat or falling further into debt.

Align your decisions with your values, but understand that decisions that are simple for you are not so simple for others.

What about fossil fuels? As Nature-loving, future-generation-honoring Pagans we understand that every ounce of fossil fuel we burn adds to climate change and lowers the supply of energy for our children and grandchildren. How much can you burn and still be pure? Can you drive a small car? Do you have to use public transportation? But trains and buses burn fossil fuels too. How are you going to heat your house? How are you going to get electricity for your computer, or for your lights? How much pollution is acceptable?

There is no “harm none.” In order to live we must consume other life. Just as an overemphasis on sexual purity has led to unhelpful social practices, an overemphasis on ethical purity can lead us to arrogance, broken relationships, and disfunctional communities.

Understand that other informed, mindful Pagans will make compromises that look very different from yours.

Have some humility and some compassion, because neither you nor they are ethically pure.

But purity is overrated.

Pagan
5 Ways to Get Off of a Spiritual...
John Beckett 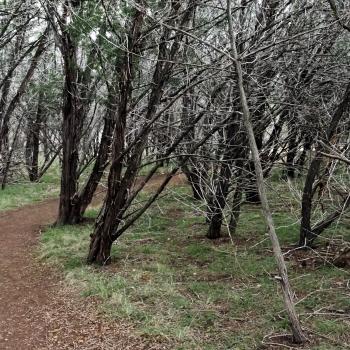 Pagan
No, You Didn't Choose to Suffer
John Beckett
TRENDING AT PATHEOS Pagan