There’s been a lot of chatter in the past few weeks on Pagan identity and on who and what is or isn’t Pagan. More recently Yvonne Aburrow has had one series and one post on the challenges of practicing more than one religion at the same time. And Sam Webster really stirred things up with his declaration that “no, you can’t worship Jesus Christ and be a Pagan.”

Yet as the header of this blog proclaims, I am an active part of three religious traditions: Pagan, Druid, and Unitarian Universalist.

I don’t propose to have a universal answer to all this discussion, but what I do works for me. I’d like to talk about what I do, why it works, and what I see as its limitations.

I’ve always had a love of Nature and a fascination with magic. Once I discovered Wicca it was inevitable I’d start down this path. Wicca ended up not working for me, but when I came across Druidry I knew I had found my home.

After a while I realized I had done all I could do on my own – I needed a group. I didn’t want a Wiccan coven and there were no Druid groves of any order in North Texas. Somewhere in all my readings I had come across CUUPS – the Covenant of Unitarian Universalist Pagans. I went online, found Denton CUUPS, went to check it out and never left.

As I got more involved with the group, the leaders began to emphasize the need for CUUPS members to be involved in the UU congregation. This has always been one of the keys to a successful CUUPS chapter – be a part of the congregation, not a group that uses the building. So I started going to the occasional Sunday service.

And I liked it.

I liked the emphasis on making this world better rather than hoping to qualify for a better world after death. I liked the lack of dogma and the openness to new traditions. I liked being able to connect to the better parts of the religion of my childhood without being told I had to believe things I couldn’t honestly believe. I liked the weekly services.

While doing this, I also served as an officer in Denton CUUPS and I started the correspondence course of the Order of Bards, Ovates and Druids. I completed the OBOD course in 2010, and in 2011 I began a 3-year term on the Board of Trustees of CUUPS National. And as almost five years of blog posts will attest, I’ve been exploring all three traditions every chance I get.

When it comes to what I do, I am fully engaged as a Pagan, as a Druid, and as a Unitarian Universalist.

This combination of traditions works because they share common values. Pagans and Druids would likely use other words, but most would agree with UUs’ emphasis on the inherent worth and dignity of every person; a free and responsible search for truth and meaning; respect for the interdependent web of all existence; and the rest of the UUA’s seven principles.

The combination works because none of these traditions make any claims of exclusive truth. I understand the people who reacted negatively to Sam Webster’s insistence that Pagans can’t worship Jesus, but the fact is that traditional Christianity claims to be the only way to find God. Those who criticize the Pope for his refusal recognize indigenous and Pagan religions as legitimate fail to understand the Catholic church’s longstanding belief that it alone possesses Truth. The Baptist church I grew up in taught that born again Christians were going to heaven and everyone else (including most Catholics) were going to hell.

While you can certainly worship Jesus as one god among many, that’s not traditional Christianity. I don’t know how you can simultaneously recite the Nicene Creed and worship the gods and goddesses of our ancestors.

I don’t want to reopen that particular can of worms. My point is that Paganism, Druidry, and Unitarian Universalism present no such conflicts. Some Pagans may not care for references to the Bible and some UUs may not care for pouring libations, but those dislikes do not rise to the level of exclusive claims to Truth.

It works because all three make use of generic spiritual practices. Meditation is meditation. Prayer is prayer. Walking is walking. Service is service. Each has its own emphasis, its own flavor, but I can say the Druid’s Prayer in any of them. Picking up trash on the side of the road honors all of them. Experiencing wonder and awe in Nature is part of all of them.

The main reason this combination has worked for me is the people. The vast majority of UUs have been accepting and curious. They may not all care for Pagan rituals, but the Pagan-themed Sunday services I’ve led have been very well received. Most Pagans are happy to have allies and supporters, even if they see things differently. And the Druids I’ve met have been the most open and welcoming group of people I’ve ever encountered.

I know some people have had bad experiences with one or more of these groups. Mine haven’t been perfect, but on the whole, they’ve been very very good. 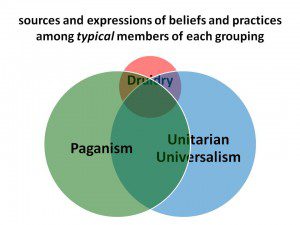 The diagram to the right is a rough approximation of the sources and expressions of beliefs and practices of typical Pagans, Druids and Unitarian Universalists. There’s a lot of overlap among my three traditions, and that overlap makes practicing all three relatively easy.

But as I’ve gone deeper into my spiritual practices, I’ve found myself moving toward the edges of these circles.

While Unitarian Universalism affirms “direct experience of that transcending mystery and wonder,” direct religious experience is not a strong point of most UUs (though there are some notable exceptions). More importantly, it’s not a practice UUs know how to teach. As my own practice moves towards more intense communion with the old gods and goddesses, the UU spiritual tool kit becomes less helpful and I increasingly draw on Pagan techniques.

My sources of inspiration are coming increasingly from the Druid tradition. I’ve been going back and rereading Celtic literature I read but didn’t really “get” on my first pass. I just finished an anthology from the Druid Revival (I’ll have a review in a few days). Morpheus Ravenna pointed me toward a Ph.D dissertation on “Goddesses in Celtic Religion” that’s been extremely helpful. This isn’t just information to satisfy my curiosity, it’s inspiration that shows me what others have done and points me toward what I can do.

If I worried about what the UUs thought about the edgy Pagan stuff or what the Pagans thought about the traditional UU stuff, or if I tried to fit everything I did into that center section where all three circles overlap, I’d miss out on a lot of magic, both literal and metaphorical. More importantly, I wouldn’t be doing what I’m called to do.

I plan to continue fully participating in all three of my religious traditions. They’re all meaningful and helpful to me, and I have close friends in them all. There are no incompatible differences between any of them.

But there are things that one tradition does much better than the others – at least for me. And in those cases, I will continue to dive deeply into that tradition and stretch the edge of that circle out, if only a little. 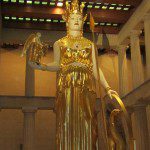 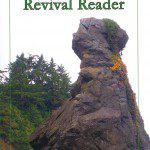 January 28, 2013 The Druid Revival Reader
Recent Comments
24 Comments | Leave a Comment
"I agree with much of what everyone in the comments is saying here, and understand ..."
Adam C Why I Still Call Myself Pagan
"Maybe with the right theme music, we could be "The Spirituality With No Name.""
Pitch313 Why I Still Call Myself Pagan
"As problematic as Disney can sometimes be, Frozen 2 had a saying that I just ..."
Zzyzx Tell Me What To Do
"Not that you asked ME, Dan--LOL--but, fwiw, the word "worship" sticks in my craw, and ..."
Laurie The Gods And Nature
Browse Our Archives
Related posts from John Beckett