The Reality of Limits

On Saturday I wrote about how my decision not to attend Pantheacon was a question of limits. Today I’d like to explore the nature of limits in more detail, with particular attention to the relationship between limits and magic.

In his book Mystery Teachings from the Living Earth, John Michael Greer devotes a whole chapter to The Law of Limits, which he describes as follows:

The Law of Limits: Everything that exists is subject to limits arising from its own nature, the nature of the whole system of which it is a part, and the nature of existence itself. Those limits are as necessary as they are inescapable, and they provide the foundation for all the beauty and power each existing thing is capable of manifesting.

That definition is a little obscure when taken out of the context of the book. A more explicit quote explains that the Law of Limits arises from our nature as finite beings living in a finite world.

Our human bodies and minds, then, are finite, and so are the bodies and minds of all the other beings in the universe, from the smallest to the greatest. According to the teaching of the mysteries, this fact reflects a central spiritual truth. Nothing can enter into manifestation except by becoming finite and, thus, embracing limits. Limitation is the nature of manifestation.

I find it helpful to divide limits into three categories: hard, soft, and self-imposed.

Hard limits represent reality as described by the laws of science. If you jump off a cliff unaided by aerodynamic or propulsion devices you will fall. If you attempt to walk through a solid brick wall you will smash your nose. When we pump all the oil out of the ground there will be no more. When a species goes extinct it’s gone forever.

Sometimes we can ignore hard limits. The oil is flowing today – it’s easy to assume it will keep flowing forever. Most of us have never seen a Mexican Long-Nosed bat – it’s easy to forget it’s endangered and may disappear. But as with walking toward a solid brick wall, when we go from “near the limit” to “at the limit” there is an abrupt reminder that we can only ignore hard limits until we reach them.

Soft limits represent the reality that some things which are possible individually are impossible together. I’ve never been to Pantheacon, but I’ve been to other conventions where there were two or three seminars I wanted to attend and they were all in the same time slot. Going to any one of them was easy – going to all of them was impossible. John Michael Greer gives the example of someone who wants to be rich but who also wants to spend every cent he makes. The two goals – accumulating wealth and spending mindlessly – are mutually exclusive.

Soft limits can get complicated, as anyone who’s ever tried to balance a household budget or study for three final exams on the same day can attest. Coming to an optimum decision gets even harder when more than one person is involved, as when Partner One screams at Partner Two “what do you mean I can’t buy new clothes – you just bought a new TV?!” Or worse, when Partner One looks at Partner Two and asks “do we pay the doctor bill or the electric bill?”

In my last post I talked about my own fear of crowds. There are places I won’t go because the crowds will be thick and the lines will be long. I’ve learned coping techniques: setting realistic expectations, planning for contingencies, allowing plenty of time, and focusing on the payoff instead of the discomfort in getting there. I have to be mindful and make sure my response to a self-imposed limit is not “I can’t” but either “I can and I will” or “I choose not to.”

There is a fourth category of limits: boundaries. Boundaries are arbitrary, human-drawn lines between what is acceptable and what is not acceptable. Boundaries can be helpful or harmful, supportive of an orderly life and society or the tools of oppression. But while boundaries are theoretically just another type of limit, in practice they function very differently and I’d prefer to address them in a post of their own.

Limits aren’t bad things. As Greer’s Law of Limits says, they “are as necessary as they are inescapable.” Even the greatest limit of them all, death, has its gifts. In the words of Connie Barlow, “without death, time would not be precious.”

Still, there are times when we are legitimately frustrated by a limit and want to overcome it. And if you’re reading this blog, there’s a good chance you’ll try magic to accomplish your goals. This is why it’s important to understand what type of limit you’re working with.

Magic is an excellent tool for overcoming self-imposed limits. One of the classic definitions of magic is “changing consciousness in accordance with Will.” Change your consciousness and your self-imposed limits may disappear. Or more likely, magic will help you work past them, like my coping techniques help me work past my fear of crowds. Or magic may help you realize a limit is there for a very good reason and you don’t really want to go past it. Not “I can’t” but either “I can and I will” or “I choose not to.”

Magic is useless against hard limits. No spell will bring light to a cave. No ritual will make crops grow in a desert. No visualization will cause you to fly unassisted. No sacrifice will allow you to breathe at the bottom of the ocean. 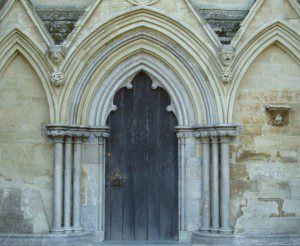 Limits are real and necessary and good. Magic can help you overcome some limits but not others – make sure you know what kind of limit you’re dealing with and construct your workings accordingly. 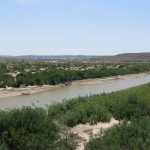