My father grew up in the Great Depression. He was the fifth of eight children and spent much of his youth sharecropping. My grandfather died when my dad was still in high school – he dropped out to go to work full time. Those early experiences gave him a rather unsympathetic view to the complaints of a certain geeky kid who preferred reading to farming and who had some very different ideas about what life was all about.

If I complained about foods I didn’t like, I’d hear “there are starving children in China who’d love to have that.” If I complained about not having something I thought I needed, I’d hear “I cried because I had no shoes, until I met a man who had no feet” (which from a bit of googling appears to be an old Persian saying). Sometimes the responses were more direct: “stop complaining and do what I tell you.”

There’s a certain practicality in that approach, and as someone who preaches “do what you have to do so you can do what you’re called to do” I can see my father’s teachings haven’t completely left me. I can also appreciate that this approach helped him work his way from high school dropout to the solid middle class life that gave me my start. Such an achievement would be far more difficult today with the disappearance of so many good blue collar jobs, but that’s another rant for another time, and it doesn’t diminish the fact that it was a worthy achievement.

Looking back on those times with the benefit of experience and maturity, I see that while my father meant well, his approach was only partially helpful. Yes, there is wisdom in “just do it” and wallowing in despair is never helpful. But telling me I had no right to complain simply made a difficult situation harder.

I think about these things when I hear someone mention “first world problems.” Or when I’m having to deal with several of them at the same time.

I’m thankful for what I have, and I know that much of what I enjoy is due to the grace of the gods and pure dumb luck. But knowing that other people have worse problems than me doesn’t make my problems go away, it doesn’t make me feel any better, and it doesn’t motivate me to do the things I need to do.

If I was a first-class magician I could make these problems go away, right? If I was a truly spiritual person, these things wouldn’t bother me, right? No. Those ideas don’t make any more sense for Pagans than they do for Christians who claim that wealth is a sign of God’s favor. The only religious practice that makes problems go away is monasticism, and that’s only a partial solution. By devoting themselves to contemplation and extreme simplicity, monks give up the opportunity for experiences in exchange for freedom from the complications those experiences can bring. Monasticism is a trade-off, not a shield.

No matter what your religion or spirituality, no matter how devout or pious you are, you aren’t exempt from the realities and randomness of life.

What dedication to a positive religious tradition and a healthy spiritual practice can do is give you a sense of perspective. It can teach you the difference between inconvenience and injustice. It can help you see things as they really are, free from both fear and wishful thinking. When you see things as they really are, you’re in a much better position to respond appropriately and effectively. It can rearrange your priorities, reminding you than an annoyance is just an annoyance and not something that will keep you from your true will.

But it can’t make you immune to the frustration of unmet expectations, the anger at ineffective and uncaring systems, and the pain of loss. We shouldn’t pretend it can.

Those who make fun of first world problems are half right: we need to develop a sense of proportion and a sense of compassion for those whose daily lives are far more difficult than our worst day. My father was half right: when you’re in an unpleasant situation, pick yourself up and do what you have to do to make it better.

But the fact that others are hurting more doesn’t make me hurt any less. 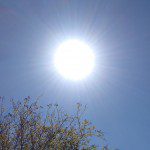 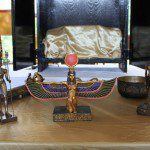