We who are living in 21st century America have more religious options than ever before in the history of the world.  Thanks to legal protections for religious freedom, a free flow of books and other information, and the connections made possible by the internet, if a religion is being practiced or has ever been practiced you can practice it here and now.

That’s a good thing, right?  Isn’t “more choices are always better” a fundamental axiom of American life?  As someone who found the religion of my childhood to be at odds with my core values and who is participating in the re-creation of a tradition that disappeared for over a thousand years, I’m thankful we have this wonderful opportunity.

But these seemingly unlimited options don’t come without cost.  It takes time to investigate the beliefs and practices of a new religion, to learn its history and customs, and to see how well they work in practice.  It takes more time to compare one religion to another, and to make sure you’re making a decision based on religious reasons and not because the Unitarians have good coffee or the Methodists have a great sound system.

Even if you conduct an exhaustive study, how can you be sure you made the right decision?  Let’s ignore the religions that claim exclusivity (which I would do anyway – religious certainty is not possible).  Choosing a sub-optimal religion won’t send you to hell, but it can make your life less rich, less satisfying, and less helpful than choosing a religion to which you are better suited.

So while it is good we have the freedom and ability to find the religious path that best matches our individual needs, interests, and religious experiences, these overwhelming choices can create stress.  There’s a term for this stress – buyer’s remorse.

Wikipedia has a good definition of buyer’s remorse:

Buyer’s remorse is the sense of regret after having made a purchase. It … is thought to stem from cognitive dissonance, specifically post-decision dissonance, that arises when a person must make a difficult decision, such as a heavily invested purchase between two similarly appealing alternatives.

Buyer’s remorse isn’t so much about thinking what you chose was wrong as thinking another choice would have been better.  I’m happy as a Pagan, but I’m envious of the organizational structure of the Catholic church.  On stressful days I think I’d be better off as a Buddhist.  Nadia Bolz-Weber reminds me of the power of the message of Jesus.  My many Feri friends make me wonder if I’d be a better Pagan if I had their training and experiences.  And even within my chosen tradition of Druidry, my hard polytheism would be a better fit in ADF than in OBOD.

In an environment where we are truly free to choose, religious buyer’s remorse is inevitable.  How can we deal with it effectively?

First, a religion isn’t a commodity.  It’s part of what you are, who you are, and whose you are.  Despite what the evil sorcerers of Madison Avenue would like you to believe, the clothes you wear and the car you drive are not.  As much as parts of other religions appeal to me, at my core I’m not a Catholic or a Buddhist or a Feri witch.

Next, are you sure those things that give you buyer’s remorse can’t be found in your own tradition?  Nobody does structure like the Catholics, but we Druids have some decent structures ourselves – there’s a reason Druid traditions are called orders.  You don’t have to be a Buddhist to meditate.  And while I’ll never learn the secrets of Feri, I’ve learned some pretty strong magic and had some very strong religious experiences.

Conversely, if you’re a Lutheran who really wants to practice magic, there’s a long tradition of Christian esotericism.  Many liberal Christians are embracing the Divine Feminine, through the Marys or through God the Mother or both.  And while I’m a polytheist, there’s a whole branch of Paganism by and for non-theists.

All religions are not the same and not elements can be found in all traditions.  And some things just can’t be combined – you can worship Jesus and Thor, but don’t expect the Baptists to accept you (nor will the Heathens).  But dig just below the surface and you’re likely to find that what you think you’re missing can be found within your own religion.

Nostalgia is not buyer’s remorse.  I had a difficult time growing up in a small Baptist church, but I can still appreciate gospel music (in small quantities, anyway) and I can admire the power and effectiveness of good preaching even if I don’t agree with the sermon content.  And Bach (an addition from my later Christian days) is beautiful by any standards.  I have some fond memories of my previous religion, but they are memories, and the path leads forward, not backward.

Finally, remember that what you get out of a religion is directly proportional to what you put into that religion.  Spiritual maturity does not come by dashing down one path and then back to another, it comes from committing yourself to one path and then following it as far as you can.  There may be some trial and error involved early on, but when you find the place where you belong, when you hear the gods who call to you, when your soul whispers “this is it” then give that path your all.

Just as we need not attack other religions to be committed to our own, neither must we abandon our path when we see something meaningful in another tradition.  Buyer’s remorse may be inevitable in this massive marketplace of religions, but it need not cause us to abandon our calling, our home, and our true will. 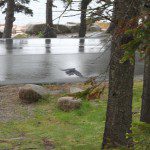 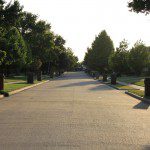 October 17, 2013 Responding to a Dysfunctional Society
Recent Comments
7 Comments | Leave a Comment
"The Journey Into Spirit has been re-released as As The Last Leaf Falls, which was ..."
John Beckett 8 Things to do for Samhain ..."
"I came here to say that."
Caycee MacGowan Samhain: Celebrating the Season
"THANK YOU!!!!!!"
John Beckett 13 Songs for Halloween: A Video ..."
"Thank you, John. I have reblogged this on our site at https://sacredgroveswc.org/2020/10/19/samhain-2020/. We are having ..."
Khalila RedBIrd Under the Ancient Oaks Online Samhain ..."
Browse Our Archives
get the latest from
John Beckett
Sign up for our newsletter
POPULAR AT PATHEOS Pagan
1

Making It Through The Rest of...
John Beckett
Related posts from John Beckett