We’re Still Here and the Earth is Still Sacred 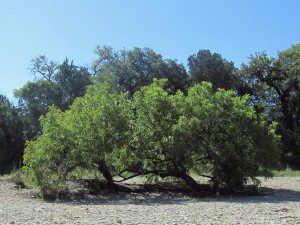 Patheos is doing a series on important issues in individual religious communities.  For the Pagan Channel, our issue is environmentalism and climate change.  Here’s the question in its entirety:

With the recent release of several large-scale studies showing that climate change may now be inevitable, many Pagans are re-evaluating their approach to environmentalism. Particularly in the United States, the Pagan movement of the 1960s and 1970s embraced ecotheology and Gaia theory in the belief that the damage human beings were causing to the environment could be slowed or stopped. Today, the possibility that human beings will change their ways before our fossil fuels run out seems much less likely, and the hopes of earlier Pagans may appear wildly unrealistic.

As Pagans, do we continue or intensify our environmental activism, hoping to minimize climate change? Do we take time to grieve, as in the Dark Mountain project, or begin to prepare for scarcity scenarios? When we listen to our gods, our ancestors, the spirits of the land, and/or Gaia Herself, what guidance do we receive? What does it mean to be Pagan or practice a nature religion in the midst of climate change?

American football coach Bill Parcells said “you are what your record says you are.”  The record says environmentalism – Pagan or otherwise – has failed.  Climate change is in full swing and while we may not have passed the point of no return we show no signs of reversing course.  We passed peak oil (the point of maximum oil extraction) in 2005 and we’re fracking for natural gas in our own back yards – sometimes literally.  While we’ve finally started paying attention to energy efficiency (driven more by finances than by ethics), we’re only delaying the inevitable by a little bit.  The world economy (it’s not just the West any more) is built on cheap energy and when it’s gone, so is the American standard of living, at least for all except the very rich.  Meanwhile, the damage done by burning all the fossil fuels will be felt by all.

Pagan environmentalism has not been an unqualified failure.  The work of the environmentalists of the 1960s and 1970s – some of whom were Pagan and many of whom were not – has borne some very nice fruit.  Our air and water are much cleaner than they were forty years ago.  The Endangered Species Act – hated by some for its insistence that preventing entire species from going extinct is more important than adding costs to building projects – has been a great success.  Recycling may be a drop in the bucket, but it helps, and it’s now commonplace.

Beyond that, the 60s and 70s were an idealistic time – it’s fair to ask just how realistic our expectations were.  People do what’s in their immediate personal best interest unless you give them a very good reason to do something else. Did we really think we were going to change the priorities of the majority of people in the Western world?

I remember when you didn’t need instruments to measure air and water pollution – you could see and smell it.  That provided a personal, emotional connection to environmental action.  But unless there’s an oil spill near you or unless gasoline prices go up, you don’t notice the effects of fossil fuels.  Computer models and projections don’t help the average person separate the long term trends of climate from the short term variability of weather.

Perhaps the most rapid social change in the history of humanity has been the expansion of LGBT acceptance over the past twenty years.  There are many reasons for this shift, but by far the largest has been LGBT people coming out of the closet.  I was in my mid 20s when I first worked closely with a gay man – as I got to know him I quickly went from homophobic (literally – afraid of homosexuality) to a strong supporter of gay rights.  If I had been a more compassionate, more reasonable person that wouldn’t have been necessary, but I wasn’t and it was.  The personal connection made all the difference for me and people like me.  The generation that grew up with Heather Has Two Mommies doesn’t see what the big deal is.

Making those deep, emotional connections is critical – without them few of us will make meaningful changes in our lives.  Dr. Kimberly Kirner, an anthropology professor at California State University Northridge and a fellow Druid, surveyed 800 self-identified Pagans about their spiritual practices and actions related to environmental sustainability.  Her findings are not encouraging.

While practices related to nature spirituality and connecting to place were statistically correlated to a higher frequency of political action (such as signing petitions or writing letters) and environmental education, initial statistical analysis has not indicated any correlation to household-level actions for sustainability itself (such selecting a smaller home or using less electricity).

Across Pagan traditions and for both solitary and group practitioners, Pagans’ overall household ecological footprint in the United States is statistically similar to the American average on multiple measurements: house size, meat consumption, transportation use, and other key factors related to a household’s contribution to ecological sustainability.

Dr. Kirner is conducting more complex statistical analysis prior to presenting the study at the American Academy of Religion meeting in November.  I hope she finds some positive trends in the details, but I’m not optimistic.  We are so embedded in the mainstream culture we rarely notice its influence – and its influence is strong. 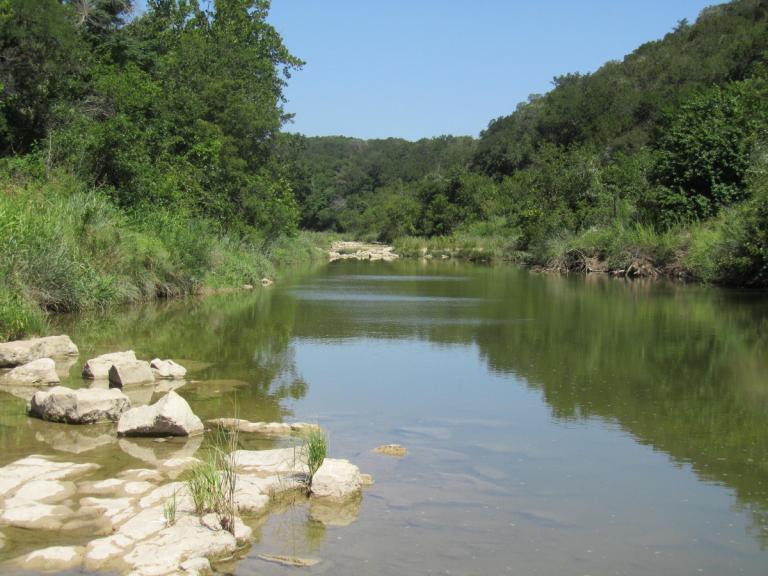 How do we change that?

Preaching about hell fire didn’t work very well for the fundamentalist church where I grew up.  When tomorrow came and hell didn’t, people went right back to doing what they wanted to do.  Environmentalist preaching about climate change hell hasn’t been any more effective – it’s too easy to ignore.

It isn’t education or information.  It’s a personal, heart-felt connection to what is desired.  It’s learning to see the Earth as sacred, to feel the Earth is sacred.

Religious experience is important but experience alone isn’t enough.  There are plenty of people who enjoy sunsets and trees and never give a second thought to how much oil they’re burning.

Thinking about what those experiences mean is important, but interpretation alone isn’t enough.  How many times do we hear Pagans rightly say “it doesn’t matter what you believe, it matters what you do”?

Spiritual practice is important – and if you force me to rank them, I’ll say practice is the most important of the three – but practice alone isn’t enough.  Meditation, prayer, and study can focus our attention inward to the extent we forget there are other concerns that are greater than our own.

But put all three together and center them on Nature and the Gods of Nature and we can develop the kind of religious devotion that reorders our priorities and changes our lives.

We were not placed on the Earth, we grew out of the Earth.  The Earth is our Great Mother, and is due the honor and respect we give our human mothers.  The Earth has inherent dignity and worth of its own, not merely what value humans find in its usefulness.

We experience the beauty and power of the Earth.  We understand the sovereignty of the Earth.  We honor the Earth in ritual and in our daily lives.  And in doing so, we build the kind of deep, emotional, religious connections to the Earth that help us live in harmony with the Earth.

The environmental movement has failed, but like most failures, it is a temporary failure.  We’re still here, and the Earth is still sacred. 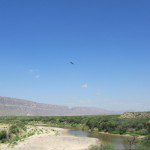 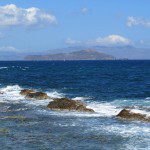