The Limits of Hospitality

Good religions do more than provide us with inspirational experiences.  Good religions also provide a framework for identifying our core principles and values and for putting them into practice in our daily lives.

Some religions do this with rules that specify what practitioners can’t do or what they must do.  We Pagans aren’t big on rules – I wasn’t big on rules before I became Pagan and I’m certainly not big on them now.  Rules are supposed to make things simple and predictable and to a certain extent they do.  But there are times when situations arise that the rule-makers never anticipated, and we see constant examples of how the rich and powerful abuse rules, laws, and the law-making process for their own benefit.

Rather than rules, many Pagans emphasize virtues – qualities we seek to promote and embody regardless of the situation.  I like the Greek word arete, which is usually translated as “striving for excellence.”  Cara Schulz had an essay on The Wild Hunt a couple weeks ago where she used Nebraska football as an example of arete.  While I’m no Husker fan, I think Cara’s comparison is both historically accurate and helpful to us in our efforts to understand the concept of virtues.

We strive to do what is right and to do it well, even as we understand we are imperfect humans and therefore we will never fully embody our ideals.

At its core, hospitality is showing proper respect to guests.  When we hold a Pagan circle, we speak to our guests as they arrive, we make sure they know what they need to know to participate in the ritual, and we encourage them to stay afterwards for food, drink, and conversation.  When we invite the Gods to join our circle we offer Them food and drink as well.  They may not physically consume it, but both ancient history and contemporary experience tell us They appreciate it.

When we practice good hospitality, our actions tell our guests “you are valued” – not because you may someday join our group or because you may throw $20 in the basket, but because you are a living, breathing, sentient being who possesses inherent dignity and worth.

In the ancient world, hospitality frequently meant opening your home to strangers.  Travel was slow and dangerous and in many places accomodations simply didn’t exist.  Sleeping outdoors left travelers vulnerable to the elements, to wild animals, and to human predators.  Food and water could be difficult or impossible to find.  Particularly in harsh environments, refusing to offer hospitality was tantamount to saying “I don’t care if you live or die.”

The Gods took hospitality seriously.  There are stories of both Zeus and Odin disguising themselves as lowly travelers to test the hospitality of mortals.  Those who were good hosts might be rewarded, those who were not could expect the opposite.  We see this in the Abrahamic religions too – the New Testament says some who seek hospitality are really angels, while the Islamic tradition says “whoever believes in Allah and the Last Day should serve his guest generously.”

Some cultures had specific requirements for hosts, but in general they were expected to freely share their best, to protect their guests from harm, and to not expect anything in return other than gratitude.  Being a good host was the sign of a being a good person and a way to build one’s reputation.

There were also expectations for guests.  Be polite, don’t be demanding, accept what you’re offered with gratitude, and leave before you become a burden on your host.

Perhaps 70,000 undocumented, unaccompanied children have crossed the border from Mexico into the United States this year.  There are several million undocumented immigrants – the number fluctuates based on economic and other conditions here and in Central America.  We don’t know how many or who they are because our legal system forces them to stay in the shadows.

Before some of you start screaming “Illegals!  They’re breaking our laws!” I want to make one thing very clear:  I don’t care.  Like drug laws and so many of our other laws, our immigration laws are overly complex, motivated by the prejudices of some and the greed of others, and impossible to enforce.  Don’t tell me what the law is – I have no respect for bad laws.  Tell me what the applicable virtues are and how we best embody them.

Desperate people do desperate things.  If a hurricane is coming, you evacuate.  If there is no work, you go where the work is.  If war comes to your neighborhood – whether by armies or by gangs – you get out any way you can.

In my brief survey of ancient hospitality, I noticed a pattern.  In harsher climates, expectations for hospitality were higher.  Part of this, I’m sure, was the simple realization that turning away guests in the desert where water is scarce is more likely to result in their deaths than turning them away in the forest, where water is usually available.  A bigger part, though, is that people living in the desert have experienced scarcity for themselves.  They know first-hand what it’s like to not have enough, or to be on the verge of not having enough.

How many of us in this country have experienced anything remotely resembling the lives of the Central American poor?  Or for that matter, the poor of our own country?  What assumptions are we making about their lives, their circumstances, and their motivations that simply aren’t accurate?

I also noticed that in structured, hierarchical societies, it was generally expected that either institutions or the wealthy would provide hospitality, while in flat societies or societies with dysfunctional or non-existing institutions, hospitality was considered the responsibility of everyone, even the poor.

American society is structured and hierarchical and it is also dysfunctional.  Over the last hundred years, we’ve come to expect that our personal hospitality obligations only apply to members of our own tribes:  family (and in some cases, only close family), friends, followers of the same religion.  Hospitality for others is assumed to be the responsibility of institutions.  Anything we contribute to that is considered to be voluntary charity.  This attitude is exacerbated by the sheer magnitude of the need for hospitality, which would quickly exhaust the resources of even well-off individuals.

The cry of “you want to take care of them?  YOU do it!” ignores the social contracts we have made over the last hundred years.  The current situation challenges even our institutional resources, though it must be noted that our institutional resources are strained because we have favored tax cuts and empire maintenance over providing for the needs of our own citizens (which includes infrastructure and basic services), much less the rest of the world.  Don’t tell me hospitality is only an individual responsibilty if you aren’t willing to join in.  To do so says you don’t care if refugees live or die.

Hospitality is not the only virtue in play here.  It is a virtue to care for your own, and it is no vice to want to see your tribe (family, community, nation, however you define it) not just survive but thrive.  The ancient laws of hospitality called for sharing your best with strangers, but they made it clear no one was obligated to put his own household in jeopardy by doing so.  The Abrahamic religions stated their rules more explicitly – the Islamic tradition says “It is not permissible for a Muslim to stay so long with his brother till he makes him sinful,” which means “the guest prolongs his stay till nothing is left for the host to offer him.”

There is much misinformation around the subject of undocumented immigration, and much of that is deliberate.  Some claim poor immigrants just want “handouts,” though anyone who has paid the least bit of attention can see that the vast majority simply want paying work.  These refugee children are in need of care which will not be cheap, but would they be here unaccompanied if our immigration laws were more reasonable?  Desperate people do desperate things.

While the slippery slope is a logical fallacy, those who claim “we can’t take them all” speak the truth.  Or at least, a partial truth.  Opening a largely unsettled country to anyone who could get here using 19th century transportation was one thing, opening an already crowded country in this era is something quite different.

Our families will not starve if we open our borders, but it will drastically change the country.  We will become poorer and more crowded.  Whether this is a bad thing, a good thing, or simply an acceleration of an inevitable future is another question for another time.

How do we balance our obligations of hospitality with our desires to care for our own?

I began this project with the intent of using the virtue of hospitality to point me toward a recommended course of action, something I could shout from my soapbox with passion and with moral certitude.  I’m no closer to that than when I began.  This is a very complicated issue and it can be simplified only by ignoring critical facts.

But I’m certain of this:  the people who cross our borders in search of better, safer lives for themselves and their families are people who possesses inherent dignity and worth.  It matters if they live or die.

I’m certain of this:  desperate people do desperate things.

I’m certain of this:  arete says we should strive to do what is right and to do it well, even as we understand we will never fully embody our ideals. 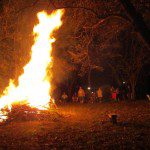 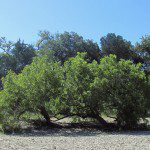 July 22, 2014 We’re Still Here and the Earth is Still Sacred
Recent Comments
0 | Leave a Comment
"Agree 100%."
Falconlights Who Put the Odal Rune on ..."
"You may think that, but it's not at all how it's actually used."
MadGastronomer Who Put the Odal Rune on ..."
"Good people do bad things and bad people do good things. What is light without ..."
Stuart Jeffery Must We Speak No Ill of ..."
"Notorious RBG! I love that nickname! Someone once asked her, "When will there be enough ..."
Amanda Ingalls The 6 Celebrity Deaths That Impacted ..."
Browse Our Archives
get the latest from
John Beckett
Sign up for our newsletter
POPULAR AT PATHEOS Pagan
1