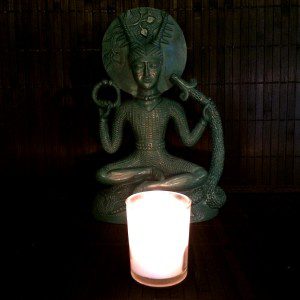 As a polytheist I acknowledge all Goddesses and Gods, I honor and work with several, and I am formally dedicated to two. Of all those deities, Cernunnos is first. He has been with me since before I knew who – and what – He is, and I pray to Him every night. His is the first in my evening cycle of prayers.

Like most of the Old Gods, He is not a jealous deity. I’ve spent much of the last three months in service to the Gods of Egypt and the Gods of Greece and I have neither heard nor felt the first complaint, not this year and not in previous years.

But last week I felt Him calling me back to a closer communion. The message was clear: “sit and listen.” And so I did.

The meditations themselves were nothing remarkable. No mystical experiences, no brilliant insights, no pouring out of divine peace or great inspiration. I just said my opening prayers and then sat and listened – one time outside gazing into the hedges, another time inside focusing on His statue.

And then, as so often happens, things started appearing out of nowhere. I found George Monbiot’s talk on rewilding. The kids’ religious education program at Denton UU presented what they learned in their summer course on evolution. Sentences and paragraphs started coming together on my morning walks, and before long Rewilding Our World was written.

That a God of the Wild is behind rewilding should come as no surprise to anyone. But I don’t think we’re quite done with this topic yet. 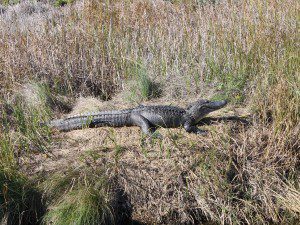 I tried to make it clear that the wild is beautiful and powerful, but it’s also very dangerous. There is more than a little naiveté in Monbiot’s suggestion that we should all “have a Serengeti on our doorsteps.”

I took the alligator picture I used in the rewilding post at the South Padre Island Birding and Nature Center when Cathy and I were there in 2011. I was no more than 50 feet away from the alligator, maybe less. While alligators are not particularly aggressive towards humans, 50 feet is still awfully close. 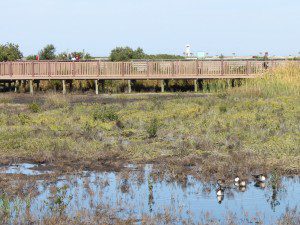 Except here’s what you didn’t see. I shot that picture from a boardwalk, safely elevated above the marsh. Unless I was stupid enough to climb over the railing, there was no way the alligator could get to me.

I had the privilege of observing an unconfined wild animal without the danger of a truly wild setting.

While I can’t find a reliable source, numerous sites claim as many as 2500 people are killed each year by crocodiles, alligators’ more aggressive cousins. Some victims are on the north coast of Australia, but most are in poor areas of Africa and Asia where people draw drinking water from the same shallow waters crocodiles prefer as hunting grounds.

This is the reality of the wild. It has a considerably less romantic meaning in such places.

We are the product of 10,000 years of civilization, 10,000 years of keeping the wild at bay. And yet like the dog who hears the howl of the wolf, we hear the Wild Gods call to us. Why?

The point – I think, I feel, I believe – is to remember that the wild is always with us. The storm, the flood, the earthquake, the drought, the epidemic – these things happen constantly, and occasionally they happen to us. When they overwhelm our safety measures – when the storm surge overflows the levee, when the hail smashes our roofs, when a plague for which there is no treatment begins to spread – what will we do? What can we do?

The Western impulse is to build bigger better more: higher levees, stronger roofs, more potent vaccines. Do a better job of insulating ourselves from the wild. Do a better job of “risk management.” These can be good things, and if we’re going to continue to live in places like New Orleans, Miami, and most of California, they’re necessary things.

But I don’t hear the Wild Gods telling us to improve our infrastructure. I hear Them laughing at our hubris, at the idea that humans can ever truly control Nature, that we can keep the wild at bay forever.

And then I hear Them whispering the same thing they whisper to the trees and the elk and the crows and every other creature. Grow strong. Grow wise. Grow resilient. Live and love. Take care of yourselves and take care of each other.

The wild isn’t coming, it’s already here. It never left – some of us just had the privilege of not thinking about it for a while. Climate change, peak oil, an economic recovery that isn’t, the general decline of the West… changes that are fast in evolutionary terms but slow enough many of us can’t – or won’t – recognize them.

This is the reality of rewilding. 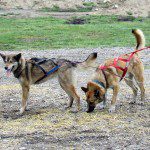 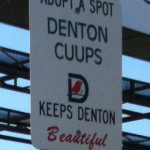 August 14, 2014 Nine Things I Think
Recent Comments
0 | Leave a Comment
"could be a side effect of the linking sigil project."
Nyx What Happens When You Leave A ..."
"Okay, the Romans conquered the known world but were scared silly of the dead (as ..."
Kyllein MacKellerann " Must We Speak No Ill of ..."
"Long-time lurker here... and I'd like to thank you, John, for discussing this subject. I've ..."
Owl in the Willow Setting Expectations for Spiritual Experiences
"Like with the eradication of a disease, I was quite happy with RL's death. Because ..."
JenniWest Rush Limbaugh is Dead and My ..."
Browse Our Archives
get the latest from
John Beckett
Sign up for our newsletter
POPULAR AT PATHEOS Pagan
1

Witchcraft For The February Full Moon And The...
I'm clearing and cleansing for the hungry month and for the full...

Welcome to the Time of the Ascending Star
Sometimes we look for signs and sometimes they look for us. Oftentimes...
view all Pagan blogs
What Are Your Thoughts?leave a comment
Copyright 2008-2020, Patheos. All rights reserved.