The Reality of the Gods

Last week I had an e-mail with a question that was both very simple and incredibly complex: “Are the Gods real? I want to believe!”

How can I answer that question with integrity?

In fine Socratic tradition, I answered it with another question: “what is real?”

In Plato’s Allegory of the Cave, we are asked to contemplate prisoners who have been chained to the wall of a cave for their entire lives. They cannot see the entrance – they can only see the shadows cast on the back wall of the cave when objects pass between it and the light. Are the shadows real? Certainly – but there is a greater reality behind the shadows that the prisoners cannot see.

In her excellent book on animism The Wakeful World, Emma Restall Orr says:

The way we see the world is not actually the world in itself. What we see is our idea of it. No mind can perceive nature’s actuality. What is perceived is nature’s raw data processed through the filters of perception established by beliefs based on limitations and experience.

The point of this discourse is not that two very brief philosophical concepts somehow provide an inarguable definition of reality. The point is that our commonly-used, materialist-influenced, Potter Stewart “I know it when I see it” definition of reality is grossly inadequate when dealing with matters of ultimate importance… and the reality of the Gods is clearly one of those matters.

Some of you have no doubt jumped on the second sentence from the questioner. You’re insisting “Paganism isn’t about belief, it’s about practice and experience!” This is very true, but our practices are driven by what we believe they will accomplish, and our experiences are interpreted in the context of what we believe is possible. Our mainstream society tells us if we can’t touch it and we can’t measure it, then it’s not real. The dominant religion tells us there is only one God and we can only know Him through officially approved methods. If we never challenge the beliefs we are taught about the Gods and about reality then Zeus Himself could drop a thunderbolt at our feet and all we’d do is yawn and say “hmmm… I think it may rain.”

People will only see what their beliefs tell them is possible.

What is real? What greater reality is behind the shadows on the wall of your cave?

Once you’ve done the philosophical prep work – or perhaps, as you’re doing it – it’s time to seek an experience of the Gods. While They’re certainly capable of dropping in on you any time, remember that They’re not omniscient or omnipresent. They have plenty to do, so unless They need something only you can provide, They’re not likely to spend much time on you until They’re sure you’re going to listen.

Learn how to listen for Them.

Read Their stories. Start with the old ones, but don’t ignore the new ones. Learn how They were worshipped in ancient times – put some effort into scholarship, or at least support those who do. Talk to Their followers – see how other people are honoring and communing with Them.

Pray – speak to the Gods and call Their names. Meditate – contemplate Them and listen for Their presence. Sacrifice – make offerings of hospitality and offerings of thanksgiving.

In the end, whether They show up or not is up to Them. They are not servants to be commanded or forces to be directed. They are not phenomena to be mapped, tracked, and predicted. They are beings with their own personalities, areas of interest and responsibilities, sovereignty and agency.

Sometimes the experience of a God can be overwhelming and leave no room for doubts. I’ve had two of those experiences in my life. More frequently, the experience is subtle: a feeling of a great presence, a thought you had no reason to think, a cloudy matter that suddenly becomes crystal clear, an omen in Nature.

You will have doubts. You’ve spent your entire life in a culture that has relegated the Gods to characters in quaint tales told by people presumed to be so primitive they didn’t know any better – how could you not have doubts? The dominant religion has said doubt is a sin, because they don’t want you asking difficult questions.

This is the reality of the Gods. It is a reality not known by pure logic or by blind faith, but by first-hand experience of Their presence and Their power. 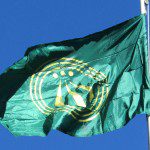