The Anomalous Thracian has a new blog post that uses an event from his life to illustrate two important principles:  differences matter and trying isn’t enough.  In doing so, he inspired this essay on the necessity of cultural context.

The story centers around a camp director who asked him to sharpen stakes with a special-purpose knife instead of an axe.  The exchange is well worth your time to read – here’s a brief excerpt:

No … The edge is a razor for making effortless work of thick living tissue, muscle, sinew. The handle is not designed for high-impact implementation. It is an elegant knife for graceful, dignified DEATH, not chopping. That’s like trying to serve soup with a sugar spoon. Different tools for different jobs.

Our mainstream culture emphasizes trying.  “Just try” and “try your best” are mantras we repeat over and over again.  This makes sense with children who constantly have to confront the fear of the unknown.  With adults, though, trying is useless if it isn’t accompanied by the necessary knowledge, skill, and ability to actually do the thing in question.  I can try to read an Old Irish manuscript all day long and it’s not going to happen – I don’t have the skills.  I could learn the skills, but that’s a very different thing from “just try.”  Or from “really really wanting.”  The Thracian says:

Our society has created a culture in which there is no distinction made between “really really really wanting to do something” and actually knowing enough to give it a real try. It has failed to adequately reinforce the fact that knowledge, training, guidance, are all good things.

I don’t think much about cultural appropriation in my own practice.  I have three rules:

People have been borrowing and blending spiritual practices ever since the first tribe visited another tribe down the river and saw them doing stuff that looked useful.  But adapting someone else’s spiritual technology to your culture is one thing – claiming membership in an unfamiliar culture or lifting cultural elements out of their context is something very different.

Our mainstream society has the idea that you can be anything you want, if you just want it badly enough.  As with “just try” this is a good thing to teach children.  We want to encourage them to pursue their dreams, and we want to prepare them for that fact that achieving those dreams requires hard work.  But as adults, we realize that just wanting and just trying isn’t enough – particularly when we aren’t willing to back up that wanting with doing what must be done.

Almost all tribal cultures are centered on the family and the community, not on the individual.  The idea of solitary practitioners is unthinkable.  Some will adopt outsiders, if they engage the culture honestly, respectfully, and genuinely.  Others won’t – as the Thracian said in a private conversation “not all cultures are looking to adopt strays.” That’s their decision to make – how badly an outsider really really wants it is irrelevant.

Several years ago I went to a public Pagan event that included a “New Orleans Voodoo” ritual.  Now, I don’t know much about Voodoo, but I quickly figured out the people running this event knew even less.  The ritual was a mixture of generic Wicca and Hollywood Voodoo.  It avoided racial stereotypes and parody (thankfully!) but beyond that it was as clumsy and flat as any ritual disaster I’ve ever attended.

Our Protestant-dominated culture sees religion as a matter of belief and it tells us we can be any religion we choose.  It sets the expectations that all religions are looking for converts – we expect that when we walk in a church, we can join any time we like.

So when we encounter a religion that’s based on radically different assumptions, we’re often confused.  For most people throughout most of the world throughout most of history, religion hasn’t been about what you believe, it’s been about what you do, who you are, and perhaps most importantly, whose you are.  Where do you belong?  What are you a part of?  “Joining” a religion like this involves far more than worshipping the right Gods or affirming the right doctrinal proposition.

Some religions and spiritualties are a matter of identity.  Identity can’t be changed by wanting or trying – it can only be changed by living.  And for too many religions and cultures, part of that living has included oppression by conquerors and colonizers.

I occasionally come across white Pagans who really really really want to practice “Native American spirituality” – as though the Iroquois, Cherokee, and Comanche peoples all have the same beliefs and practices.  But that’s not something you can learn from reading a book or going to a public ceremony.  You have to live it, or you end up like the camp director insisting someone sharpen stakes with a field dressing knife.

Of course, there are few opportunities for white people to live, say, the Comanche culture, even as it’s practiced today, much less as it was practiced in the pre-Columbus era.  Ask and you’ll likely be met with skepticism if not outright hostility – a very understandable response when you consider the long and deceitful history of white people’s relations with Native Americans.  And so instead of moving on to something else, some white folks say “I really really want to be part of this culture, and so even though I don’t know enough about it to know what all this stuff means, I’m going to take it and use it completely out of context.”  And they fail miserably.

Not only is cultural appropriation inauthentic, it’s an insult to the people whose culture is being butchered and whose identity is being demeaned.

The Caddo people lived in North Texas for at least a thousand years before the arrival of Europeans.  I would love to know how they understood and related to the spirits of this place.  I suspect they know things about this place I can’t even imagine.  But I’m not Caddo, and no matter how much I might really want it, I’ll never be Caddo.  I can’t use the Caddo culture – it’s not mine and I don’t know how to use it.  I have to build my own relationships to the spirits of this place using the Druidry that is mine. 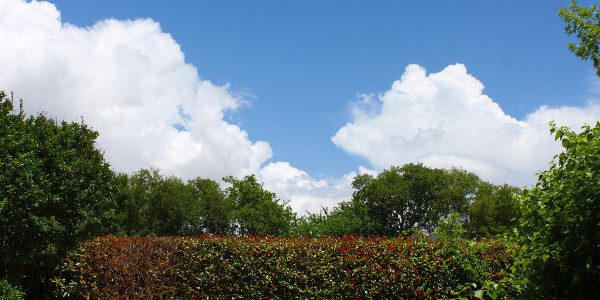 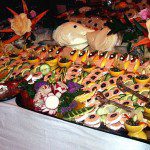 July 7, 2015
Spiritual Buffets and the Value of Traditions
Next Post 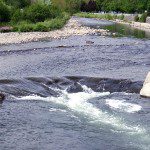