The conversation on Pagans, polytheists, and the New Right is continuing. Rhyd Wildermuth, who wrote the Confronting the New Right article that I supported in principle but objected to in execution, has a new piece up here on Patheos where he attempts to clarify his intentions and address some of the criticism leveled against it.

The tone of this new essay is far more reasonable than many of the critiques and much of the mud that’s been slung from both sides. I still have some issues with it, but I’ve already addressed those issues in Saturday’s post and restating my objections would just pour gasoline on the fire.

Instead, I want to respond to some of the questions Rhyd asks in his new piece. Now, I imagine some will find Rhyd’s questions (or at least the way he framed them) offensive. But rather than taking offense, I’d prefer to answer them, and in doing so explain why they’re the wrong questions. Others may have different answers – these are mine.

How do we differentiate our own practices and beliefs from someone whose identical practices and beliefs actually lead them to advocate for racial purity or separatism, the primacy of European gods, eugenics to prevent the birth of disabled people, and even human sacrifice? What is really the difference between the Fascism of Augustus Sol Invictus, or New Right ideology of Stephen McNallen and Alain de Benoist, and the rest of polytheist belief?

Imagine, if you will, two Heathen gatherings going on at the same time. Both are celebrating a communal feast. Both are telling tales of Northmen and their mighty exploits. Both are pouring offerings to their Gods and ancestors. Both are strengthening the bonds of kinship among all present.

At each of these gatherings, a curious but polite young person of African descent (or Asian, or Hispanic – pick your non-Germanic ancestry) wanders in. At one gathering, they’re welcomed, offered food and drink, asked if they have any questions, and invited to participate. At the other, they’re told “this really isn’t for you. Why don’t you go find the Gods of your own people?”

Does anyone who’s paid any attention to the controversies in Heathenry have any trouble believing both of these scenarios could (and do) happen?

If there is no difference in their Heathen beliefs and practices, then Heathenry is obviously not the source of their racism. The source lies elsewhere and has been brought into Heathenry.

Now, if enough racists make their way into Heathenry (or any other tradition), then racism will be associated with Heathenry no matter what its source… which is why many Heathens are actively working to get and keep it out their tradition. 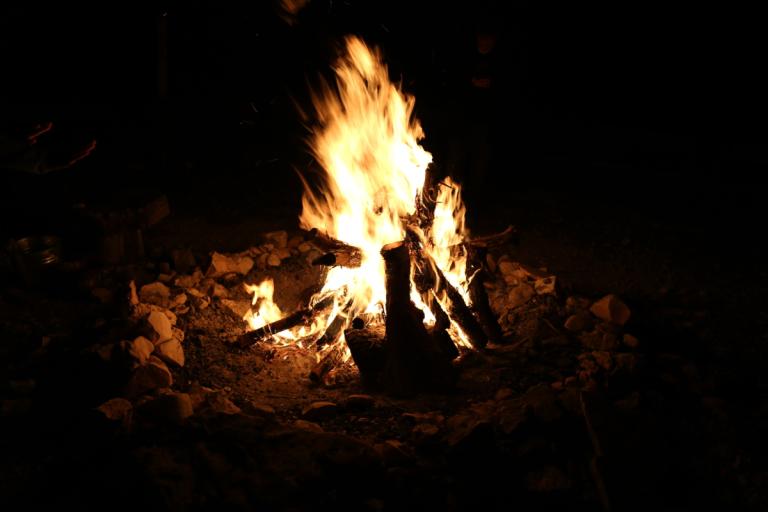 All the right-wing ills that Rhyd warns against can be found in Christianity (Westboro Baptist Church, anyone? Ted Cruz, perhaps?), in Judaism, in Islam, in atheism, and even in Buddhism. These are problems that polytheists need to be aware of and need to deal with proactively, but they are not problems with polytheism.

So to ask how we differentiate our own practices and beliefs from someone whose identical practices and beliefs lead them to politics we justifiably don’t like is the wrong question. It takes the genuine desire to not be associated with people doing offensive and dangerous things to an irrational and unhelpful level. While self-awareness is good and necessary, if we get tied up in self-criticism we will never practice our own traditions as deeply as we could and we will not be as likely to spot racist and fascist and other harmful ideas when someone brings them into our groups.

The roots of fascism do not lie in polytheism or in ancient traditions. The roots of fascism lie deep in the human heart: in xenophobia, in scarcity and the fear of scarcity, in scapegoating, and in the desire to control others. The evidence says that polytheism is just as susceptible to these social ills as every other religious approach and tradition – and no more.

My Gods don’t want me to war against anyone, except those who war against me and mine (I serve a certain Battle Goddess – She’s not known for pacifism). My Gods demand competent leadership and don’t really care what form it takes. If They prefer one human political philosophy over all others, They haven’t said anything to me about it, not directly and not in any of the lore I’ve come across.

Tribal societies are an interesting matter, though. As the American empire and Western society decline, counting on faceless collectives (whether corporations or governments) to meet your needs becomes less and less viable. If you want to survive (comfortably, anyway), you’re going to need people who have your back. People who know you, who trust you, who will sacrifice for you, and who know you’ll sacrifice for them.

That’s a tribe. Or a family, or a community – pick your model of choice. Now, there’s no reason why different tribes have to be in conflict – if we have good sense, we’ll stay on good terms, avoid giving offense and needless challenges, and work together where we have common interests. If you can make your tribe bigger and more inclusive, great. But there is no substitute for a tribe where everyone knows each other and understands at an intimate level that everyone’s fate is bound together.

I don’t think the Gods are dictating tribalism. But I’m far from the only one who keeps hearing a strong voice saying “there’s a storm coming – gather your tribe.”

In my post on Saturday, I accused Rhyd and the Gods & Radicals staff of putting their politics before their Gods. I’ve been shown how that statement misinterprets how some of their politics flows from devotion to the Gods, and I regret being overly general in my statement. However, in addressing this, today Rhyd said:

I respect that view, but I don’t share it. When I wrote This Is My Polytheism, I said “My ethics and my politics flow from my polytheism, but they are subordinate to it.” I also said “my polytheism requires that I work and worship with those who share my commitment to the Gods and Their virtues and values, even if their political approach is vastly different from mine.”

Contemporary polytheism is in the process of differentiation. Different groups from different traditions with different priorities are finding that while we have much in common, we are unable to worship and work together at the most sacred levels because our priorities are different, even if we share a religious regard for many real Gods.

When a contributor to Gods & Radicals says “To support not only your gods, but the existence of all gods, you have to be against capitalism” it is crystal clear that while I respect and admire many of the G&R folks and while I’m sympathetic to many of their goals, their polytheism is not my polytheism. And that’s OK. We don’t have to agree on everything, and we shouldn’t pretend to agree when we don’t.

I hope this will be the last I write on this particular incident. I have an introspective post for tomorrow, then on Thursday I have a possibly-contentious post on the environment in which polytheism is trying to grow. After that, I intend to get back into the nuts and bolts of polytheism as I understand it and as I practice it. 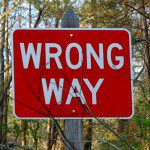 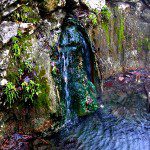 March 29, 2016 Losing My Religion, Twice
Recent Comments
0 | Leave a Comment
"Yes!!! So glad I am not the only one that thinks this!! LOVED this show, ..."
Erin McGuire Wednesday
"Thank you for this. I did not know about "Wednesday" and reactivated my Netflix account ..."
OrderInTheQuartz Wednesday
"Glad to hear a review from you. I keep hearing nonsense from people who just ..."
MadGastronomer Wednesday
"Yes, the "who is considered a Witch" question can lead to some real heated debates. ..."
Amanda Ingalls Who is Really a Witch?
Browse Our Archives
Related posts from John Beckett