I’ve long respected the work of Gordon White and his Rune Soup blog, but these days it seems like I’m turning into a full-fledged fanboy. So be it. I came for the chaos magic and I stayed for his brilliant analysis of how magic is interwoven through human society at all levels. I loved his book Star.Ships, I’ve got his next book The Chaos Protocols on order, and I’ve been listening to his Rune Soup podcast every week.

Episode 15 from two weeks ago is particularly good. It’s a conversation with Dr. Jeffrey Kripal, Professor of Philosophy and Religious Thought at Rice University in Houston. The podcast starts off rather slow – I was decidedly unimpressed for the first 7 or 8 minutes. But then it really took off. If you listen to it (and I highly recommend it) don’t give up on it too soon.

One of the key points continued Gordon’s dissatisfaction with the academic world and their non-theistic assumptions. How can you effectively study something you don’t believe is real? The answer is “not well.” They discuss academics who toe the company line and present their work in strictly atheist terms, but then privately discuss the mystical experiences they had but are afraid to talk about for fear of killing their careers.

That’s interesting, but what I want to talk about here is Dr. Kripal’s proposal that “you have no business being a scholar of religion until you’ve lost at least two worlds.” His point is that if you lose one religion, you assume you can just find another one. But once you’ve lost a second world, you realize that your quest is deeper than finding the “right” religion.

Or as I see it, someone who’s still in the religion of their childhood will have too many unexamined assumptions to honestly deal with different religions, and someone who’s on their second religion is likely to have the zeal of a convert and also won’t be able to deal honestly with different religions. It’s only after you’ve lost your religion twice, after you’ve lost two worlds, that you’re humble enough to realize the limitations of any religion (i.e. – there is no certainty) but still inspired to find what truth and meaning you can.

Kripal and White did not go into “losing two worlds” in depth. It strikes me as overly general – I know several people who are on their first or second religion who are very good religious scholars or scholarly religious practitioners.

But it’s true in my case.

Contrary to the impression you might get from reading my personal stories, my first religion was not fundamentalist Christianity. My first religion was “Jesus loves me this I know.” It was Moses parting the Red Sea and receiving the Ten Commandments. It was Linus’s monologue from the Gospel of Luke in A Charlie Brown Christmas. It was Jesus dying an unjust death at the hands of Pilate and rising again on Easter Sunday. It was funerals where tearful relatives consoled themselves with “he’s gone home to be with the Lord.”

If I had been able to hold on to that religion, I might still be a Christian. Now, every time I say that a Pagan friend puts her thumbs on the sides of her head and spreads her fingers upward, like antlers. Yes, I have a relationship with a certain Antlered God that goes back to this same point in my life. Was my Paganism and polytheism inevitable? We’ll never know.

Although I was in a fundamentalist church, the children were largely shielded from the hellfire sermons. But I paid attention, and I was still very young when I realized that Jesus might love me, but His father didn’t love the vast majority of the people in the world, who – according to what I was taught – were headed for hell for following the wrong religion.

I could not – and still cannot – reconcile an all-powerful loving God with any sentient creature being condemned to eternal torment. And so my first religion, my first world, was lost. 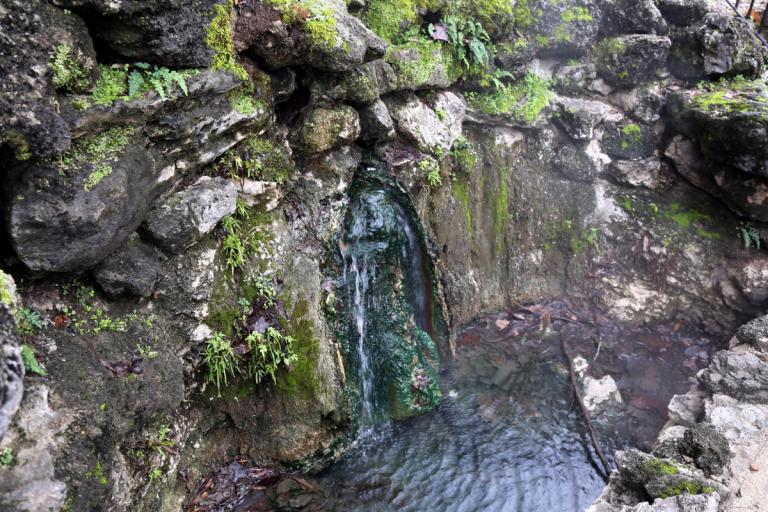 While I never became an atheist, my second world was rationality.

I professed belief in a deistic God, but I looked for meaning and truth with logic, not with scripture and doctrine. I tried to follow the teachings of Jesus, which are a pretty good way for anyone to live. When I became an adult I left the Baptist church and tried to find a home in mainline Protestantism.

But my rational religion was a powerless religion, and it was unable to remove the tentacles of fundamentalism from my mind and soul. And so I lost my second world.

It took me a long time to get from that loss to the point where I committed myself to dedicated Pagan study and practice. I’ve told that story before and there’s no need to repeat it here.

So what does all this mean?

Losing my first religion meant losing my innocence. I learned the world isn’t a nice, safe, loving place. I learned that authority figures don’t always know what they’re talking about, and some authority figures abuse their authority. But in any context, losing your innocence is a necessary part of growing up. I see Pagans who innocently (or perhaps, naïvely) worship Nature, forgetting that Nature is beautiful but Nature is also terrible. My love for Nature is grounded in reality and awareness.

Losing my second religion meant, as Dr. Kripal explained in the podcast, I realized I couldn’t just find the “right” religion and everything would be OK. I had to work on myself – I spent a year reading, studying, and meditating with the strongest dedication of my life. I not only learned there is no such thing as religious certainty, I accepted it. Here’s an entry from my private journal from the very early days of my Pagan journey:

In the end, you have to have the courage to move forward as though your beliefs are absolutely true, even if you can’t be absolutely sure they are.

I’ve long fantasized about growing up Pagan and getting started on this path much earlier in life. I’ve handled the useless regret by saying “I had to go through what I went through to become who and what I am.” Now I see just how true that statement is.

In order to become who I truly am, I had to lose my religion – twice. 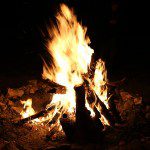 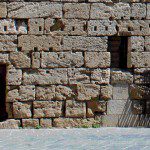 March 31, 2016 Punishing Women For Abortions
Recent Comments
0 | Leave a Comment
Browse Our Archives
get the latest from
John Beckett
Sign up for our newsletter
POPULAR AT PATHEOS Pagan
1