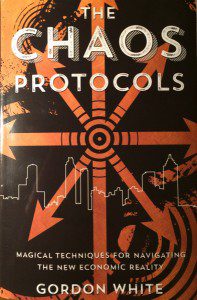 The Chaos Protocols
by Gordon White
published by Llewellyn, March 2016

The subtitle is “Magical Techniques for Navigating the New Economic Reality.” Or as I would put it, how to be a competent and effective wizard at the beginning of the Long Descent. Unlike their medieval counterparts, contemporary wizards don’t have to worry about being burned at the stake (as long as they stay out of places controlled by Daesh, or Saudi Arabia). Wizards, Witches, and magicians of all flavors do have to worry about how to support themselves while practicing their art, how to keep from being crushed with debt, and how to, in Gordon’s words “use transgressive magic to break the system of economic harvesting” that the financially elite do at the expense of everyone else.

The strategies recommended in The Chaos Protocols are sound. I can tell you this with certainty because I’ve used them. I’m a generation older than Gordon and I grew up on the other side of the world, but through a combination of logic and intuition (and perhaps, listening to the same spirits) I came to understand that being successful means being and doing what you want, not having what you’ve been told you’re supposed to want. I realized I had to see the world as it is, whether I like it or not, and whether or not it matches my preferred religious, political, and economic models. I realized I needed to keep my options open as long as possible, I needed to avoid debt, and I had to move across the country (three times) to find the opportunities I needed.

What I haven’t done are many of the magical practices that support this strategy. I’ve picked up some new techniques from The Chaos Protocols and I’ve already started using some of them. We’ll see how they go. I may or may not write about them in the future, depending on how they work and how strongly I feel the need to keep silence.

The Chaos Protocols begins with a quote from psychonaut Terence McKenna: “The problem is not to find the answer, it’s to face the answer.” You don’t have to like the problems you find yourself in – I certainly don’t – but you do have to face them… and you have to face the facts that the solution will require doing things that are new, different, hard, and scary. The first chapter describes the current economic realities of the West. I don’t agree with all of Gordon’s analysis, but I agree with most of it, and we differ mainly on interpretation and projections, not on the facts themselves.

The second chapter explains how we live in a probabilistic universe and what that means for our magical practices and our strategies in life.

Make peace with the cognitive reality that you both probably do not really know what you want and definitely do not know the correct way to achieve it from the outset, so re-examine your options at each step and be open to the hitherto-unanticipated route.

I’ve done this throughout my life, but it took me 40 years to make peace with it. I felt like not knowing what I really really wanted was some kind of personal failure, and that failure kept me from getting an early start on true success. That was an unrealistic expectation. If I had understood this at 20, I still would have had to do the same things, but I would have felt much better about myself and been a lot happier while I was doing them.

Chapter Three is where I’ve made significant process over the past 15 years but still have a ways to go: “Becoming Invincible.” Sound pretentious or even impossible? How about just really important. Gordon says “Becoming invincible is the process of immunising yourself against the monoculture.” He recommends two alternatives: entheogens or sorcery.

In several places Gordon emphasized he’s promoting magic, not religion. Which is fine – most Pagans like both but don’t care if they come together or separately. But his recommendations on making offerings to ancestors and spirits would be at home in any guide to polytheism.

The chapter on sigil magic is a refinement of the Rune Soup blog post Sigils Reboot: How To Get Big Magic From Little Squiggles. It’s been downloaded almost a quarter million times since it went up four years ago – I’ve probably referred a couple hundred people there. It includes recommendations for shoaling (using multiple approaches at once), robofish (sigil magic for something that’s certain to happen, to improve the odds that the rest of the magic will work too), and the use of divination to avoid pitfalls. If you just want to learn sigil magic, you don’t need the book – but the book helps you understand what else to do besides sigil magic, and what to work sigil magic for. Just buy the book.

The chapter on sigils begins with a quote from Peter J. Carroll that all magicians (including me) would do well to remember: “magic works in practice but not in theory.” Put down the scalpel and enjoy the golden eggs… and don’t forget to feed the goose.

The final section of the book is practical advice on education, jobs, career, investments, and major purchases. I’ve done most of the things Gordon suggests and I highly recommend them. The things I haven’t done I’m going to start doing – you’re never too old to learn.

Who should read The Chaos Protocols? The practical strategies and the chaos magic will benefit anyone at any level of any magical / religious practice. The more sorcerous rituals, though, are set in the context of classical occultism – this requires polytheists (or non-theists, for that matter) to either work in a parallel worldview (easy to do but hard to maintain) or to translate the workings into your system (which is not recommended for beginners). The book will be of greatest value to intermediate and advanced practitioners who already have a good foundation in Paganism or polytheism and a bit of magical experience.

But as Gordon says:

As a teenager, I leapt with youthful confidence over all Aleister Crowley’s boring, dreary, chapters on yoga and went straight to the bits about drugs, sex, and demons. It would be churlish to deny you the same misadventure (which it most certainly is).

Herd bias is an unbecoming trait in a magician. One does not meet the devil at the crossroads to build a life that looks like everyone else’s.

A defining characteristic of the most prominent magicians of fiction and reality is that they meddle. Dee, Crowley, Merlin, Gandalf, Morgan Le Fay, Bruno. Whatever the weather, they went out to remake the universe in a way that suited them better. We must do the same. Whatever the macroeconomic conditions, the magician must always heed the advice of Firefly’s Captain Mal Reynolds: aim to misbehave. 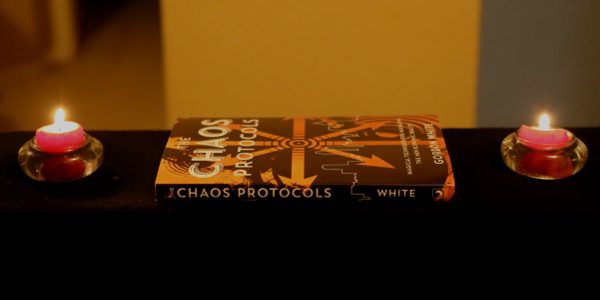 I don’t review books differently based on how I get them, but for those of you who care about such things, I bought my copy of The Chaos Protocols. As always, my obligation in a review is to the readers, not the writer. If I couldn’t honestly give it a good review, I’d say so. 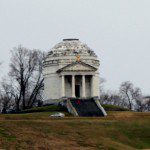 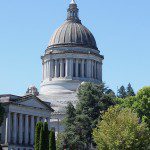 April 12, 2016 The Intersection of Religion and Politics
Recent Comments
0 | Leave a Comment
"Maybe with the right theme music, we could be "The Spirituality With No Name.""
Pitch313 Why I Still Call Myself Pagan
"As problematic as Disney can sometimes be, Frozen 2 had a saying that I just ..."
Zzyzx Tell Me What To Do
"Not that you asked ME, Dan--LOL--but, fwiw, the word "worship" sticks in my craw, and ..."
Laurie The Gods And Nature
"IMHO: Pagan/Paganism/Paganry has become like "Christianity"— not the fear-based religion of control, but a sort ..."
Kyllein MacKellerann Why I Still Call Myself Pagan
Browse Our Archives
Related posts from John Beckett