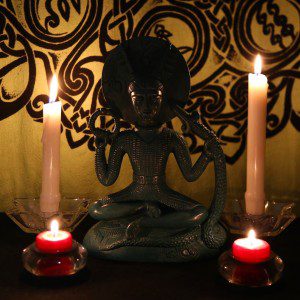 I occasionally wonder why a primal Forest God called a control-freak engineer to be His priest – it would seem to be a mismatch. I have a few ideas, but He’s been pretty much silent about it. I think that’s because no matter how interesting the speculation may be, it’s not as important as doing the work in front of me.

Recently that work has included multiple calls to return to the forest, literally as well as metaphorically. We are in an era where we need magic, and there is magic in wild places. But this call has included more than spending more time outdoors, important though that may be. It’s also included a call to embrace wildness and to incorporate that wildness into my Paganism.

What exactly does that mean?

There is a certain irony in trying to intellectually figure out what it means to be wild. But this is where we are. We live in a world where the wild has been banished and is kept safely away with grocery stores, central heating and air conditioning, and iPhones. Like the earliest humans who gathered around a fire to ward off both the cold and carnivorous animals, we understand that the wild can harm us and we seek to avoid it.

Even our language avoids the wild. Look it up in the dictionary – most of the definitions are based on what it isn’t, not on what it is: “uncontrolled” “unrestrained” “uncultivated” “not civilized.”

No one who knows me in person would ever describe me as “uncontrolled.” I prefer to think of it as responding in a way that advances my long-term goals rather than pandering to my short-term urges, but however you choose to describe it, this approach has served me well. Civilization and technology have been good for humans. We live longer, healthier, and easier lives than ever before. I like grocery stores, air conditioning, and iPhones, and I have no desire to return to some romanticized hunter-gatherer lifestyle.

But as with every change and every choice we make, civilization and technology haven’t been entirely beneficial. They brought us more secure lives, but they also disconnected us from our Source. Modern Paganism is in part a response to the disconnection from Nature that occurred when people went from living on the land to living in cities. It connects us to the seasons and cycles of Nature, to the spirits of the elements and of place, and to our ancestors and their beliefs and practices. It brings simple, sensuous joy to a regimented world. 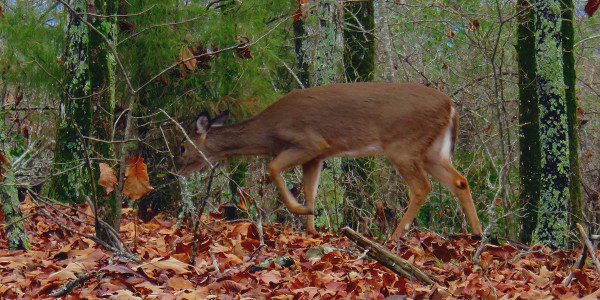 Our Paganism has only been partially successful. It has been hampered by the desire for mainstream acceptance and by the fact that we live in a society dominated both by Christianity and by materialism. That partial success is OK. Not every Pagan is called to be the archetypal witch living in a cottage in the middle of the forest, just as not everyone is called to be a priest of one of the many Gods. Large-scale religious and cultural changes take longer than any single lifetime, and partial success is still success.

But some of us are called to be more. Some of us have prayed “teach us again to be wild and free” and we’re starting to see the results of those prayers.

Sometime in the coming months, I have to make a pilgrimage into the forest. Last month I asked my Facebook friends “where can I go hiking and get lost?” They came back with a bunch of suggestions. All of them were good, some were usable for this project, and one stood out above all the others. That’s where I’m going. I don’t actually plan on getting lost. That wasn’t part of the assignment and in any case I still have some orienteering skills. But the possibility of getting lost needs to be there.

Because the wild isn’t safe. You can get lost. You can trip and break an ankle. You can get stung by insects, bitten by snakes, or attacked by animals that are stronger and faster (and hungrier) than you. Yet as almost anyone who has spent time in the wild will tell you, the benefits far outweigh the risk.

There is something waiting for me in those woods, something I have to bring back. I have no idea what it is, whether it’s physical or spiritual or emotional. I’ll tell you all about it when I get back… unless I can’t, in which case I won’t. 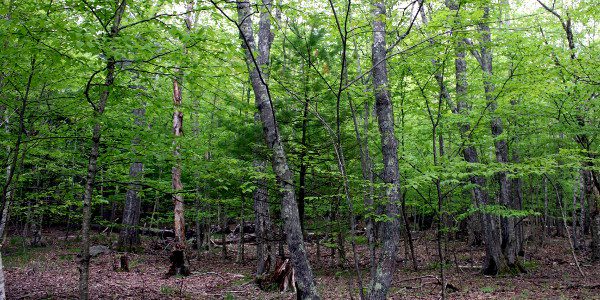 Our mainstream society is very controlling, and it demands conformity. Those demands are about to get stronger and more insistent. But the wild is uncontrolled. The wild is instinctual, drawing on the evolutionary wisdom of thousands of generations of humans and millions of generations of our ancestors most ancient. The wild is random, trying new things in an unpredictable manner. Things that are unpredictable are hard to plan against and thus hard to stop. Many of them will fail. Others will succeed and lay the groundwork for future generations of wild Pagans.

There is magic to be learned, practiced, and used. Some of us need to study with our elders and learn the wisdom of our ancestors. Others need to play with wild magic, let necessity set the curriculum, and listen carefully to the instruction of our strongest Allies. See what works and what doesn’t, make adjustments, and try again.

There are alliances to be explored, negotiated, and fulfilled. Some of us need to find a local group or form a local group. Some need to build networks among magicians, priests, and scholars. And others need to journey into unknown territory, seek out the Gods and spirits who live there, and figure out where we have common cause and can work together for our mutual benefit.

There are few if any instructions for this work. The territory is wild and wildness is dangerous – we may get hurt. 2016 showed us we’re going to get hurt anyway – we might as well put that pain toward something we want, rather than what we’re told we’re supposed to want. It’s going to be dirty and messy and at times, chaotic. I don’t handle chaos well.

From that familiar position not quite in my head, I hear laughter. “Order has taken you as far as it can. If you want to go further, it’s time to run with Me.”

I have no desire to abandon civilization. We need to restore a bit of wildness to our lives, not become feral humans. As a local friend likes to say, the idea is to drink from the well, not to fall into the well.

And so into the woods I go, both physically and spiritually. 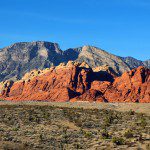 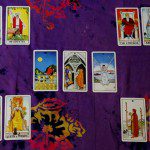 January 8, 2017 How I Learned To Read Tarot
Recent Comments
0 | Leave a Comment
Browse Our Archives
get the latest from
John Beckett
Sign up for our newsletter
POPULAR AT PATHEOS Pagan
1