Last week, Gwion Raven at The Witches Next Door blog had a brilliant post titled Five Indispensable Non-Pagan Books For Pagans. The post is exactly what it says it is: five books that Pagans need to read even though they’re not Pagan books.

There are more intermediate and advanced books on Paganism than there used to be (including one by a certain Druid blogger coming on May 8), but there still aren’t a lot. Much of what a beyond-beginner needs to read isn’t found in the Pagan section of the bookstore.

These are five books that have been helpful to me as a Pagan even though they aren’t Pagan books. 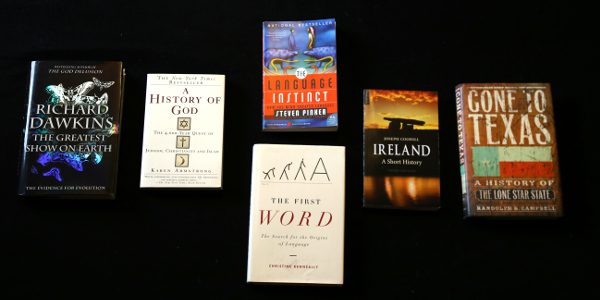 The Greatest Show on Earth by Richard Dawkins. If you want to understand the interconnectedness of life, you must understand evolution, the process by which life grew from the simplest single-cell organisms to the diverse assortment of complex life we have today.

I know, I know – you’re a good educated liberal. You already “believe in” evolution. But as Pagans, we need more than to accept the reality of evolution – we need to understand now it works. We need to understand how random mutations are usually bad but occasionally helpful, and how sometimes one mutation is irrelevant until a second mutation occurs and then the first one becomes tremendously important. We need an understanding of deep time. An understanding of the randomness and interconnectedness of evolutionary processes forms a good foundation for understanding the workings of magic.

Richard Dawkins is a lousy philosopher and a worse theologian, but he’s an excellent biologist and an engaging writer, and he doesn’t overwhelm the reader with jargon. If you read nothing else on this list, read The Greatest Show on Earth.

A History of God by Karen Armstrong. Like it or not, we live in a society dominated by monotheism. And so it helps to know a thing or two about the three major monotheistic religions and their origins. Not so you can argue with proselytizing Christians, but so you’ll be impervious to their sales pitches based on historicized myths.

A History of God is partially the story of how Yahweh went from an obscure tribal God to being considered the One True God. Mainly, though, it’s the story of the origins of Judaism, Christianity, and Islam. It’s all the things you were never taught in Sunday School but need to know anyway.

The Language Instinct by Steven Pinker and The First Word by Christine Kenneally. If there is one thing that sets humans apart from other animals, it is our capacity for language. Other species communicate with each other, but none with the depth, breadth, and nuance that human language permits.

Our ideas about religion and magic are expressed with language and are intertwined with language, yet it is likely that religious behavior predates language. Language and the symbolic thinking it facilitates has had a tremendous impact on human religions – that’s something we need to understand.

Ireland: A Short History by Joseph Coohill. So much of modern Paganism has roots in Ireland and draws on Irish lore. But how many of us who don’t live in Ireland actually know anything of Irish history? From formal education, my own reading, and the mainstream culture, I picked up quite a bit of English history over the years. Irish history? Pretty much nothing. I assumed the English domination of Ireland started with Henry VIII – turns out it started with the Normans in 1169. I knew about the 1916 Easter Uprising and the establishment of the Irish Free State in 1922, but nothing of the decades of work that preceded them.

Irish culture in the New World is its own thing, and the Gods are not tied to the land. You do not have to be Irish to worship Brighid, Lugh, and the Morrigan. But if you want to understand Them and Their stories, learn the history of Ireland.

I picked this book based on the Amazon reviews and found it helpful. My Irish friends may have other recommendations, particularly for those who want to explore the history of Ireland in more depth.

Gone to Texas: A History of the Lone Star State by Randolph B. Campbell. This book is a placeholder – I don’t expect Pagans in New York or New Zealand to study Texas history… although if you think Texas is America’s version of Saudi Arabia perhaps you should.

Find a history of your area and read it. Who are the local ancestors? Why did they come here? What did they start that continues today? What great deeds deserve your honor? What foul deeds require your work to repair and remedy? The same people often fall into both categories – black or white judgements are rarely accurate, or helpful. 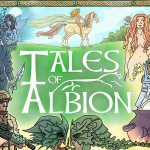 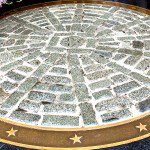 February 9, 2017 Cursing, Binding, and Punching Nazis – The Ethics of Violence
Recent Comments
0 | Leave a Comment
"Thank you for this timely post. I am growing tired of all the 'am I ..."
Monica T Are You Hexed or Are You ..."
"I suspect King Solomon tested this "enjoy yourself" solution across several limits. Still, he didn't ..."
Lloyd Hargrove It’s OK to Enjoy Stuff
"For the loss of Meatloaf and any number of other celebrities was not so much ..."
kenofken It’s OK to Enjoy Stuff
"Well said, as usual.I honestly think that the idea that we, as spiritual people, can't ..."
MadGastronomer It’s OK to Enjoy Stuff
Browse Our Archives
get the latest updates from
John Beckett
and the Patheos
Pagan
Channel
POPULAR AT PATHEOS Pagan
1 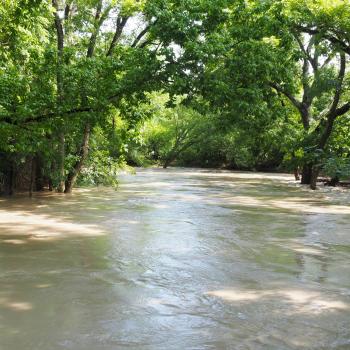