A Pagan in Texas 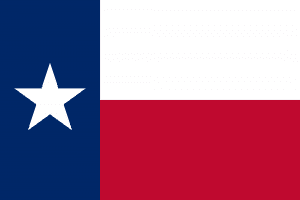 If I could live anywhere I wanted, I wouldn’t live in Texas. I’d live in Wales or Ireland, or maybe in the Pacific Northwest – some place where the climate is cooler and wetter, without being horribly cold. But I can’t live anywhere I want, at least not without making where I live more important than how I live, and more important than who I live with.

Like so many before and after me, I came to Texas for economic opportunity. My job in Atlanta was going away, a job was open in Dallas, and so I came here. It’s not where I wanted to live, but I’ve built a nice life here, and I’m happy living in Texas.

I’ve always had strong connections with the land where ever I lived, but pride in being part of a political partition of the land never made much sense to me. I’ve been honest about the problems with the cities and states where I’ve lived. I grew up hearing “America: Love It Or Leave It” and that seemed like sheer idiocy. If you really love something, be honest about its flaws and work to improve them.

With all that said, I’m starting to get really annoyed with some people who’ve never set foot in Texas talking about it like it was Saudi Arabia or North Korea.

Like all people of good will, I’m sad and angry that twelve police officers were shot and five were killed in Dallas last Thursday night. But I’m dismayed at many of the internet comments (some from my friends) that said something along the lines of “it’s Texas – what did you expect?” It’s something I hear every time something bad happens in Texas, and every time a Texas politician says something stupid.

[This post was precipitated by reactions to the Dallas shootings, and the police shootings of black men in Louisiana and Minnesota that preceded them. I held off posting it for a week to avoid implying any moral equivalency between naïve anti-Texas commentary and the prejudice and bigotry of racism. There is no equivalency: one is occasionally insulting, the other is frequently deadly.

But we are capable of addressing more than one issue at once, particularly when one is easy to remedy, and when those who need to address it generally consider themselves fact-friendly, open-minded, and progressive.]

Stereotyping and overgeneralization. Most stereotypes have at least a bit of truth in them. On the whole, Texas is a conservative state. It has elected some politicians who regularly say and do highly offensive things. Its taxes are low and regressive, making it very attractive to large corporations. Its cities are relatively new and there are few natural barriers to expansion, which has led to an explosion of suburbs and suburban values (i.e. – “keeping our children safe from them”). Our Lieutenant Governor (a fairly powerful position in Texas government) is a fascist theocrat – pro-business Republicans should be ashamed of themselves for allowing him to oust a conservative but professional Republican in 2014.

But to assume that Texas is uniformly or even overwhelmingly conservative is to overgeneralize. Barack Obama won 41% of the Texas vote in 2012, down from 44% in 2008. In 2000, Al Gore won 38% of the vote against George W. Bush, the sitting Governor of Texas.

The cities tend to be progressive. Annise Parker, an “out” lesbian, was elected mayor of Houston three times in this decade. Denton passed an referendum banning fracking in 2014, only to see the state legislature overturn it.

The problem isn’t that Texas is uniformly conservative – it isn’t. The problem is that except where progressives tend to congregate (i.e. – big cities) conservatives have a majority, and they’re able to pass much of their regressive and oppressive agenda into law. Those who claim “more democracy” is the solution to everything should be careful what they wish for. Meanwhile, those of us who are trying to act as a moderating and liberating force would appreciate your support, not your erasure and victim blaming.

Ignoring your own problems. Yes, Texas has its problems, and a state legislature that wants to insert itself in people’s private lives is at the top of the list. But Texas is hardly alone.

Philando Castile – Minnesota. Freddie Gray – Maryland. Ferguson – Missouri. Rep. Joe Walsh – Illinois. Rep. Peter King – New York. 30 states passed bans on same sex marriage and 16 were still in effect when the US Supreme Court overturned them in Obergefell v. Hodges. Abortion rights are under attack in all but the most progressive of states. Texas is very vocal about gun rights, but mass shootings are a nation-wide problem. I could go on and on and on.

Most of the problems that lead smug liberals to say “it’s Texas – what do you expect?” are present in every state in the union. That’s because they’re not Texas problems: they’re American problems, they’re Western (i.e. – North America plus Europe) problems, and they’re human problems. Finger-pointing is not helpful to the people of Texas or to the people where you live.

Eating the clickbait. Much of the “ain’t Texas awful” stuff you see is pure clickbait – Facebook posts that are exaggerations, half-truths, and outright lies.

Shortly after the UK’s Brexit referendum, a post was making its way around Facebook shouting “JUST IN: Texas Republicans DEMAND To Secede From America After Witnessing The Brexit” (no, I won’t link to it). That headline makes you think the Governor immediately called a special session of the legislature to pass a secession resolution. The actual content of the article was three random tweets and a quote from another article that mentions Texas. Pure fact-free clickbait.

The headline should have read: “A tiny group of Texas Republicans repeat their never-ending call for secession, which can’t happen legally and went very poorly the time it was tried illegally.”

Political clickbait riles people’s emotions and distracts us from our real problems. Don’t eat the clickbait.

A Pagan in Texas. I’ve lived in the Dallas – Fort Worth area for almost 15 years. I’ve visited most of the state except for El Paso and the High Plains region. It’s far from perfect, but I’m happy here, and unless my job goes away unexpectedly before I reach retirement age, I plan to stay here. The cost of living is low, the cities have almost anything you could want, and while I don’t like the heat I’ll gladly take it over the three winters I spent in South Bend, Indiana (average annual snowfall: 72 inches).

I’m part of a local Pagan group that’s been doing public circles on the eight high days for the past 16 years. We’ve never had a problem with disruption or harassment. There are Pagan groups throughout the state and when we get together we realize there are more of us than we think. On two occasions I’ve helped lead Pagan ritual in the largest public park in the city of Dallas and both times it went beautifully.

I’m part of a UU church that’s a Welcoming Congregation and is not afraid to take a stand on controversial issues. The fire we’ve been struggling to recover from was an act of random vandalism by a disturbed teenager, not a hate crime.

I freely admit I have a lot of privilege when it comes to living here. I’m a straight white man who works a professional job. That makes things easier anywhere. But I look around my workplace and I see Christians, Muslims, Hindus, Jews, atheists, and at least one Pagan. I see gay people. I see women and racial minorities in leadership positions. Say what you will about large corporations (and there’s plenty to criticize them for), most of them have realized that discrimination is bad for business.

If you’re poor and able-bodied, Texas is a good place to be – the job situation here has been far better than average through the recession and into the so-called recovery. It’s slowed a bit lately as low oil prices have shut down some of that industry, but the Texas economy is highly diverse and resilient.

If you’re poor and sick, Texas is a bad place to be. Taxes are regressive, public assistance is minimal, and Medicaid is very difficult to get.

If you’re a Democrat, Texas is a frustrating place to be. No Democrat has won a state-wide election in Texas this century. We keep expecting demographic changes to turn Texas from red to purple, but that keeps not happening – in large part because voter turnout in Texas is low, particularly among the poor and ethnic minorities. Gerrymandering, voter ID laws, and other voter suppression activities don’t help, but a sense of “it doesn’t matter – the Republicans are going to win anyway” is mostly to blame. Texas is an open primary state and I live in a red district – I frequently vote in the Republican primary to try to elect the lesser evil.

I’m not leaving the United States if Donald Trump wins the Presidency. I haven’t left Texas just because we elected Ted Cruz Senator and Dan Patrick Lieutenant Governor. Texas is worth fighting for, and so are the millions of good, compassionate, inclusive people who live here.

This is my home. Even after living here for 15 years, I don’t really think of myself as a Texan. I find my identity in my religion, not in geography or politics. There’s a lot that’s wrong with Texas, and if you’d rather live somewhere else I completely understand.

But Texas has become my home, and I’m getting pretty damned tired of people who should know better bashing it because of stereotypes, othering, and clickbait. 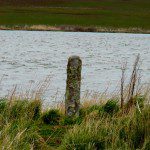 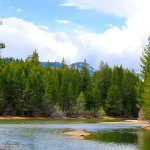