Where Are You From?

Depending on who’s asking, I may answer McKinney (where I live), Denton (where I go to church and do most of my group practice), Dallas (the nearest major city), or Texas (everyone knows where Texas is).  When a British train conductor asked if I was Canadian, I said “I’m American.”

I came here from Atlanta and before that I lived in northern Indiana.  I moved there from Chattanooga, which is where I was born and grew up.

My father’s family traces our ancestry through James Beckett, who immigrated to this country from what is now Northern Ireland around 1800.  My cousins who study genealogy say his ancestors came from Scotland.  Beyond that I go back to the migrations of Normans, Saxons, Celts and Picts.  Go back 70,000 years or so and I have ancestors who first walked out of Africa.

But sometimes when we ask this question – especially when we ask ourselves – we’re not asking about origins and migrations.  The questions we’re really asking are “where do you belong?” and “where is home?”

For me, that answer has always been Tennessee.  I grew up wandering through the hills and trees, admiring the rivers and lakes, exploring the mountains and caves.  Though the winters are mild there are four seasons, and the burst of green in the spring and the brilliant colors in the fall are amazing.  This is where I developed my love of Nature and this is where I feel Nature’s pull the strongest.  Most of my family and many of my friends still live there – their pull is strong as well.  This is home.

I felt at home living in Georgia.  The land is very similar – the dirt is just a lot redder. I feel at home in the hills of Pennsylvania where the OBOD East Coast Gathering is held, though if I had to live there through a winter I might feel differently.  I felt at home in Wales, but not in London (too urban) or in Galway (it’s lovely, but the ocean will always be a foreign place to me).

I’ve been here for twelve years, but Texas has never felt like home.

Just to be clear:  North Texas is not West Texas.  While the summers are extremely hot (a typical July or August high is in the low 100s and the low may not drop below 80), we get 35 inches of rain a year on average.  It’s drier than the Southeast but it isn’t a desert.  Before we started paving it over, the land was mostly prairie with mesquite and live oak trees.  And while there are no mountains, the land isn’t flat the way the Midwest is flat.

Texas doesn’t feel like home.  But I belong in Texas.

Like so many immigrants, I came here for a job.  That job is still going and while nothing is certain in today’s economy, the long-term outlook is good.  My house is here, my UU church is here, my CUUPS group is here and I have many friends here.  This is where my spiritual practice went from seeker to Druid and priest, where I started writing, and where I’ve made connections with like-minded folks around the world.  And this is home for Cathy.  She was born in Dallas and much of her family is in the area.

I belong here and I plan on staying here.  So like my ancestors who left where they were from to build a new life somewhere else, it’s long past time to make Texas home.

I’ve never had an issue with the spirits of this land – we seem to get along just fine.  But while my animist friends might disagree, the spirits of the land aren’t the same thing as the land itself.  Still, if I work to strengthen the relations between us – through offerings and meditations – I imagine I’ll begin to see the land more like they do, and this will begin to feel more like home.

I talk a lot about spending time outside, and I enjoy walking, following the sun and moon, and holding individual and group rituals outside.  But at least for now, I think I need to shift my emphasis from “going outside and doing this or that” to just “going outside.”  There is a beauty to this land.  It’s not the same beauty as Tennessee, but it is beautiful in its own way.  I need to learn to see that beauty, and to feel it.  While there are no forests or mountains nearby, there are some nice parks, and I’m rather fond of my own back yard.

The interaction of humans with a place has a tremendous impact on how other humans – and other creatures – experience it.  When you grow up in a place, you experience its heritage and you learn its history.  When you move there as an adult, that comes much harder – particularly in a place that’s as new and as fast-growing as the Dallas – Fort Worth area.  But I happen to live with someone who has a degree in history from the University of Texas – Dallas, so I have a nice assortment of Texas history books to choose from.

I’m well aware that much of Texas history – and its contemporary politics – doesn’t line up particularly well with my values.  So be it.  If I’m going to live here, I need to understand the bad as well as the good.  Plus I’m a spiritual descendant of the folks who founded the Denton Unitarian Fellowship in 1949 – I’m proud to continue the tradition of promoting liberal religion and progressive ideas in Texas.  Besides, demographics are catching up with the far right… just not fast enough.

I haven’t lived in Tennessee in almost 20 years, although I visit there a couple times every year.  It will always be where I’m from, and it will always have a special place in my heart.  But it’s time to make Texas my home. 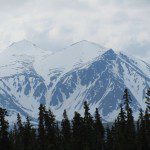 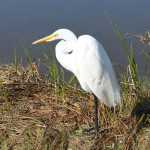 April 22, 2014 Earth Day Is Worth Celebrating
Recent Comments
12 Comments | Leave a Comment
"That's just it: our cultural and physical surroundings have become so different that even the ..."
Ingeborg Nordén Is it Lughnasadh without Lugh?
"Following up to my last observation: the only recorded festival in Scandinavia at this time ..."
Ingeborg Nordén Is it Lughnasadh without Lugh?
"John your one of my favorites keep up the good work. I don't always comment, ..."
chuck faircloth 13 Year Blogiversary of Under the ..."
"Normally I wouldn't even consider a book on Heathen magic. Not because there's anything wrong ..."
MadGastronomer Elves, Witches & Gods
Browse Our Archives
get the latest from
John Beckett
Sign up for our newsletter
POPULAR AT PATHEOS Pagan
1