Heaven Is For Real – A Pagan View 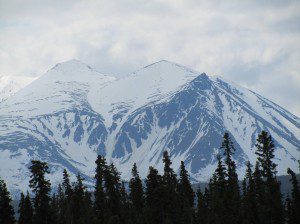 One of the good things about internet news and social media is that it’s easy to find people and things you like. The downside is that you can miss things outside your interest zone that are generating a lot of attention in other circles. Since I mainly hang out in the Pagan, UU and liberal corners of the internet, I was a bit surprised when I surfed across reviews and commentary on some very popular books I had no idea existed – books by people who died, went to heaven, then came back to tell their stories.

Heaven Is For Real was written by Todd Burpo, whose four year old son died during surgery, then came back and told of meeting Jesus in heaven. 90 Minutes in Heaven is the story of Baptist minister Don Piper, who was in a serious car crash, was pronounced dead on the scene, but after an hour and a half came back to life and told of visiting heaven.  23 Minutes in Hell is somewhat different – author Bill Wiese didn’t die, but visited hell in a vivid dream he has taken as a message from his God. These are the three I came across in a brief search – a bit of googling shows there are more.

I found three general responses to these books. The nominally-Christian mainstream culture is eating them up. Heaven Is For Real spent three weeks at the top of USA TODAY’s Best-Selling Books list. Other books on heaven have sold well, while the book on hell unsurprisingly sold poorly. We don’t know how the public is interpreting these books, but clearly they address an interest and a curiosity. For all our advances in science and technology, we don’t know any more about what comes after death than our Neolithic ancestors and we’re eager to find out.

Skeptics view them with scorn. Susan Jacoby, who writes an atheist blog for The Washington Post, said “What is truly disturbing about this book’s huge commercial success is that it attests to the prevalence of unreason among vast numbers of Americans.”

Fundamentalist Christians don’t like them either, because the stories they tell don’t line up perfectly with their doctrines of the afterlife, or at the very least are “extra-biblical.” Calvinist blogger Tim Challies said “Some are liars, some are sincere, I am sure. Some have had a Near Death Experience, whatever a Near Death Experience is. We need to be very cautious because the fact is that Satan is capable of manufacturing experiences.”

I haven’t read any of these books and I don’t intend to. The reviews and commentaries are enough to tell me what they’re about – beyond that I have other things I’d rather spend my time reading. But they present an excellent opportunity for us to take a fresh look at the topic of unverified personal gnosis – UPG.

The “I went to heaven” stories are good examples of UPG – religious experiences that are intense and powerful, but mystical and very subjective. Don Piper is convinced he went to heaven, while the rest of us have no way of knowing if he’s right, mistaken, or lying. If we assume he’s not lying (an assumption that’s problematic with strangers, easier with friends, and certain when we’re evaluating our own UPG) the question becomes one of interpretation.

Most religions started with UPG: Yahweh spoke to Moses, an angel spoke to Muhammad, the Buddha received enlightenment. Over time, though, traditions and scriptures arose and religions became fixed. This isn’t entirely a bad thing – traditions are things that are repeated because they’re meaningful and helpful. A strong deposit of tradition and lore means future generations don’t have to keep reinventing the religious wheel.

If we declare that any UPG that varies from ancient myths and known history can’t be authentic, then we’re no better than the fundamentalists who reject the “I went to heaven” books because they vary from the Bible. And unlike what the Abrahamic religions claim for their God, our Gods and Goddesses can and do change – we have far less excuse for this approach than they do.

Of course, if we accept everyone’s UPG at face value, we’ll constantly be bouncing from wild claim to wild claim. That way lies chaos.

So what of the people who say they went to heaven and came back? I’m inclined to accept their experiences as real. They’re in line with many religions’ and traditions’ views of the afterlife and with many reports of near death experiences. As a polytheist, I have no problem believing a Christian would meet Jesus after death – I hope I’m a good enough Pagan that Cernunnos or Danu or Morrigan will guide me across the Veil when my time comes.

Where I part from Burpo and Piper and company is with their claim that their experiences validate orthodox Christian beliefs. Ironically, that puts me on the same side as the fundamentalists. But while the fundamentalists argue that these experiences of heaven are at odds with the Bible (or rather, with their interpretation of the Bible) and therefore cannot be true, I argue that such interpretations attempt to force mystical experiences into material containers. That’s like trying to figure the batting average of a football team.

In the end, I look at these reports as more data points supporting the idea that whatever comes after death will be good.

And what of those who say they visited hell? I am a committed universalist who categorically rejects the idea of infinite punishment for finite transgressions against arbitrary rules. But the stories our ancestors told about the afterlife aren’t all light and love – the Greek Prometheus and Sisyphus come to mind – and sometimes what cannot or will not be learned with gentle instruction can be learned through suffering. And all you have to do is turn on the TV to realize there are thousands of hells causing great and needless pain, right here right now.

As with the visions of heaven, visions of hell are mystical experiences and attempting to interpret them literally and materially is unhelpful. They are reminders that not all is right with the world and it is our responsibility to do something about it.

One of the advantages of polytheism is that affirming our Goddesses and Gods doesn’t require us to deny the reality of other deities. The same holds true for the unverified personal gnosis of the followers of other religions. Because we don’t have an attachment to the details – we don’t care if the streets of the Christian heaven are gold or concrete or tar and gravel – we can take an objective look at their UPG, and in the process learn to do a better job of interpreting our own mystical experiences. 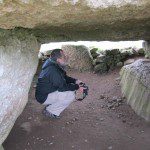 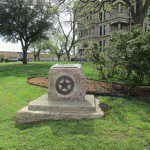 April 20, 2014 Where Are You From?
Recent Comments
9 Comments | Leave a Comment
Browse Our Archives
get the latest updates from
John Beckett
and the Patheos
Pagan
Channel
POPULAR AT PATHEOS Pagan
1