We Don’t Have to Own the Land to Honor the Land April 6, 2017 John Beckett

Tuesday’s Wild Hunt was a feature on Wade Mueller, who leads a Pagan intentional community in Wisconsin. It’s spawned an unusual amount of comments: some sympathetic, some critical, and some that make you wonder if the commenter actually read the article.

I respect what Wade Mueller is doing. Intentional communities almost always fail – this one has been going since 1999. Building a community around a place allows for a deep connection that cannot be duplicated by occasional or virtual meetings. Mueller’s intentional community flows from a similar vision as my dreams of a Druid college. I hope his community succeeds even beyond his dreams.

But there are problems. It’s not that he appears to be speaking for all Pagans when that’s not his intent (something I’ve been accused of doing a time or twenty). “Who made you the Pagan pope?” is a defensive reaction that rarely addresses a substantive issue. The problem is that some of Mueller’s comments are flat-out wrong.

“We’re not really Pagans. We have a Pagan veneer over the top of a Christian and secular life. Until we have permanent lands that we live on, are born on, and die on, we won’t be Pagans.”

I’ve written plenty about the impact of Christian and secular society on our Paganisms. It’s a problem we need to be mindful of. But to say that means we can’t really be Pagans is simply wrong.

Ultimately, Paganism is about what we do. If we honor Nature, honor our Gods, refine ourselves, and support our communities (or some combination thereof), we are Pagans. Where we live is a secondary consideration, the same as what we believe.

“We are now a religion of nomads yet all of our traditions are based on place. If we want Paganism to to move past where we are now, a social gathering, we need to do something different.” stated Mueller. That something different is to buy land to create Pagan communities, businesses, and worship centers.

Humans have always been nomads, or at least, migrants – something all Americans (North and South, native and immigrant) should understand very well. We may settle down for a few generations, but then we move on. While rooting ourselves to a particular place can be beneficial, any robust religion must accommodate human movement.

Fortunately, Paganism can do this. 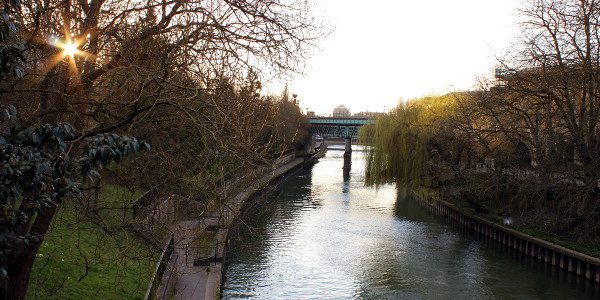 We carry our ancestors within us

There is value in living close to where your ancestors’ bones are buried. But no matter where you go, you carry them within you. You share their blood. More importantly, you share their lives: the odd saying you picked up from your mother, your grandfather’s love of Nature, a song your family brought with them from Ireland so long ago no one remembers when.

If you want to connect to them, honor them. Make offerings to them, tell their stories, call their names. Do genealogical research and study the history of their times. Every point of commonality is another connection.

Living on the same land is a good thing, but experiencing our ancestral roots does not require a connection of place.

Our Gods move with us

The spirit of the River Boyne cannot be found outside of Ireland. But Brighid? She’s here. I know – I’ve experienced Her first hand. The Morrigan? She’s made a strong connection to many people on this continent. Where ever people have gone, their Gods have gone with them.

There’s a temple to Athena in Nashville. Yes, it was built as a secular celebration of the centennial of Tennessee statehood, but things that look religious have a habit of becoming religious, regardless of intent.

This isn’t just a modern thing. The Romans carried the worship of Mithras from Persia and Isis from Egypt as far away as Britain. The stories of the Tuatha De Danann begin with Their arrival in Ireland. The literature is unclear exactly where They came from but it is clear that They moved. Whether on Their own or with Their peoples, Gods move.

We can honor the land where we are

Which is better, the excitement of a new lover or the familiarity of a long committed relationship? They’re not the same thing, but they’re both pretty good.

I’m envious of Kristoffer Hughes – his family has lived on Anglesey for 3000 years. He has a connection to that land I can never have to any land. My family has barely been in America for 200 years, and I’ve only been in Texas for 15 years. 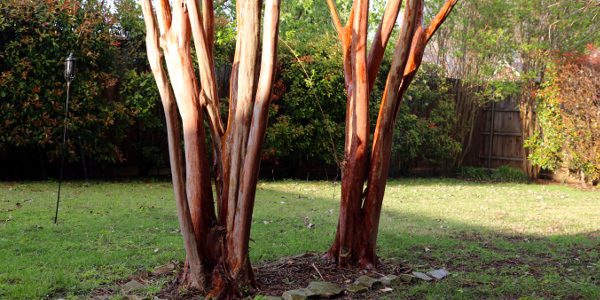 You’re renting? Do the same thing. Live in an apartment? Find a nearby park, or be like Jack Sparrow and bring land with you into your house.

Ownership has practical advantages – mainly that someone else can’t sell the land out from under you (most of the time, anyway). But I can promise you the land and the spirits of the land don’t care whose name is on the piece of paper in the courthouse. They care that you honor them with your rituals and that you respect them as you go about your ordinary life.

We don’t have to own the land to honor the land.

Paganism is about time as well as place

Wade Mueller is right that Paganism is about place, but it’s also about time. It’s about looking backward to our ancestors and their beliefs and practices. It’s about reconstructing, recreating, and reimagining those beliefs and practices to fit our lives as they are, here and now. And it’s about looking forward to our descendants and leaving a better world for them than what we inherited (a very difficult task, but that’s another topic for another time).

I lived in the same house from the time I was born until I went away for college. Shortly after Cathy and I got married, we built our own house on the back edge of that land. My connection to that land was strong, and I planned to live there forever. “Forever” turned out to be six and a half years – that’s when my job went away and we moved to Indiana, then to Georgia, then to Texas.

My story is not unique. Perhaps we should settle down and always live in the place where we were born (and accept the limitations that brings) but that is not the reality of our time. In this time, our religions must be as mobile as we are.

Paganism can do this. We carry our ancestors within us, our Gods move with us, and we can honor the land where ever we are.

Whether we own it or not. 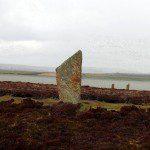 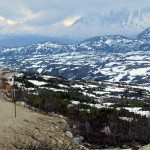