Dreams of a Druid College

Part ancient monastery and part modern university, it would be a place where Druids, Witches, and other Pagans would come to learn from and with the best and brightest.  Most would come for a short time, studying advanced topics, deepening their practices and then returning to their communities to teach and serve.  Some would stay longer, researching and experimenting and documenting their findings to share with the college and the wider community.  Others would be permanent residents, maintaining continuity across generations and insuring proper rites were performed to keep the institution committed to its mission.

There would be groves and temples, laboratories and classrooms, libraries and workrooms.  And perhaps most importantly, there would be a dining room serving coffee and tea during the day and mead and ale at night, stimulating the kind of freeform conversations that are always pleasant, frequently enlightening and occasionally bring forth ideas that change the world.

For now, ignore the tremendous infrastructure costs and the army of house elves that would be required to maintain such a college – this is a dream, remember?  But it’s a dream rooted in a very real desire – the desire for Pagans who have learned and practiced the basics to take on the challenges of deeper and more advanced subjects.

It’s also a desire for a college:  a community of peers.  Members of a local grove or coven or other group can be great friends and co-religionists, and together you can honor the gods and work great magic.  But go deep enough and eventually you run past where the average Witch wants to go.  That doesn’t mean they’re not serious about magic or not dedicated to the gods.  It means they’ve reached the limit of what they want to do and what they’re called to do.  If you want to go further you have to go alone… and that presents its own difficulties.

I can talk about Nature to anyone.  I can talk about worshipping the Horned God to most Pagans.  But if I want to discuss my ecstatic experiences of Cernunnos during divine possession, there are far fewer people who will understand what I’m talking about, and fewer still who can offer helpful observations and suggestions.

There won’t be a Druid college in this world any time soon, but the kind of support it would bring is a real need here and now.  What are growing Pagans to do? 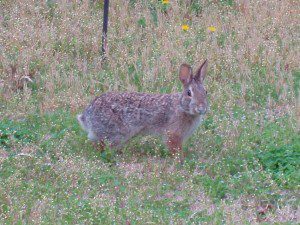 Ask yourself the question:  why do you want to grow?  Uncontrolled growth is not a good thing, whether you’re talking about cancer cells in the body or suburban sprawl or rabbits who multiply in the absence of predators.

One of the first places most people look for help with growth is published authors and well-known teachers.  It’s a natural impulse.  I mean, if they’re writing about Paganism and teaching Paganism they must know a lot about Paganism, right?

Generally, yes.  There are some Big Name Pagans whose work I don’t particularly care for, but most are experienced and knowledgeable.  The problem is that most of them make their living as authors and teachers, and the vast majority of demand for Pagan books and classes is from beginners.  If they want to pay the rent they have keep cranking out introductory books because that’s what sells.

Few Big Name Pagans actively seek students – they don’t have the time for them.  But some do spiritual consulting work.  If you’ve moved into the intermediate stage of your practice, do you really need a teacher to assign work and check your progress?  Or could a consulting session every two or three months answer your questions and keep you moving forward along your path?  If you’ve found a particular teacher to be helpful with books or classes, ask about spiritual consultation.

Be prepared to pay for it.  An hour spent talking with you is an hour not spent writing books or doing something else that pays the bills.  The Christian minister or priest you could call on for free when you were growing up was paid by their church… and even they have limits.

If you’re looking for a good example of what an advanced Pagan looks like, the Big Name Pagans who do this for a living may not be your best role models.  Check out the Lesser Name Pagans and see what they’re doing.

I read every blog on the Patheos Pagan channel.  I don’t read every post by every writer, but some I do, and I scan the main page every day to see what’s new that might be interesting.  I read The Wild Hunt every day.  Most of these blogs have blogrolls – more people who can serve as role models and more people who can inspire and inform you as you try to move forward.

If you’re an intermediate to advanced Pagan, these are your peers.  See what they’re doing.  Comment on their blogs.  Follow them on Facebook.  At its best (i.e. – when it’s not overloaded with pictures of cats and George Takei memes) social media can be a virtual Druid pub.  Talk to people, learn who’s an expert on what.  I like to think I’m a pretty good ritualist, but when I have questions I go to Jason Mankey.  One of the reasons I interviewed Sharon Knight was because I wanted to draw on her musical expertise.

Everybody’s different.  I’m not much for idle chatter and I don’t post a lot of details of my life on Facebook.  But ask a Pagan-oriented question or raise a Druid-oriented issue and I’ll type all night.

Not every Pagan with a blog is someone you want to follow.  If you’re at the intermediate stage you should have no problem figuring out who knows what they’re talking about and who doesn’t.  And not every knowledgeable Pagan writes on a regular basis – some because the obligations of family and paying jobs don’t leave them enough time, others because they’re too busy doing Paganism to write about Paganism.

If you have a chance to meet your peers in person, do it.  As much as I enjoyed meeting and listening to Philip Carr-Gomm and John Michael Greer at the 2012 OBOD East Coast Gathering, what I enjoyed most were the conversations with my fellow Druids.  As I wrote at the time:

I think my favorite part of whole gathering was the conversation. People shared their spiritual journeys, talked about their projects and their ideas, their hopes and fears for the future, discussed the nature of the gods and what comes after death. We talked about our groves and seed groups and for a few of us, our CUUPS groups. We had the kind of conversations we’re reluctant to have in the ordinary world for fear of being seen as odd or nuts or worse.

Remember – many of your fellow intermediate Pagans are just as introverted as you are.  They also yearn for deep conversation just as much as you do.

Our attempts to learn and grow in the intermediate and advanced stages are not helped by our contemporary model of education.  Our many years of schooling tell us we must have a teacher, who will present the material to be learned in the appropriate combinations at the appropriate time and who will validate that we have learned what we need to learn, after which we’ll move up to the next grade.

But so much of what I’ve learned in my Pagan studies has been self-directed.  Or it’s been inspired by something I read or heard from a Big Name Pagan or a Lesser Name Pagan in an informal setting.  There have been periods when I worked diligently and felt like I was making no progress, and there have been times when skills and experiences and opportunities have appeared seemingly out of nowhere.  Learning comes in many ways and our contemporary academic model is only one of them.

The only constant has been the work I put in up front.  There is no substitute for in-depth study and practice.

There is also no substitute for like minded people working together and talking to each other.  When you can’t find that conversation in the physical world, seek it out virtually.  It’s not the same, but it’s still helpful. 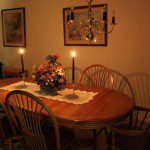