When You Hear The Call of The Morrigan

When You Hear The Call of The Morrigan July 30, 2017 John Beckett

A lot of people are interested in the Morrigan.

An Oath to the Morrigan got more page views than all my Lugh posts combined. A five year old post on her has more current interest than a new post on Cernunnos. Lest you think this is a Goddess thing, my Morrigan posts do far better than my posts on Danu, Brighid, or even Isis.

There is a hunger for information about her. But more than that, there’s a hunger for first-hand accounts of her. People are hearing the call of the Morrigan, but they don’t know how to respond.

If we lived in a polytheist society, we’d grow up learning about the Gods and how to relate to them. But in our society, even people who hear the Christian God are considered suspect, and those of us who hear the many Gods are assumed to be either delusional or lying.

This is one of the reasons I write about my first-hand religious experiences, and why I encourage others to do the same. Many of us have religious experiences. Most of them are subtle. Some are powerful. A few are overwhelming. Having these experiences is not difficult – understanding them is hard. It helps to have something to compare them to.

And it helps to have some idea of where to begin your response. 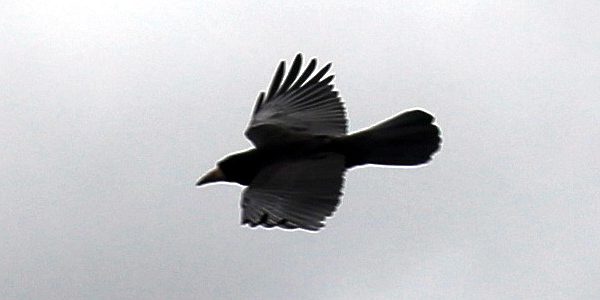 Set up a shrine to the Morrigan. Statues are great, but pictures work well too. You can light candles and burn incense if you like.

Make offerings. Red wine, whiskey, and mead are great, but clean water is almost always a good offering. Begin with offerings of hospitality – how would you respond if a respected civic or religious leader dropped into your house? You wouldn’t bankrupt yourself buying extravagant delicacies, but you wouldn’t serve them water while you drank wine either.

Pray. The Coru Cathubodua priesthood has some prayers and invocations on their website. Over time, you’ll come up with your own, for ordinary occasions and for special times. Prayer has a bit of a bad reputation among some Pagans, due to some Pagans whose prayers resemble a four-year-old’s Christmas list. But it is always good to speak to the Gods, to give thanks, and to speak the yearnings of your heart.

Meditate. Find a quiet spot, light a candle on which to focus your vision, and listen. Listen for the presence of the Morrigan. Listen for her instructions to you. Listen for her challenges to you. Mainly, listen. Sometimes you may sit for five minutes. Other times for an hour. Quality is more important than quantity, but sometimes quality only comes after you put in the quantity.

Practice regularly. I pray to the Morrigan (and others) every night. I make offerings to her and listen for her presence every Sunday evening.

Start with The Morrigan – Meeting the Great Queens by Morgan Daimler. This is a short (92 pages) guide to what is known about the Morrigan (or perhaps, the Morrigans) from literary and etymological evidence. It gives more suggestions on starting a devotional practice than I can give in a blog post, and it includes numerous references for further reading and study.

Then read The Book of the Great Queen by Morpheus Ravenna. This is a much more extensive (484 pages) look at the literary, historical, and archeological records of the Morrigan and the Celtic societies in which she was first worshipped. It’s also a guide to encountering and experiencing the Great Queen for yourself. This is the definitive book on the Morrigan. Read it deliberately.

There are other books about the Morrigan that are available. Some of them I haven’t read, and those I have read are problematic for one reason or another. I can recommend these two without reservation. 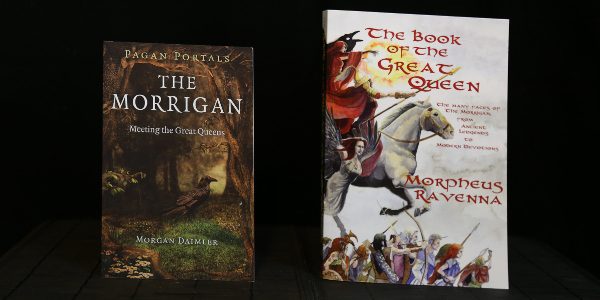 Sovereignty is the right to rule and the obligation to rule rightly. Every person is born with inherent sovereignty and worth, but our world is filled with those looking to swindle or steal your sovereignty away from you… and they’re very good at what they do.

They tell us who we’re supposed to be, then they sell us an identity. They keep us in fear so we’ll vote for them. They keep us outraged so we’ll keep watching and listening and clicking. We have to consciously and intentionally take back what is ours.

Limit your news intake. Dig for facts and don’t settle for someone else’s opinion. Always ask “what is this person trying to get me to do?” Don’t make the problem worse by sharing lies and half truths on social media. And recommit to daily spiritual practice.

Own your mind. Own your soul. Own your thoughts. Reclaim your sovereignty.

I know many people whose lives have been made better by the presence of the Morrigan – I’m one of them. But I’ve never had any of them tell me the Great Queen saved them, rescued them, rehabilitated them, or in any other way “fixed” them. I don’t know a soul who says she made their lives easier.

The Morrigan doesn’t save people. She calls people into her service. What are you being called to do?

A lot of people are called to be warriors. We can debate what it means to be a warrior outside of a military setting – the term is often thrown around rather carelessly. This 2013 essay by Morpheus Ravenna does a good job of explaining it.

Some people are called to be Ravens, to clean up the aftermath of the battle, to scavenge what can be reused, and to prepare the land for new growth. Unfortunately, I think we’re going to need a lot of Ravens in the coming days.

There’s an able-bodied tone to many of these roles – a warrior who can’t wield a weapon isn’t going to be a very effective warrior, and will soon be a corpse. But I have seen the Morrigan call people of all abilities and disabilities to her service. She doesn’t “fix” them – she puts them to work doing what they can do well.

I make a lousy warrior, but I’m a pretty decent Druid… and I’m happy to be her Druid. 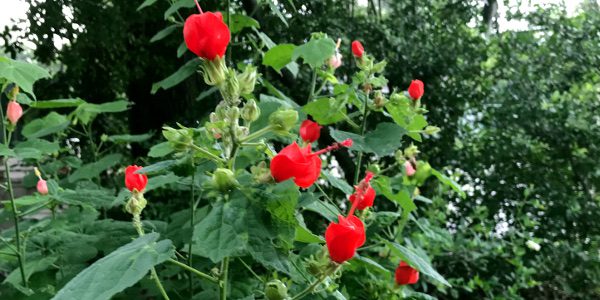 It always comes back to this. Whether you’re a witch, a Druid, or a priest; an artist, a musician, or a craftsperson; a devotee of the Morrigan, Cernunnos, or Odin: you have to do the work. Whatever it is you’re called to do, whatever it is she sets in front of you, do it.

There may be things you don’t want to do. Some Morrigan devotees have been instructed to do social justice work. Some have been told to give blood – sometimes in the medical sense, sometimes in the combat sense, and sometimes in the sacrificial sense. I’ve been asked write, and speak, and to relay some rather unpleasant messages.

Do not expect to be told why. The Morrigan has many virtues – transparency is not one of them. Do the work anyway.

People are craving knowledge of the Morrigan. The books are good, but they really want something from here and now – something that screams “yes this is real, right here in 2017!” That’s why I write about her. If you experience her or if you learn something from or about her, please share it.

There are a lot of Morrigan-related groups on the various social media platforms. A few are OK – most are rather shallow. I pretty much stay out of them. If you want to venture in, go ahead, but be prepared to be told “you’re doing it wrong!” when your experience doesn’t match someone else’s, or “you can’t tell me what to do!” when you pass along a message that others find challenging.

I’ve been blogging for nine years. I learned a long time ago that the only thing I can control is what I write. I can’t control how other people read it. Now, if more than a couple people misunderstand my point, that’s probably a sign I didn’t do a good job of writing. But if people don’t like what I have to say? That’s their problem, not mine. And that goes double if I’m writing on behalf of a deity.

So grow a thick skin. But share your experiences. 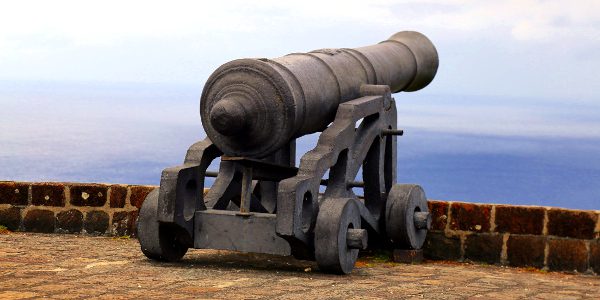 Stay on the battlefield

The storm is here… and I’m not talking about politics. Or at least, not only about politics. This is not an apocalypse – there will be no great destruction followed by some great awakening. Things are gradually getting worse, or at least, more complicated. Old structures are being torn down, and those in power are doing anything and everything to make sure they remain in power.

World War I was supposed to to be “over by Christmas” – it lasted four and a half years. In 2002, Donald Rumsfeld said the Iraq War would last “five days or five weeks or five months, but it certainly isn’t going to last any longer than that.” We all know how that turned out.

I don’t know how long the storm we’re experiencing will last, but I do know it won’t be over any time soon.

Stay with it. Take care of yourself, but stay with it. You are needed or you would not have been called. Keep doing what you’re called to do.

People are hungry for information about the Morrigan. They yearn for direct experience of her. They wonder how they should respond when they hear from her. There are many ways to respond – this is one way, a way that’s been shown to work.

So respond in this manner. Or respond in another way. But if you hear her, respond. 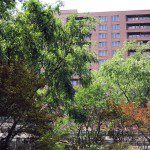 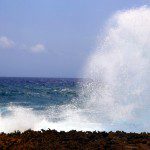 August 1, 2017 Am I Hearing a God or Am I Going Crazy?
Recent Comments
0 | Leave a Comment
"aAmazing, I hope you will like this also How coronavirus is Changing Candidate Screening."
Shubham Verma Fear of a Falling Birth Rate
"That's certainly become true of AIDS as time has gone on, and accounts of gay ..."
Gordon Cooper There Are Four Lights
"An awful lot of the discussion around this depends on how we conceive of time ..."
Gordon Cooper A Pagan Theology of the Dead
"I was pointed to this by a friend.Many years ago I shared a house with ..."
William Klett Dealing With Door Knockers: A Pagan ..."
Browse Our Archives
get the latest updates from
John Beckett
and the Patheos
Pagan
Channel
POPULAR AT PATHEOS Pagan
1