Talking to Kids About Charlottesville

I’m Facebook friends with quite a few ministers. Most are UUs – a few are in other denominations. As news of the Alt-Right / White Nationalist / White Supremacist / Neo-Nazi rally in Charlottesville started to intensify on Saturday afternoon, and then the murder of Heather Heyer became known, I started seeing my minister friends announce they were going to work. Some were preparing statements and some were throwing out their sermons and writing new ones. A few of my Christian friends posted “if your church doesn’t talk about Charlottesville tomorrow, that tells you all you need to know about them.”

The first thought that popped into my head was “I wonder what our minister is going to say tomorrow?”

Which was immediately followed by a stark realization: our minister was off this Sunday. I was going to be in the pulpit.

Now, I have an earned ordination. I accept the title of priest because I have taken priestly vows and I do the work of a priest. But I am not a UU minister and I have no authority in Unitarian Universalism beyond that of “experienced lay leader.”

Still, I knew there would be people walking into the Denton Unitarian Universalist Fellowship for the first time on Sunday and they wouldn’t know that this was our minister’s week off. There would be members especially anxious about the weekend’s events. And there would be children getting ready to go back to school where they will encounter a variety of thoughts and opinions, some of which may be sympathetic to White Supremacists.

Somebody had to say something. As service leader and speaker, that responsibility fell to me.

I knew I couldn’t write a new sermon in 12 hours – my writing is slow. But that was enough time to come up with a new “message for all ages” – a children’s story. Even that was a challenge – I didn’t settle on how I was going to approach it till I got out of the shower on Sunday morning, and I never got a full “script” memorized. I had to wing it, which isn’t something I do well. My wife told me it was better in the first service than in the second. 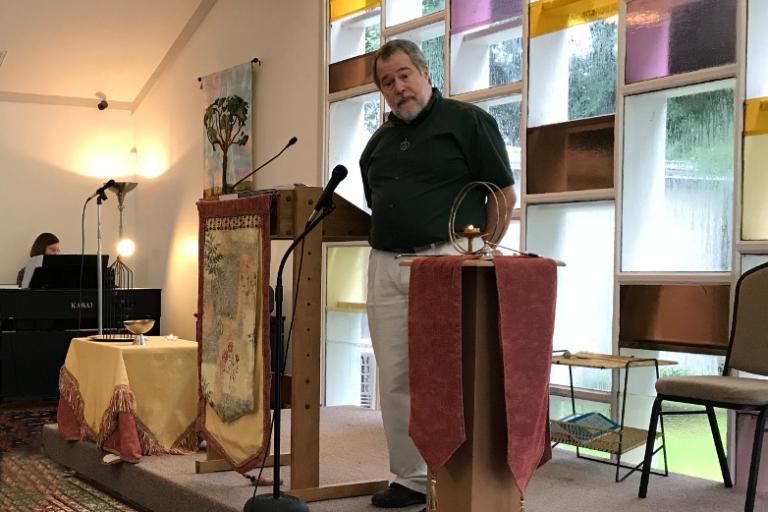 I had a nice story prepared for today. I was going to talk about the first time I tried to make sweet tea and pretty much made a disaster of it, and how years later that would lead me to make some bad assumptions in a very different situation. It’s a funny story and I may tell it at some point in the future, but this morning we need to talk about what happened in Virginia this weekend.

Some people think you’re too young to hear about these things, but when I was growing up and the adults tried to keep stuff away from me, I didn’t like it, and I always found out about it anyway. So I try not to do that with you.

We’re Unitarian Universalists, and we don’t have a lot of rules. We have principles and we have values, and when something difficult comes up we don’t ask “what’s the rule I have to follow?” we say “what’s the principle I need to live out?” Sometimes two principles are in conflict, and we have to choose one over the other.

One of our principles is the use of the democratic process. A few years ago, there was a paper on one of your classroom walls where one of you had written “everybody has a voice and everybody gets a vote.”  That sounds right, and fair.

We have another principle, the inherent worth and dignity of every person. No matter what the color of your skin, no matter what religion you follow, no matter what language you speak, you’re important and you have the right to live your life the way you’re called to live it.

This weekend, in Charlottesville, Virginia, a bunch of people came in from around the country to march for some political ideas they think are important. And I don’t much like their ideas, but we support the democratic process, and our first thought is that they have a right to say what they want to say.

But then they started talking about the people they hate, and how certain people shouldn’t be allowed in this country because of what they look like, what their family heritage is, what language they speak, or what religion they follow. And they were carrying flags from some ugly times in our history, from the time in this country when some people enslaved other people, and from the time in Germany when some people killed millions of other people because of their heritage and because of their religion.

They have the right to speak, but they were using that right to encourage taking away the inherent worth and dignity of other people.

Some other people in Virginia wouldn’t stand for that. They marched too. They said “we’re not going to have this in our town.” They carried signs that said “no room for hate” and “all are welcome.”

There were some people here in Denton last night who said “we’re not going to wait till the next time these people come out waving their hateful flags. We’re going to go out and tell everyone there’s no room for hate in Denton.” They gathered on the courthouse square and they stood out in the rain to say “if you want to use your freedom of speech to talk about how we should reject other people because of their race or religion or language, that’s not OK.”

We have principles and values and sometimes they’re in conflict. Sometimes we have to think about what’s most important. Last night a bunch of people got together to say “we support the worth and dignity of every person above all else.”

There was something else you used to have on the wall of one of your classrooms. It was a paper where someone had written “speak the truth even if your voice trembles.” Sometimes, that’s what we have to do.

Toward the end of the story in the second service, a young girl I didn’t recognize – she was perhaps 9 or 10 – raised her hand. I don’t usually interact with children during the stories – it’s not something I do well. But for whatever reason, I called on her after I finished the story.

In a very soft voice, she asked “were they Nazis?” 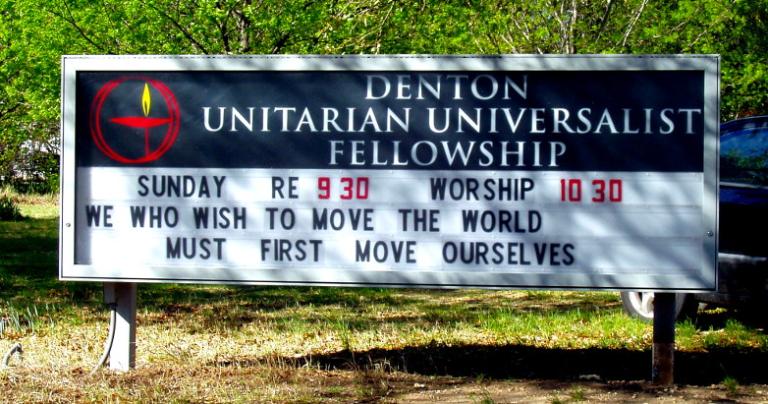 I share this story not because I think it’s a guide for talking to children about principles and values and fighting Nazis, but because in the coming days and weeks, the odds are good all of us are going to have an opportunity to speak up. A co-worker will insist “free speech trumps all.” A relative will say “Black Lives Matter is just as bad.” Someone else will say “white people are oppressed too.”

Your response will not be perfect. You will stumble over your words. You’ll forget the clever line you saw on Facebook and you’ll say things that aren’t nearly as strong as you had hoped. You may even use words you later wish you hadn’t.

And all of that will pale in comparison to the fact that you refused to acquiesce to White Supremacy and Nazism with your silence and you said something.

Speak the truth, even if your voice trembles. 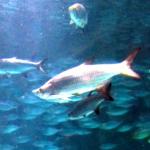 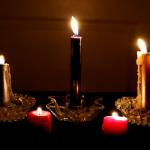 August 16, 2017 10 Things I Need To Say About Charlottesville
Recent Comments
0 | Leave a Comment
Browse Our Archives
Follow Us! 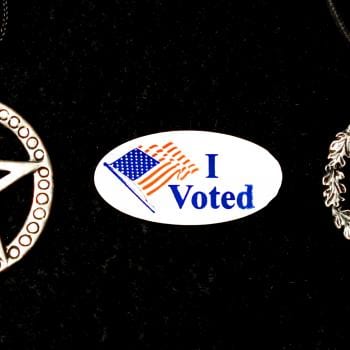 Pagan
Pagans and Politics: A Need For Both Action...
John Beckett 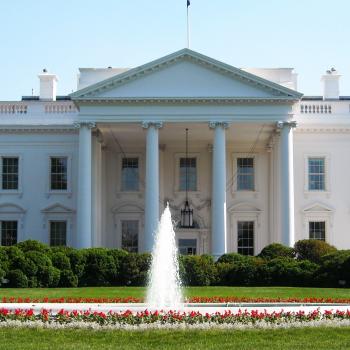 Pagan
This Is The Primary: Vote With Your Heart
John Beckett 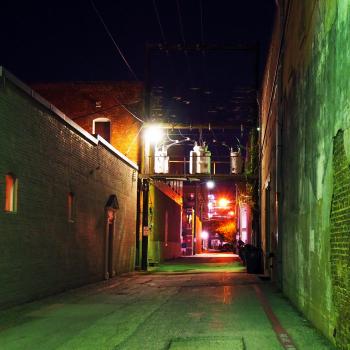 Pagan
Fear Not, then Imagine a Better World
John Beckett 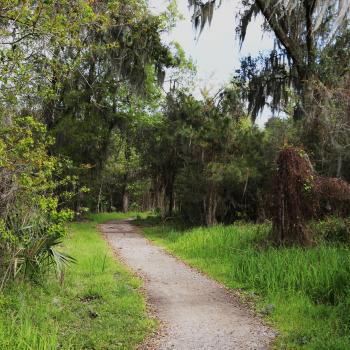 Pagan
Paganism in the 2020s – What to Expect...
John Beckett
TRENDING AT PATHEOS Pagan