10 Things I Need To Say About Charlottesville

Christian theologian Karl Barth (1886-1968) is often credited for the saying “preach with the Bible in one hand and a newspaper in the other.” Last year I tried to do the Pagan equivalent here on Under the Ancient Oaks. There was a lot going on in the political realm and I felt like I needed to say something about it.

It didn’t go over very well. My political posts weren’t well read, I didn’t particularly enjoy writing them, and every political post I wrote meant there was a religious, spiritual, or magical post that didn’t get written. Posting three times a week is my limit, and even that’s starting to be challenging.

This year I’ve mostly (though not completely) left politics to others and tried to focus on the Pagan religion I practice and encourage others to practice. That’s gone over much better, both in terms of readership and in the exchange of ideas that a healthy religion needs.

But for the past week it’s been impossible to not talk about current events. And while I don’t have a full analysis on Charlottesville in me, there are several things I need to say. 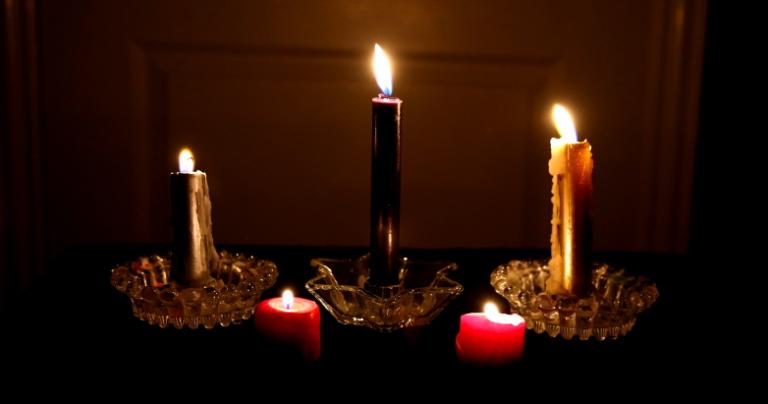 1. To hell with Nazis

And fascists, and the Klan, and white supremacists, and white nationalists, and anyone else who admires Hitler and uses the Fourteen Words.

I know, I’m a universalist who doesn’t believe in hell. I would create one for those who abuse their power and privilege to harm others. They should be thankful I don’t have that kind of power.

I’m not particularly fond of Antifa – too many of them are looking for a fight. But if anyone thinks the white supremacists just wanted to march peacefully and then go home, you haven’t been paying attention. Listen to their words – they wanted to make people afraid. They’re bullies and the only thing they understand is force.

When you say they’re both the same, you’re assuming that street violence is the worst that can happen. It isn’t. If the Klan and Nazis win, we get segregation, Jim Crow, death camps, and ovens. If Antifa wins, we get… no fascists.

I know which side I’m on.

3. If the best argument you’ve got is yelling “hypocrite!” then shut up

When the President of the United States waited 48 hours to condemn racist attacks – and before he walked it back a day later – Fox News dug up a 25-year-old video of Maxine Waters declining to condemn riots in the wake of the Rodney King beating. Whether the two situations are equivalent (they aren’t) is unimportant. What’s important is what’s going on right now and how we respond to it… or in Trump’s case, how we don’t respond.

4. Freedom of speech is not absolute

I took some flak for my post Fighting Words Are Not Free Speech back in June. Much of it was criticism of the Supreme Court cases I used as legal justification. Those complaints have merit, but I stand by the main point of the post: offensive speech is free speech, but threatening speech is not… and threatening speech is not limited to “I’m going to kill you right here right now.”

The American Civil Liberties Union is a wonderful and necessary organization and I support them 99% of the time. But they are wrong to defend Nazis. We’ve seen this movie. We know how it ends, and we know who dies before it ends. Nazis don’t need free speech. Nazis need to shut up and go to hell.

When Greggie and Douggie and some of the other Hitler Youth got home they found their pictures beat them there. Some were fired from their jobs. Some of their families disowned them. They thought being Alt-Right was cool and edgy. They forgot that this is the era of cell phone cameras, and while it may seem like half the country is fascist, a lot of folks are still horrified by this kind of behavior.

All those stories your parents told you about hanging out with the wrong crowd? They weren’t lying. I’m sure a lot of those guys didn’t fully grasp what they were doing. Hopefully they do now – they’re lucky they’re not charged as accessories to murder.

6. But if you’re going to dox Nazis, get it right

Here’s the story of Professor Kyle Quinn of the University of Arkansas, who was mistakenly identified as the marcher wearing an “Arkansas Engineering” t-shirt in Charlottesville (first time in 33 years I’ve been embarrassed to be an engineer). It wasn’t him, and people have made his life miserable ever since.

The New York Times says “Journalists at Storyful, a news agency that verifies social media content, aim to find eight to 10 pieces of corroborating information before confirming an identity.”

You’re playing with people’s lives every bit as much as the Klansmen threatening Jews and Muslims. Make sure you’re right or don’t do it.

7. Many people are on the fence

True sociopaths with hatred in the depths of their hearts are rare. But there are a lot of people on the fence, and they can be persuaded – either way. Some of them have legitimate complaints (i.e. – coal miners in West Virginia) and they’re interested when someone promises to make it right. Some have been taught all their lives that “those people” are ruining the world, and they’ve never questioned it. Some really are Hitler fans, but they’re afraid of rejection and ostracization if they express their views.

This requires a two-pronged approach. First, never let hate-filled comments slide. If you stay silent, many will assume you agree with them. You don’t have to get into a long philosophical argument, you just have to say “I believe in the inherent dignity and worth of all people.” Let them know you don’t agree.

And second, if they have legitimate complaints, listen. Our political and economic system has harmed – and continues to harm – many people. The fact that other people have it worse doesn’t make it better for them. But blaming it on the wrong people doesn’t help anybody.

Sometimes it can be hard to figure out whether the right response is “shut up you stupid Nazi” or “hey, pal, I hear you, but hating other folks isn’t going to make your life better.”

Lots of people are on the fence. Whatever you say, make sure they know which side you’re on.

8. I’m not in the redemption business

I’m a Pagan – saving souls isn’t on my list of things to do. Your soul – your responsibility.

Yes, even Nazis have inherent dignity and worth. I have compassion for them, particularly those who wandered into this vile ideology because life has been unkind or unfair to them, and even though many who have it far worse never succumb to hate. But I have much greater compassion for those they would harm. My first priority with Nazis, fascists, Klansmen, white supremacists, and white nationalists is to stop them, not to save them.

If they’re neutralized, let’s talk. If they repent (I’m not looking for a confession, I’m looking for a change of direction) I’ll welcome them back into the wider community of decent folks with open arms.

But as long as they’re chanting “blood and soil” and “Jews will not replace us” we have nothing to talk about.

9. There are many ways to respond

Some people were in the streets confronting the white supremacists. Some – including a gathering of ministers – passively blocked their way. Some stayed on the sidewalk and carried signs.

Some called their elected representatives to make their positions clear. Others talked about things in their churches and workplaces and grocery stores.

Do what you’re capable of doing, and what you feel called to do. If that’s putting your body on the line in the streets, great. If that’s whispering “no” to a racist relative, that’s great too.

And you don’t get to decide what anybody else’s job is supposed to be.

10. I’m going back to my usual blogging now

I’ve said what I needed to say, but now I need to get back to writing about Paganism, polytheism, and living a good life during difficult times. I’ll speak up again if necessary, but we must all avoid the trap of letting our opponents and enemies set the agenda. It’s not enough to be against the evildoers, we need something to believe in and to work for.

And I encourage you to do the same. 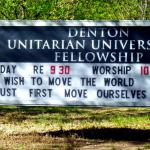 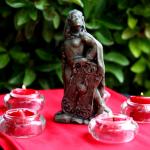 August 20, 2017 Under the Ancient Oaks: Living a Good Life During Difficult Times
Recent Comments
0 | Leave a Comment
Browse Our Archives
Follow Us!