The Inspiration of Badass Park Rangers

It’s been less than a week and I’ve already lost count of how many friends are exhausted, demoralized, or otherwise beat down. I’m not surprised. The first hundred days is when a new President tries to cram as much change into the system as he can, and other than pulling out of the TPP everything Trump is doing is harmful. Plus he’s showing the same narcissism and general unpresidential behavior he demonstrated in the campaign that makes us worry about what he might do next.

The desire to do something is strong, but it seems like nothing we can do is enough.

There’s a meme I started seeing on Facebook this morning. The author’s name is blanked out so I can’t credit them, but they deserve a lot of credit.

First they came for the scientists…

And the National Parks Services said, “lol, no” and went rogue and we were all like “I was not expecting the park rangers to lead the resistance, none of the dystopian novels I read prepared me for this but cool.”

In case you missed it, Trump banned all government agencies from communicating with the public. No press releases, no data sharing, no social media feeds, no nothing. He wants to control the message they’re sending – his main goal appears to be hiding (or destroying) data he doesn’t like, especially anything that talks about climate change.

But a President is not a CEO – these people don’t work for him. They work for us. Most are professionals who take their jobs seriously. They’ve set up independent Twitter accounts so they can continue to distribute information anyway. So far we have ‏@AltNatParkSer, @AltForestServ, @RogueNASA, @alt_fda, @AltUsda, @TheAltEPA, @AltHHS and more.

Trump doesn’t want them to do their jobs serving the public interest? They’re going to do them anyway.

You smiled when you read that, didn’t you? You cheered when you first heard it. Felt a bit of pride and a bit of hope.

Because a bunch of park rangers did their job.

The dystopian novels and movies are helpful in teaching principles like serving a greater cause, loyalty to family and friends, and the need to resist abusive authority. But they are not strategy manuals. The real world is far more complicated than fiction.

Real world examples of resistance? Those we can copy.

So take inspiration from the badass park rangers and do your job.

True, few of us have cool jobs like park rangers. Few of us are NASA climate scientists. But we all have ways we can flip the finger at Trump, Pence, DeVos, and their cabal of fascists and theocrats.

Be kind to an immigrant. Donate to Planned Parenthood. March. I’ve long had doubts about the ultimate effectiveness of protest marches, but apparently they annoy the Donald, so march away. And the marches have diverse groups who should be allies finally talking to each other… uneasily at times, but they’re talking. That’s a very promising thing.

Some of us do have jobs where we can make a difference, only they’re not our paying jobs. Are you a priest or priestess? Do your job. Are you a witch? Do your job. Do you have a second career as an artist, musician, or writer? Do your job.

The structural and environmental problems facing our country are large and they didn’t start with Trump. He’s making them worse, but he’s also calling attention to them. Start chipping away at them.

You just have to be a badass park ranger doing the job the people need you to do.

If you can’t do anything today, that’s OK. This is the real world, not dystopian fiction – even badass park rangers have to eat, sleep, and do laundry. This is going to be a long fight – take care of yourself.

And when you do your job, talk about it. No matter how small and how insignificant you think it is, tell us about it. You need to give yourself credit for it and the rest of us need the inspiration your story will bring. If somebody else thinks it’s too little to talk about they can shut the hell up. The only worthless resistance is no resistance. 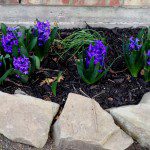 January 24, 2017
Imbolc and the Promise of Spring
Next Post 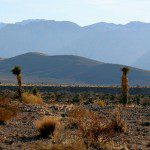 January 29, 2017 A Commitment to Truth
Recent Comments
0 | Leave a Comment
"Exactly. If doppelgangers don't exist, why is there terminology in several languages to identify them?"
Becky Dillon The Aesthetic of Witchcraft and the ..."
"Indeed, we do not get points. ;) But those that seek support for their conversion, ..."
Becky Dillon The Aesthetic of Witchcraft and the ..."
"When we wrestle with political and social change, we need to consider the nature of ..."
Woods Wizard The Dawn of Everything: A New ..."
"This comes at a timely moment for me. I have a family member living with ..."
CarysBirch Boundaries: A Meditation for Holidays with ..."
Browse Our Archives
get the latest updates from
John Beckett
and the Patheos
Pagan
Channel
POPULAR AT PATHEOS Pagan
1