Support The Wild Hunt – It’s the Liberal Thing to Do

Support The Wild Hunt – It’s the Liberal Thing to Do April 2, 2018 John Beckett

A few years ago, Cara Schulz started a bit of a controversy (and sparked some good thought) when she said “the only universals in Paganism are the Wheel of the Year and liberal politics.”

That’s not entirely true. There are Pagan conservatives and libertarians (Cara works for the national Libertarian Party). There are Pagan radicals and anarchists. And as much as we wish there weren’t, there are Pagan fascists. But Cara had a point: the majority of Pagans are political liberals of one flavor or another.

So in this post, I want to speak directly to politically liberal Pagans.

Most importantly, you think the way to make America great is to make it more like Scandinavia: high taxes supporting high benefits. You believe we have a moral obligation to use our common resources to support the common good.

We need Pagan journalism – we need The Wild Hunt

Independent, professional journalism is a critically important common good. It lets us know what’s going on in and around our community. It separates fact from opinion. It keeps us informed so we can form and refine our own opinions. It’s been recognized as a necessary part of a free society since the days of John Peter Zenger. For 14 years, the Pagan community has had our own news source – The Wild Hunt. That’s now in jeopardy, and that’s a shame – liberals of all people should understand the need for good journalism.

So Pagan liberals, I’m asking you to put your money where your mouth is. Use some of your resources to support the common good. Open your wallet, your checkbook, or your PayPal account and make a contribution to The Wild Hunt.

Did you see The Wild Hunt on Saturday? No, you didn’t. They went dark for the first time in 14 years.

Honestly, I’m surprised it took this long to happen. I’ve been a “Fall Funder” ever since TWH’s first fundraising drive, and I’ve always been proud to have my name and website link on the right side of their front page. This year’s list of contributors is shorter than I’ve ever seen. I don’t recall seeing a final amount from the Fall Funding Drive, but the last update I saw was a long way from the goal. People aren’t contributing the way they used to.

Here’s the reality from The Wild Hunt:

It takes time, hard work, devotion, and – bluntly – money to run our service. Every penny you donate keeps news coverage for our communities happening. From technology to writers, we must keep the lights on to bring news to you. Over the past 14 years, we have never put up a subscriber paywall. Instead, we have asked you, our readers, to consider supporting our work through donations.

We need our own news source

Fifteen years ago, news about us was fringe. The Wild Hunt has helped to change that. We’re mainstream, unbiased, and uniquely-skilled to cover our community without judgement.

Remember when the only time you saw Pagans in the news was when someone made fun of us, or attacked us as “satanic”? Or if we were lucky, a local paper ran a “meet the pagans” (never capitalized) fluff piece in October? The mainstream media is a little better educated now, but there are still plenty of media sources that are happy to play up lies and misinformation to feed the prejudices of their readers and viewers.

More importantly, the mainstream media is busy trying to be relevant to the mainstream so they can stay in business. They aren’t interested in our events, our artists and teachers, and the problems in our wider community.

We will only get regular Pagan news if we have a Pagan news source. We have that now – it would be a tragedy to lose it.

We need news, not advocacy journalism

There’s an increasingly prevalent idea that since truly objective reporting isn’t possible (everyone has biases, even if only in choosing what to cover or not to cover) news sources shouldn’t even try. Declare your side and preach to your choir – Fox News on one side, MSNBC on the other.

I disagree. Even if you can’t be perfectly objective, it’s important to try. It’s helpful to try. When news writers try to be objective and when they try to cover all sides of an issue, they do a better job of presenting the whole situation so I can assess it for myself.

I don’t want any news source telling me what to think. I want them to tell me what’s going on so I can figure out what I think on my own. If that means occasionally giving publicity to someone who espouses viewpoints I find offensive, so be it.

I imagine TWH Managing Editor Heather Greene cringed when she saw the title of this post. Her job isn’t to be a liberal news source. It’s to be an independent news source, even if the majority of readers are liberals. That’s what good journalism is all about.

There are good reasons for Pagan conservatives to support The Wild Hunt, beginning with the fact that they’ll seek out your position on controversial issues, even though the majority of their readers are liberals.

And ultimately, this question will be answered in a libertarian manner. There is no Pagan taxing authority – either Pagans will voluntarily support The Wild Hunt, or it will shut down.

But for those of us who are liberals – and I count myself among them – this is a moment of truth. Do we really believe that everyone has a moral and ethical obligation to contribute to the common good? Or do we only want to support the things that bring us a direct, personal benefit?

On Sunday I made another donation that matched my Fall Funding contribution. Whether you gave in the Fall or not, I encourage you to give now, either with monthly donations or with a one-time gift. Any amount helps – many small gifts add up to a significant number.

It would be a tragedy for The Wild Hunt to shut down.

If Pagan liberals allow that to happen, it will be a damn shame. 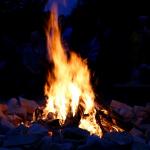 April 1, 2018
Under the Ancient Oaks: The Importance of Fire in Ritual
Next Post 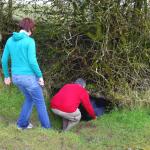